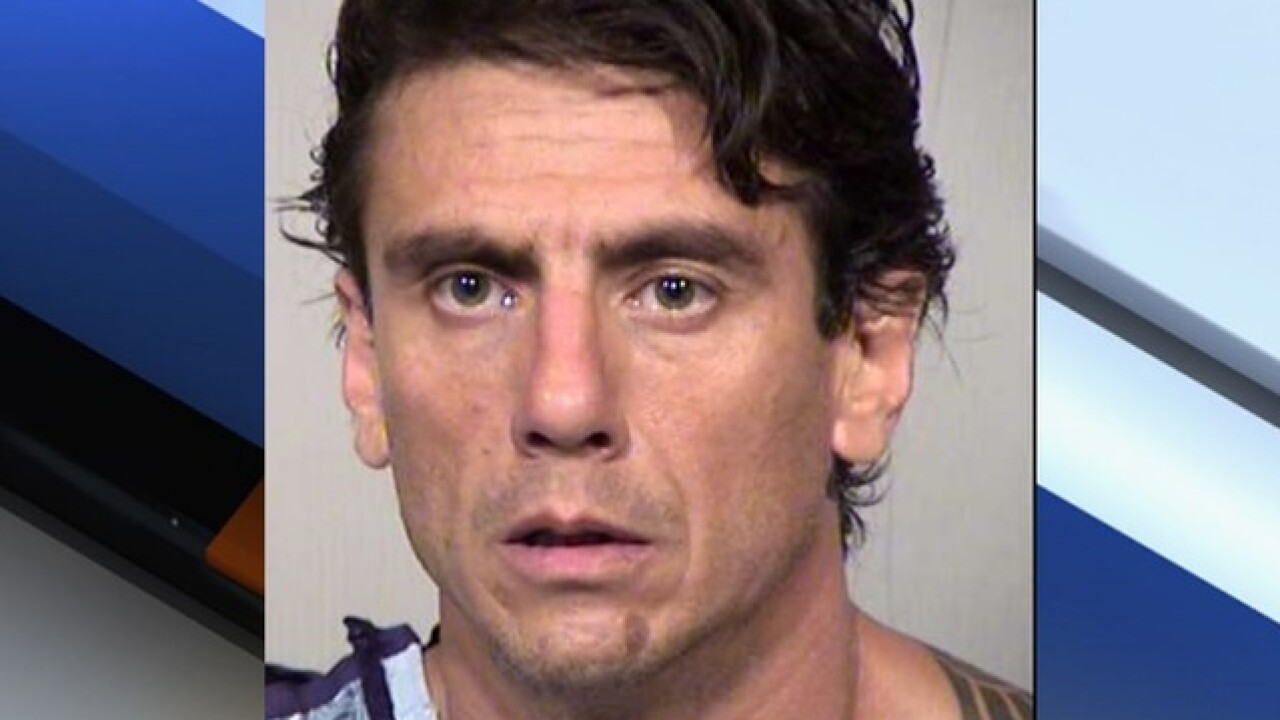 A Glendale man was arrested after he "hog-tied" and assaulted his girlfriend over the course of several hours, police say.

Glendale police report that they arrested 42-year-old Joshua Lee Richtar earlier this month for assaulting his girlfriend over a seven-hour period.

Police say on the night of August 24, the victim was helping Richtar move his travel trailer to a mobile home park near 43rd Avenue and Camelback Road.

Richtar accused her of cheating on him, and began beating her and strangling her to the point of unconsciousness. When the victim awoke, she allegedly found herself hog-tied with a rope and wire.

Over the next seven hours, Richtar reportedly continued assaulting the woman with a metal pipe, strangling her with a plastic bag, and shaving her head.

Richtar allowed her to shower, but then re-tied her. At one point, he was distracted by someone outside the trailer, and the woman freed herself and ran outside naked.

She got help from neighbors who contacted police.

Richtar's vehicle was located several days later, and police placed a tracking device on it. On September 7, police tracked the car to St. Joseph's Hospital where Richtar was having surgery. When the doctors released Richtar, police were there to arrest him.

He's been charged with kidnapping and aggravated assault.