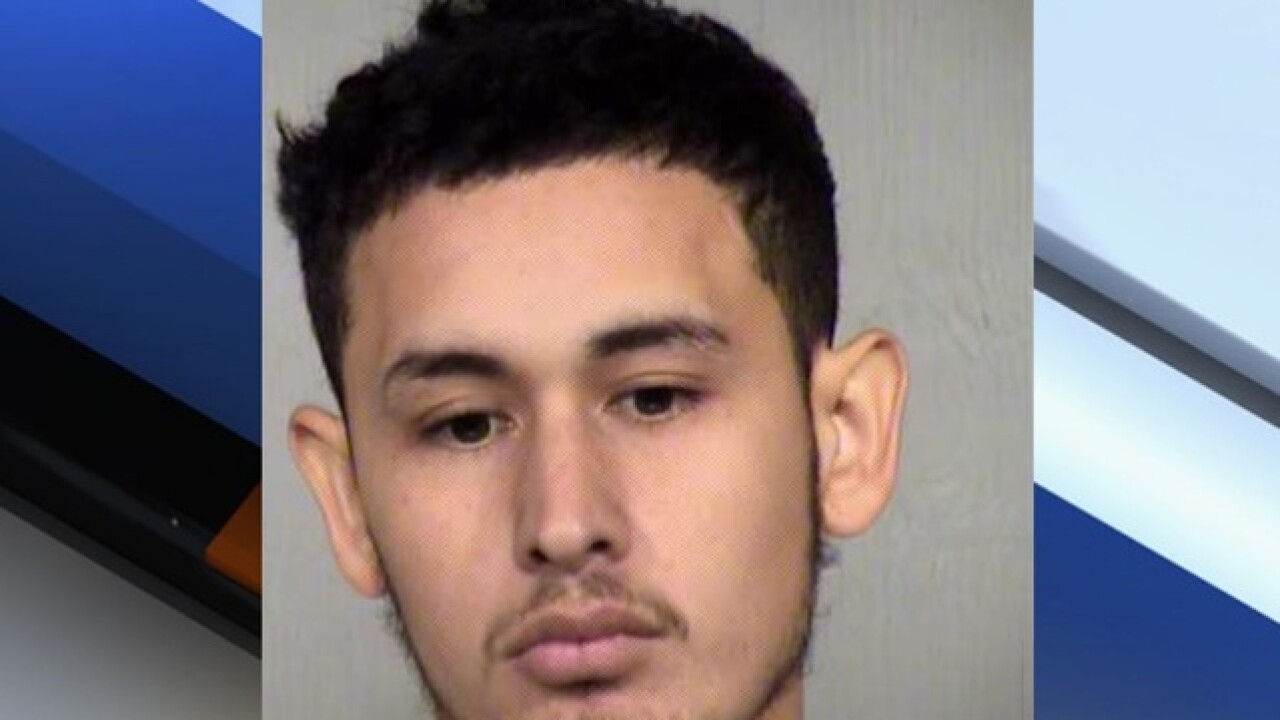 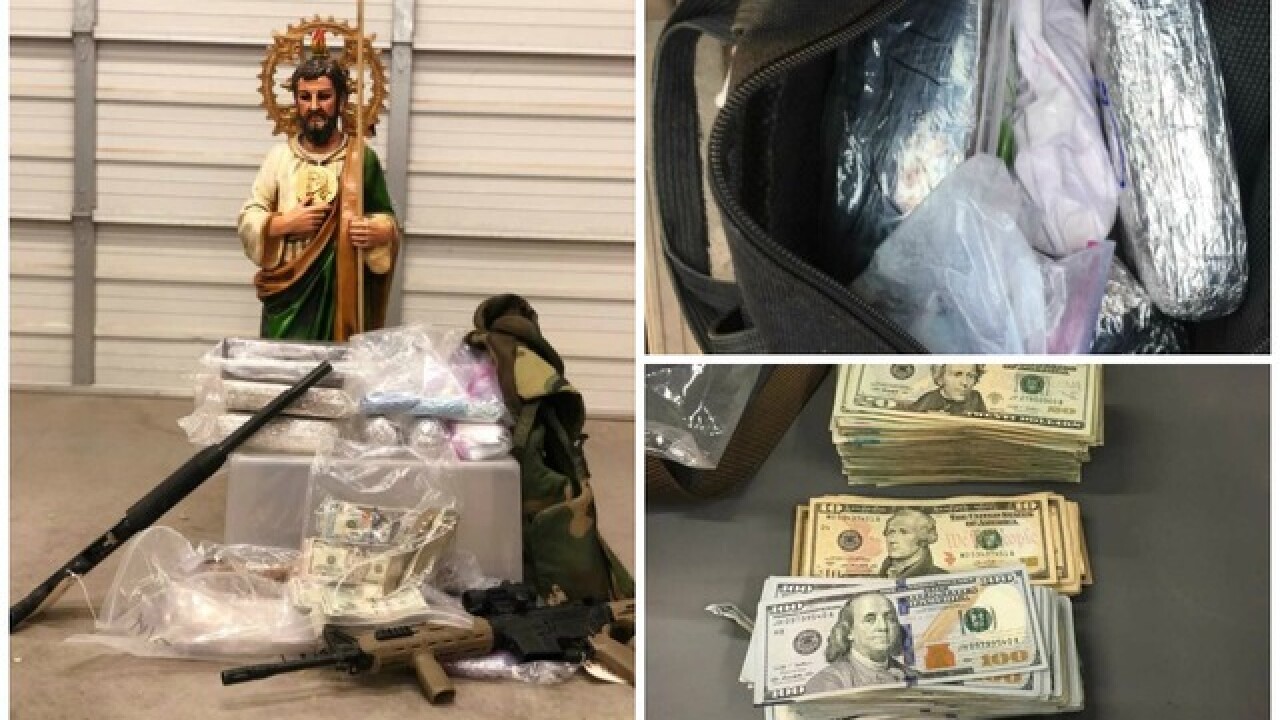 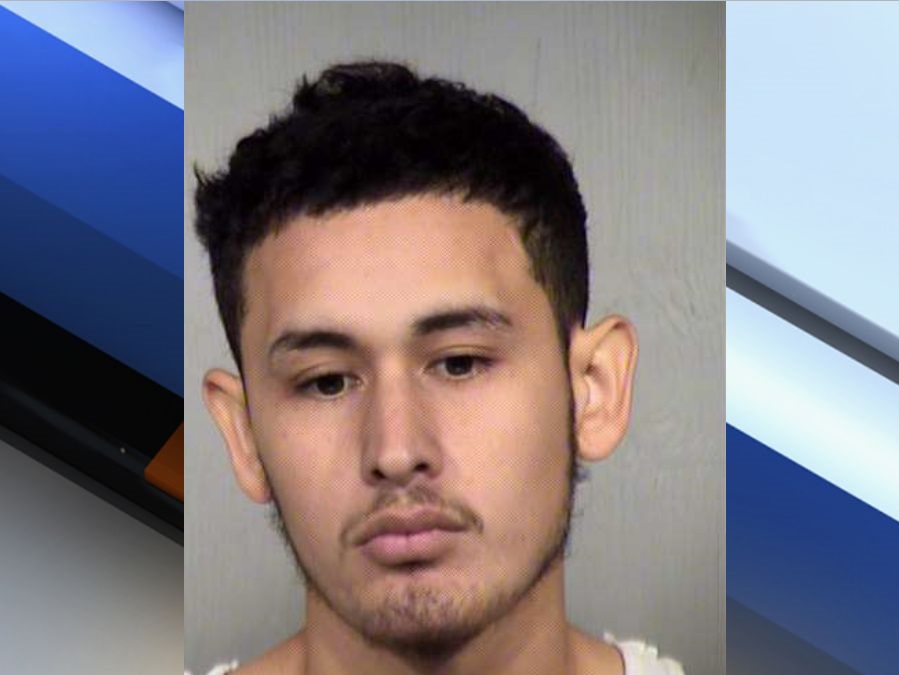 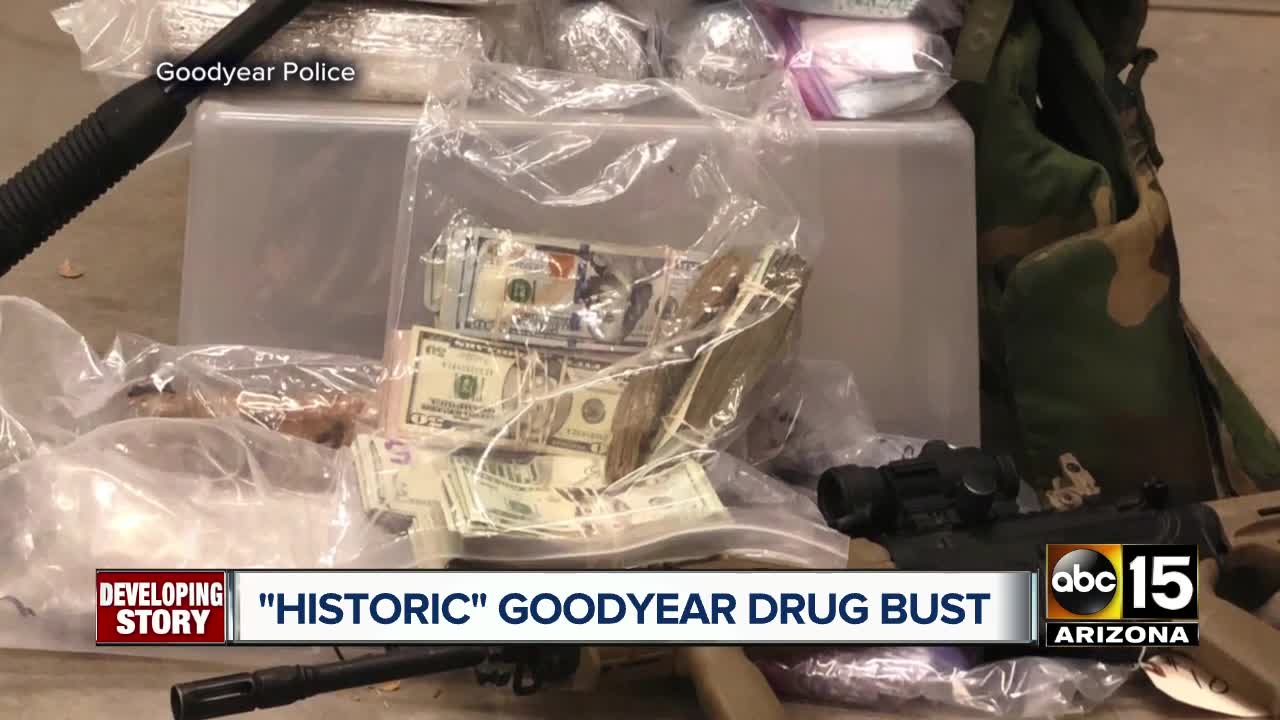 A man is accused of having pounds of drugs and cash in his car and a stolen Maricopa County Sheriff's deputy's gun at his Glendale apartment.

Goodyear police report that on Aug. 9 a patrol officer pulled over a vehicle near 99th Avenue and Lower Buckeye Road for speeding and tailgating.

The passenger, later identified as 23-year-old Diego Armando Gamez, admitted to police that he was in possession of marijuana without a medical marijuana card.

Police say in the bags they found more than nine pounds of white heroin, more than seven pounds of black tar heroin, two pounds of cocaine, more than one pound of methamphetamine, 2,500 Fentanyl pills, two grams of marijuana and $44,300 in cash.

A police spokesperson said the seizure was one of the largest ever for the department, with one caveat.

"[It's] probably one of the largest in the history of Goodyear with the exception of marijuana," said Goodyear PD Public Information Officer Lisa Berry.

Authorities say the MCSO gear was stolen from a vehicle.

Gamez allegedly admitted to being in the United States illegally and said he was paid $1,000 to hold onto the bags.

He brought the drugs with him into his sister's car because he believed he was being followed.