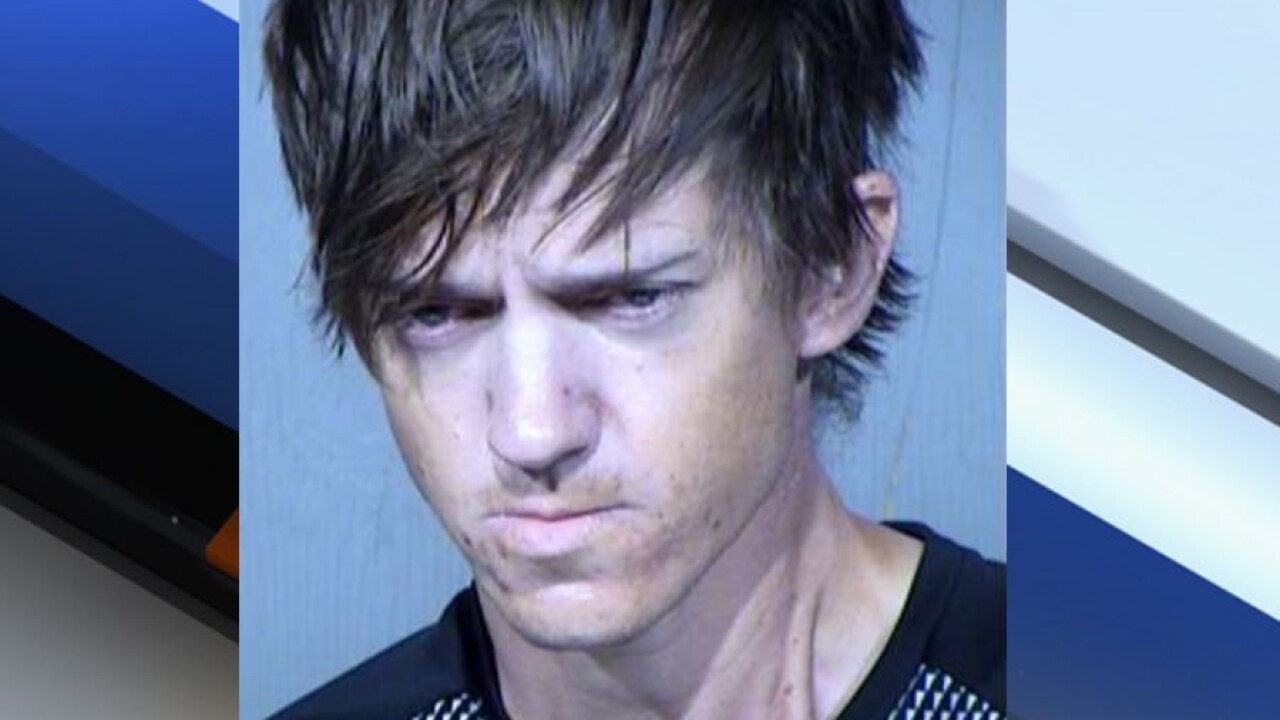 GILBERT, AZ — A Gilbert family returned to their home to find a burglar passed out from heroin on a bed.

Gilbert police report that on September 5, a family returned to their home near McQueen and Elliot roads and found 31-year-old Kyle Brian Mendiola passed out on a bed.

Police say they entered the home and found "multiple used needles with heroin residue on them." They also allegedly found a cotton swab with a "chunk of heroin on it."

The family reported to police that about $15,000 worth of items were missing from their home including jewelry and collectible coins from Ukraine. Police say they found several of the stolen coins and a garage door opener in Mendiola's pockets.

Other items were allegedly found in bags by the front door. However, about $8,500 in items are still missing, police say.

Mendiola reportedly told police that he took the garage door opener from an unlocked car in the driveway and used it to enter the home. Police say he also admitted to drug possession and bagged the items before passing out.