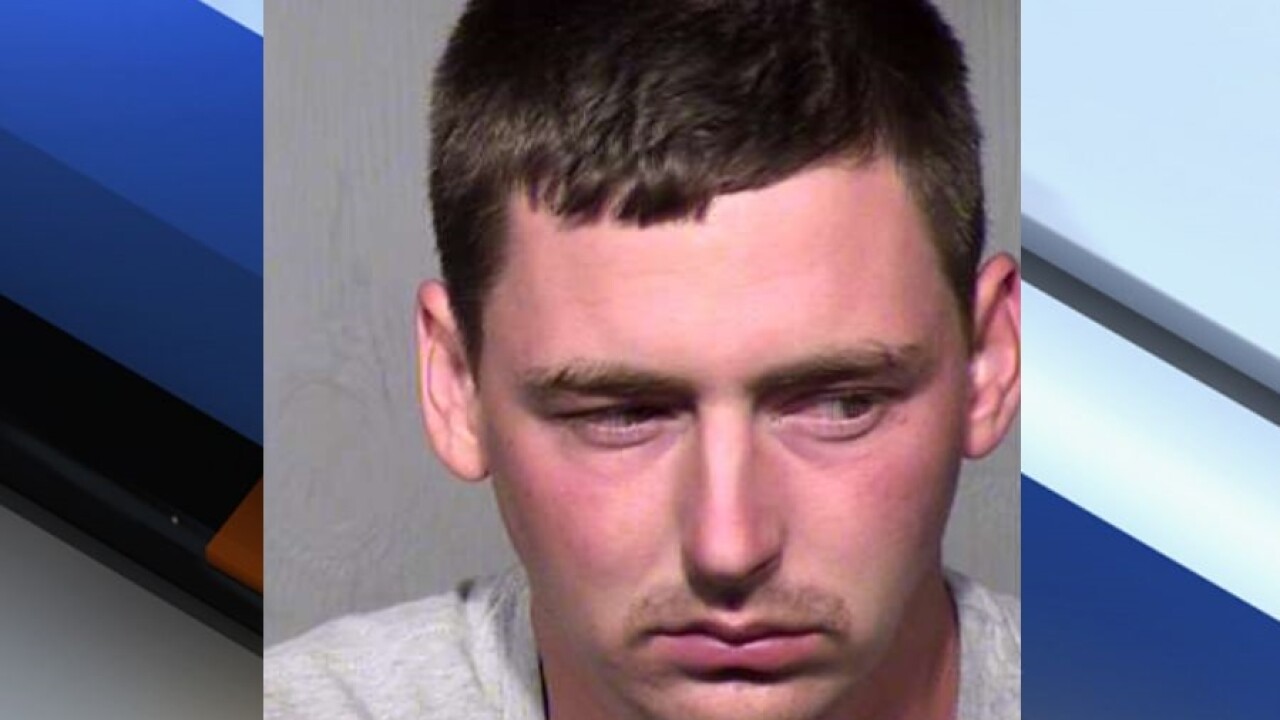 El Mirage police report that on Saturday night they responded to a hit and run crash near 121st Avenue and Thunderbird Road.

There police say they saw the victim with "heavily bandaged hands with blood seeping through." Court records show that the victim’s hand went through the car's windshield and there was a "significant amount of glass inside the victim’s hands."

The suspect, later identified as 27-year-old Edward Oeck, was allegedly driving in the wrong direction and struck the victim’s car head-on. He then left in the vehicle, eventually breaking down about a mile away.

A witness told police that Oeck got into a truck and they drove off. The witness followed the vehicle until DPS stopped it.

The driver of the truck told DPS that Oeck offered to pay him for a ride home. He agreed after seeing Oeck was intoxicated.

Court documents show that Oeck has had his driver's license suspended for DUI in Arizona and Washington State.