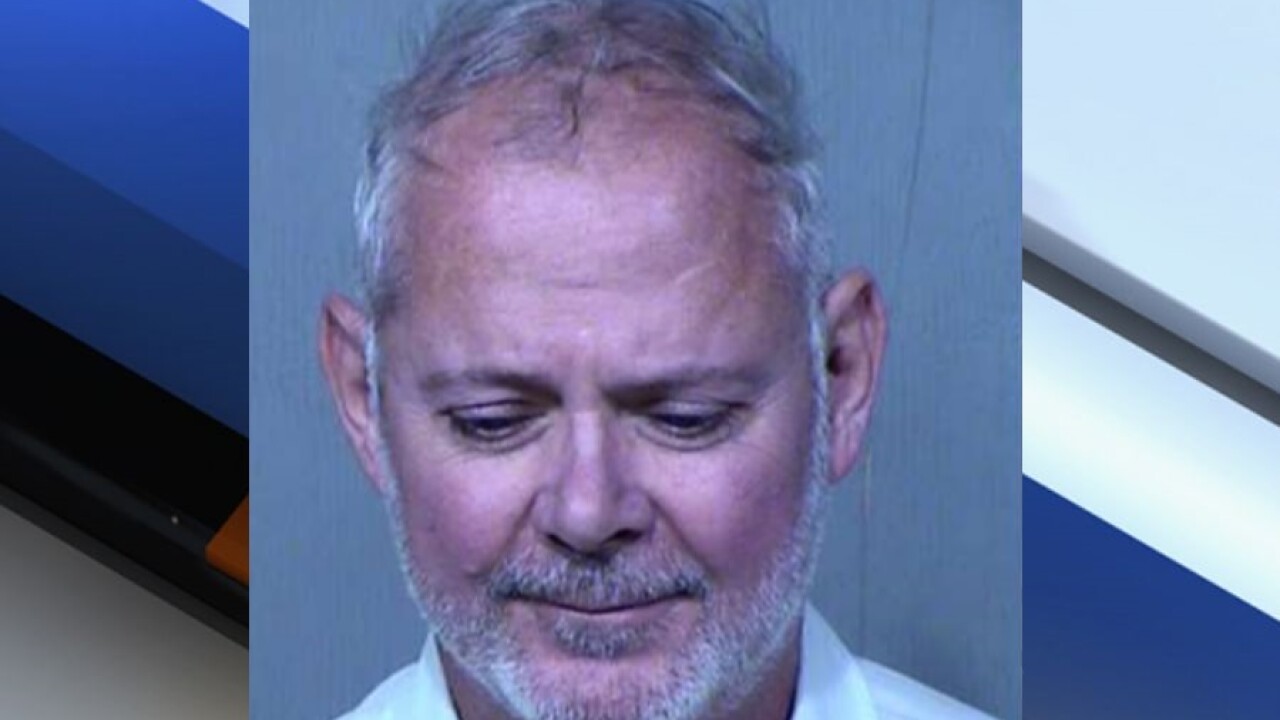 PHOENIX — A DUI suspect allegedly responsible for a multi-vehicle hit and run crash was located and arrested, according to court documents.

Phoenix police report that on the morning of November 2, they responded to a multi-vehicle hit and run crash near 7th Avenue and Thomas Road.

Witnesses reportedly told police that an older model Toyota Highlander ran a red light, struck another car and continued to drive down the road.

About two hours later, a citizen flagged an officer near 24th Street and Indian School Road saying that a man stumbled out of an SUV with severe front-end damage. The man, 57-year-old Bradley Colin Gowdy, was reportedly identified by the victim as the man who struck his car.

Police say Gowdy was driving on a suspended license and had a B.A.C. of .20.

He has been charged with extreme DUI.