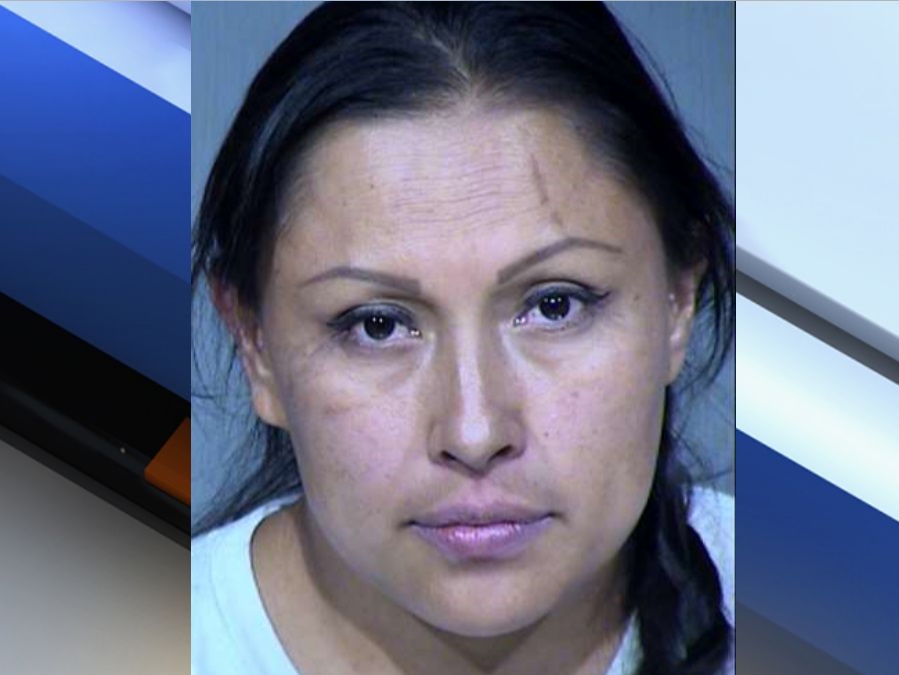 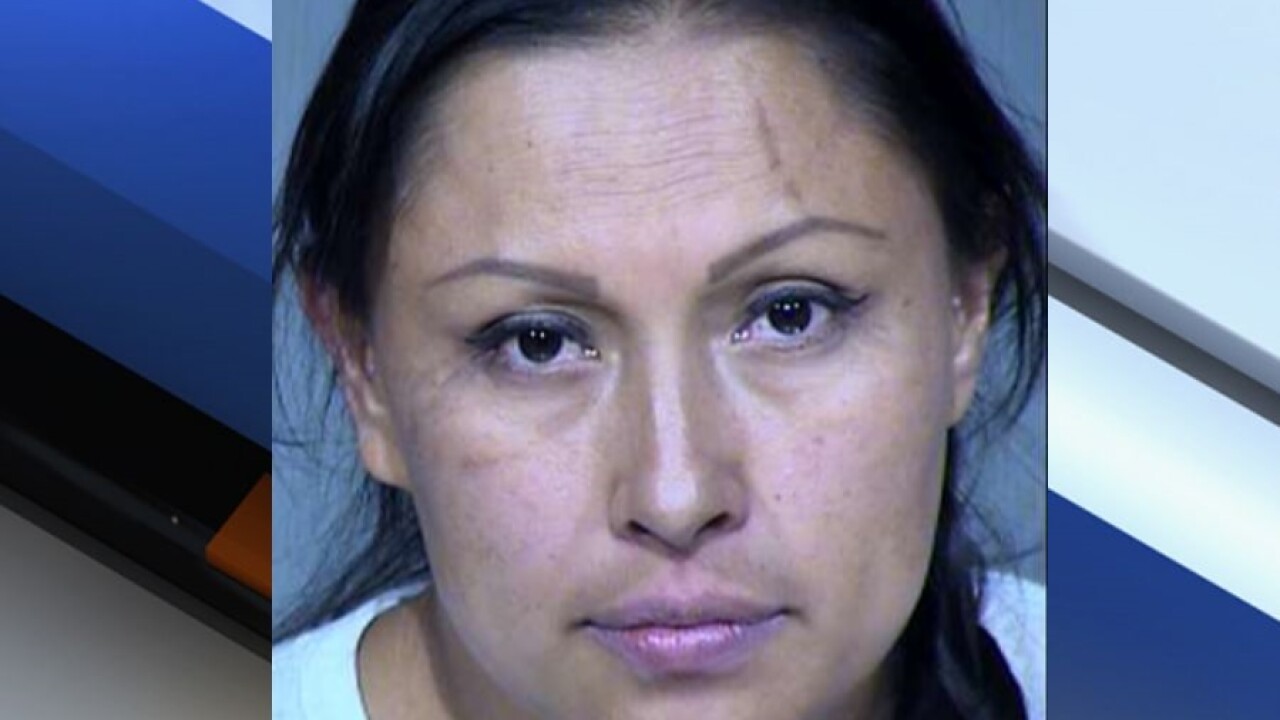 PHOENIX — A woman fled with her two children after she was involved in two DUI crashes, Phoenix police say.

Phoenix police report that on August 15, a white Chevrolet Tahoe rear-ended a car near 19th Avenue and Thunderbird Road. The driver of the Tahoe, 33-year-old Mariza Cervantes Madrid, reportedly left the scene and was followed by the victim. Police say Madrid jumped a median near 19th Avenue and Greenway Road, popping a back tire and hitting another vehicle.

Madrid continued driving to her home at a nearby mobile home park.

Police located Madrid at her home standing next to the Tahoe. Madrid allegedly admitted to being in the two collisions and said, "she felt a little drunk." Police say her blood-alcohol level was .181.

She also reportedly told police that her two children, both under five years old, were in the vehicle at the time.

Court records show that she did not have a valid driver's license.

She has been charged with extreme DUI and two counts of leaving the scene of an accident.