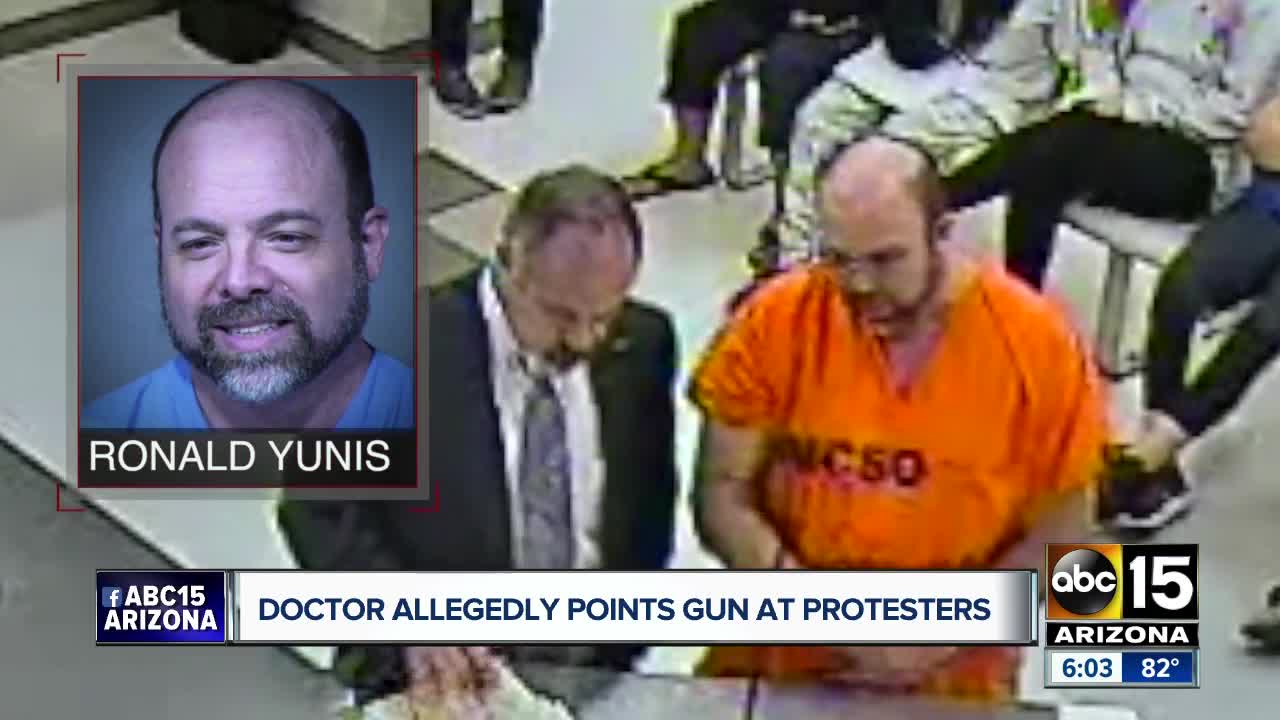 The doctor accused of pointing a gun at protesters outside a Phoenix abortion clinic is heard for the first time in court video. 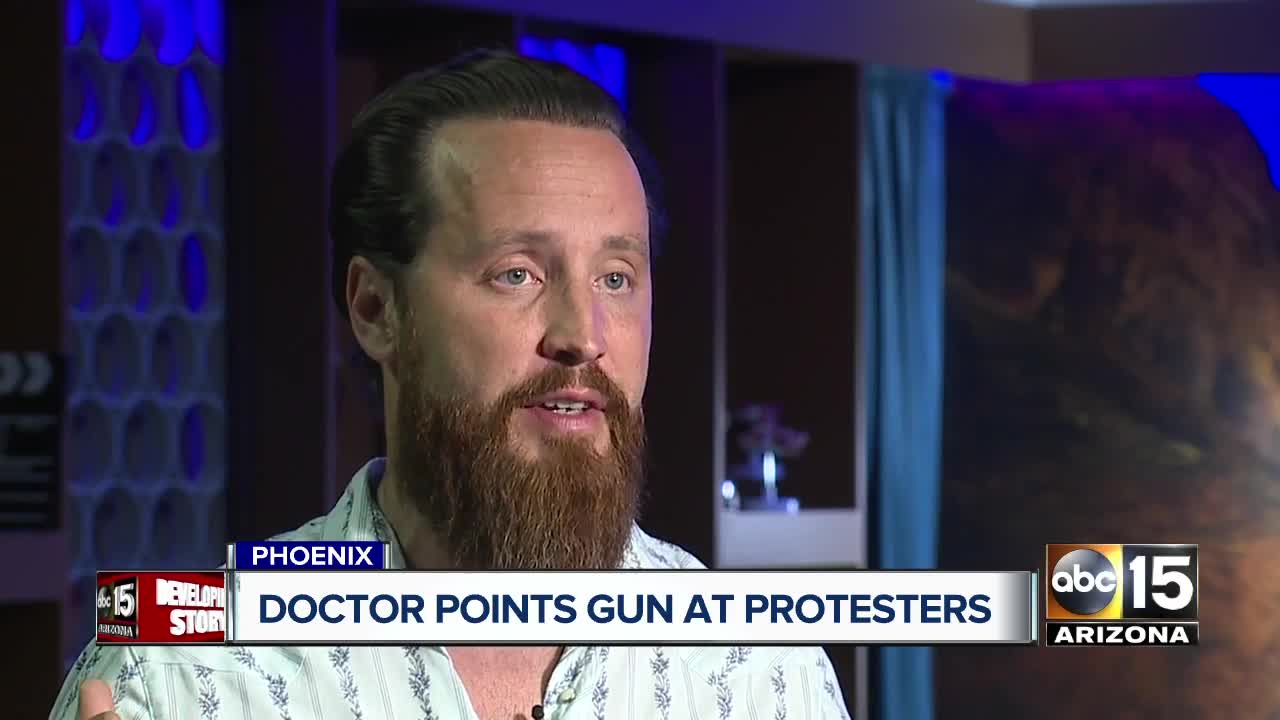 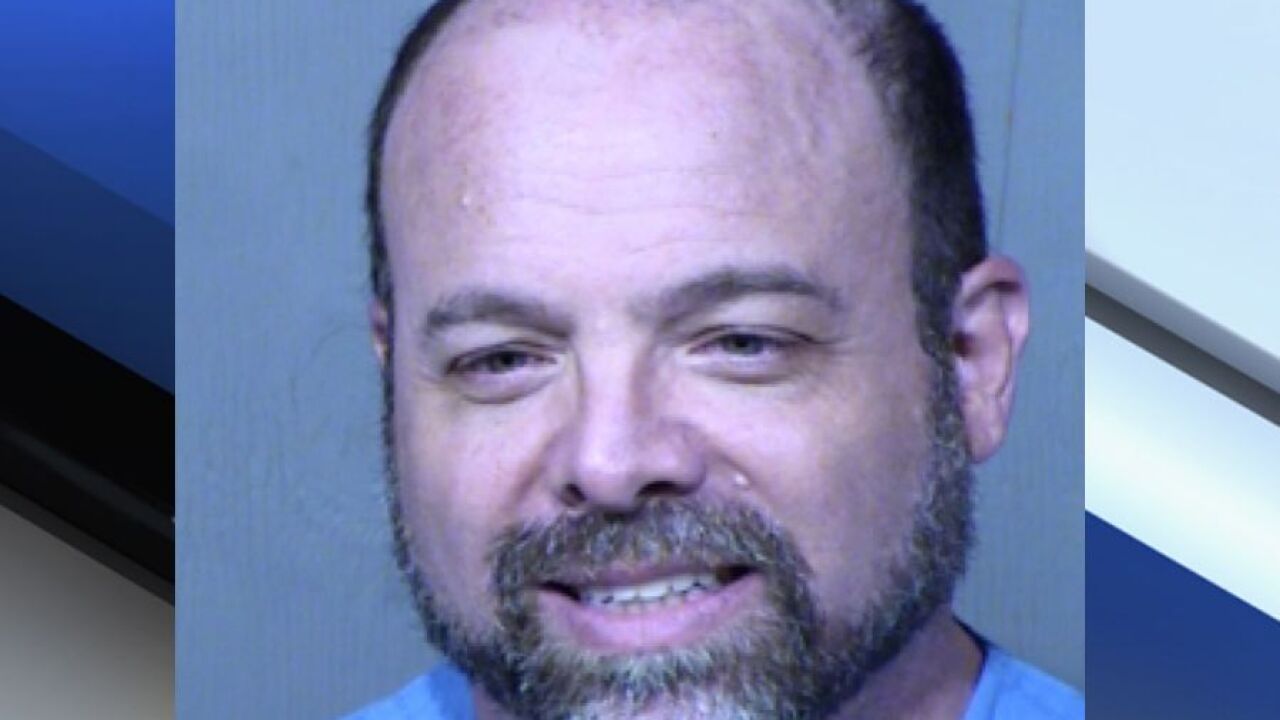 PHOENIX — A Phoenix doctor is accused of pointing a gun at a small group of protesters outside Acacia Women's Center on Thursday, October 10, according to Phoenix police.

Doctor Ronald Yunis was arrested by Phoenix police on Friday, October 18, on charges of aggravated assault, according to the Phoenix Police Department.

A YouTube video posted by Apologia Studios depicts a group of anti-abortion protesters outside the Acacia Women's Center on October 10.

As Dr. Yunis pulls out of the women's center parking lot, he appears to brandish a weapon, briefly pointing it at the protesters. ABC15 reached out to the people who made the video for comment, but as of Friday night, have not heard back.

However, Phoenix police say they did respond on October 10, "Gathering evidence, including video recorded by one of the people outside the women's clinic. The initial report taken by the responding officer was filed that day."

"The suspect at this time was unknown and officers determined that any immediate threat no longer existed as the suspect had left the location," Phoenix Police Detective Luis Samudio said in a statement. "At this point, the investigative process began, focused on gathering interviews and evidence while protecting the rights of all the individuals. The goal of this process is to determine if there is enough probable cause to make an arrest."

Dr. Yunis was arrested and booked into the Fourth Avenue Jail on charges of aggravated assault.