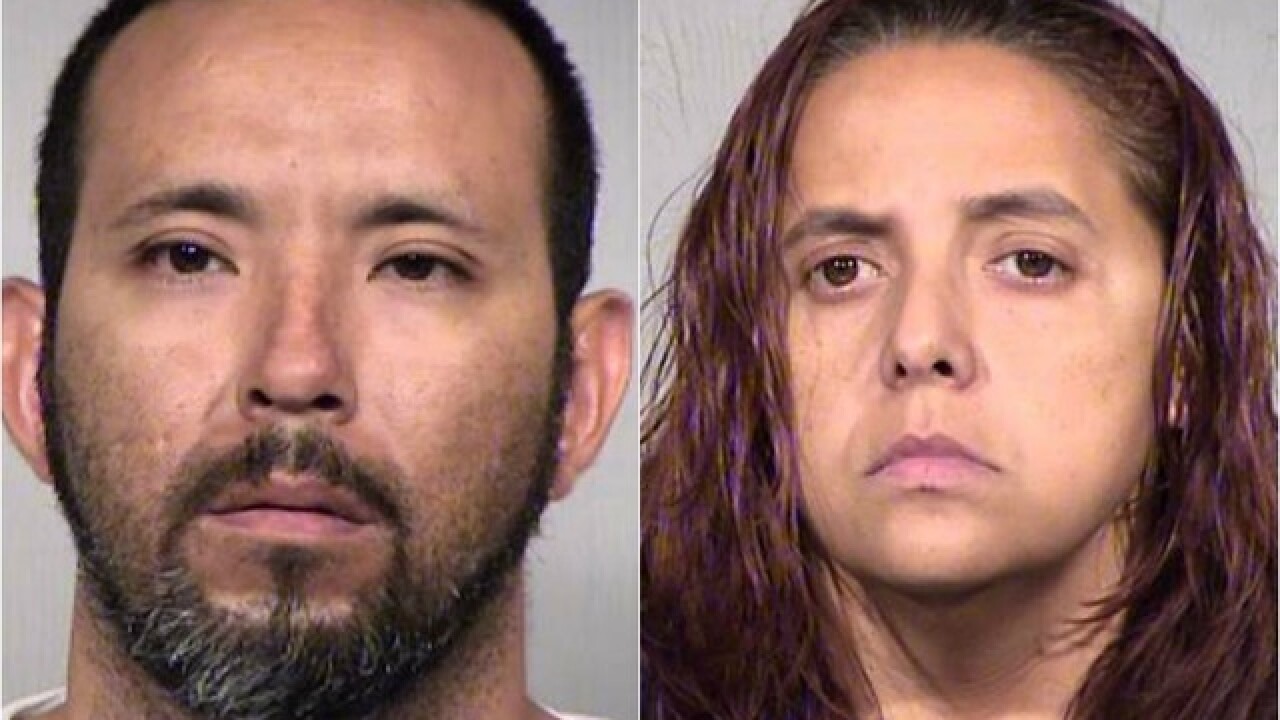 A couple has been arrested after being linked to several thefts at construction sites for new Valley homes.

Phoenix police report on September 18 they arrested 32-year-old Valentin Serratos Figueroa and Sylvia Sara Andrade, age 39 for stealing over $7,000 worth of appliances and construction material.

Police say the couple took a generator from a food truck in central Phoenix, and air-conditioning units from a new home construction site in Buckeye.

Police say they were watching on September 16 when $2,400 in construction materials was stolen from a location in South Phoenix.

They followed the pair to a home near 67th Avenue and Bethany Home Road, where they allegedly found some of the stolen items.

Other stolen materials were found in a storage locker near 55th Avenue and McDowell Road. In the locker, police reportedly found brand new air conditioners and other appliances.

The couple has been charged with theft and trafficking in stolen property.