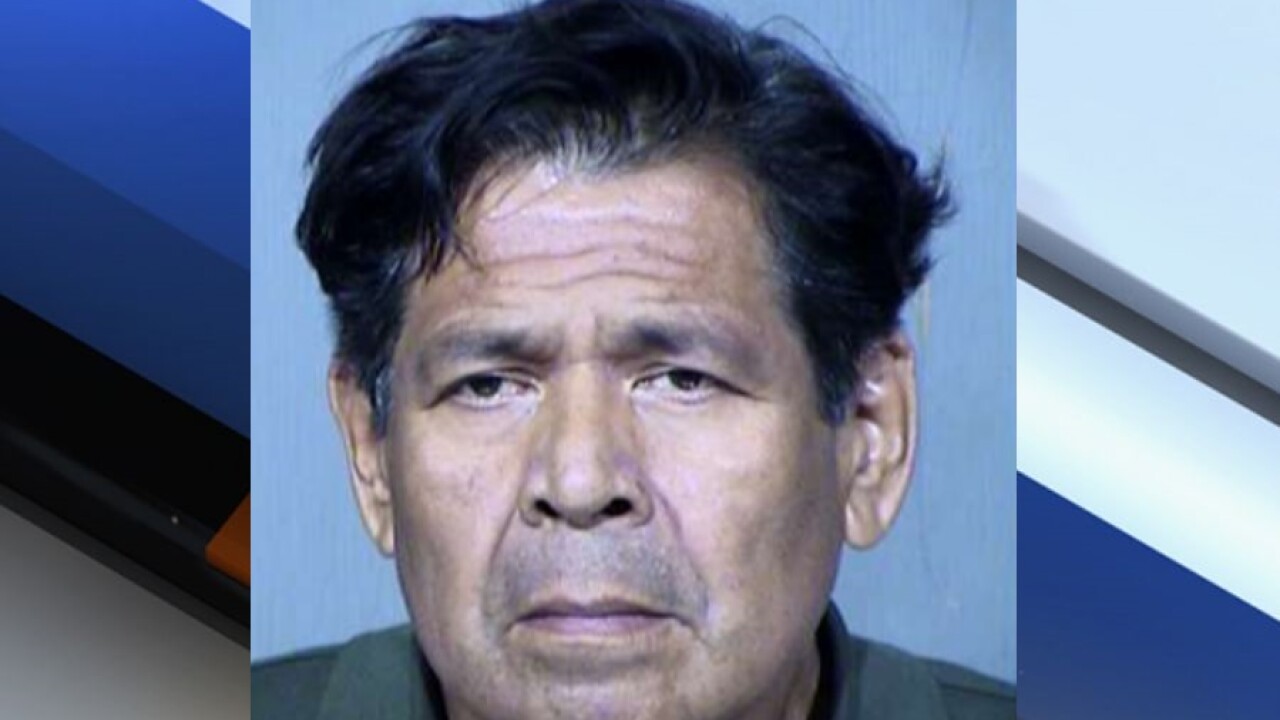 PARADISE VALLEY, AZ — The man responsible for taking care of Paradise Valley man has been accused of stealing $45,000 worth of jewelry, silverware, and forged checks, according to Paradise Valley police.

Paradise Valley police report that on November 1, they arrested Gary Joseph Galvan, 58, at his home near 44th Street and McDowell Road.

Galvan is accused of forging 12 checks from a Paradise Valley couple he worked for as a caregiver. Court records show the 12 checks totaled nearly $15,000.

Police say the man, who is now deceased, was not physically capable of permitting Galvan to write the checks due to his illness, and the only other authorized signer was his wife.

Galvan is also accused of stealing silverware and jewelry from the couple. Police allegedly found 17 pawn tickets linked to items stolen from their home. All the tickets list Galvan as the ticket holder.

The total value of the stolen items is reportedly over $29,000, according to police.

Galvan has been charged with theft, fraud, and trafficking in stolen property.