Police: Car shot at while following suspicious man in Mesa 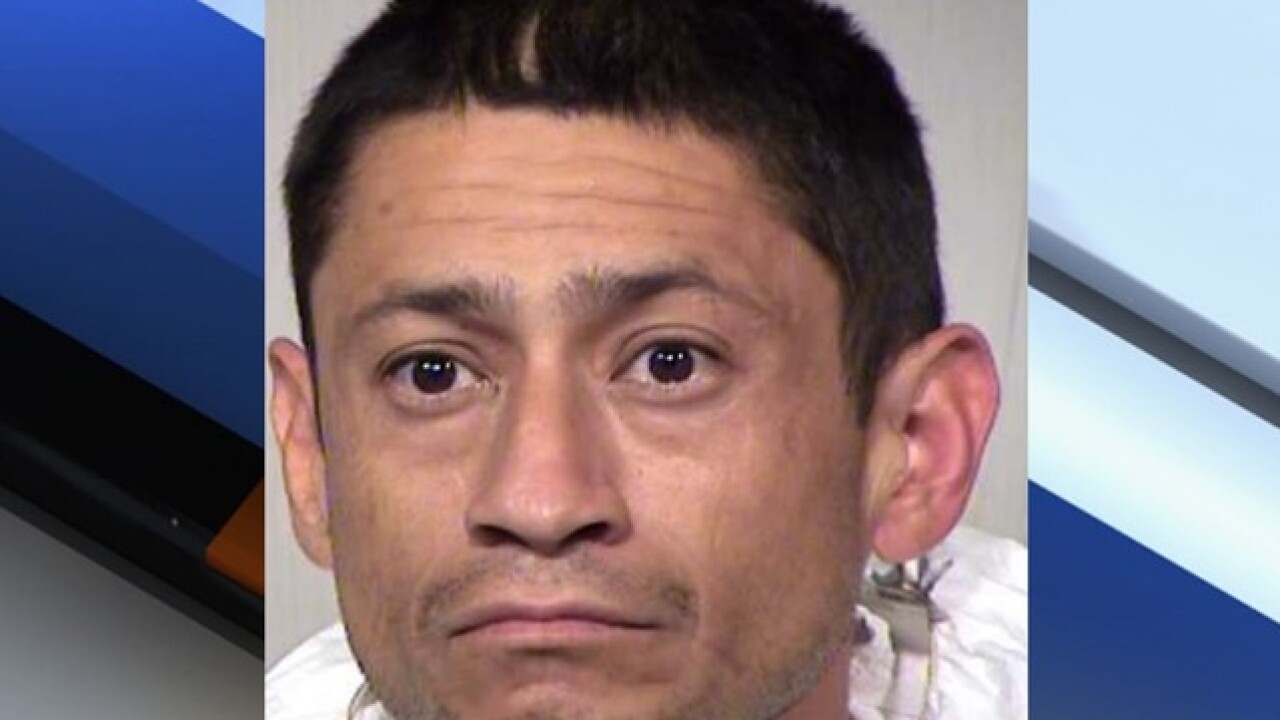 Copyright 2018 Scripps Media, Inc. All rights reserved. This material may not be published, broadcast, rewritten, or redistributed.
MCSO
<p>Armando Armendariz</p>

A man's vehicle was hit by gunfire while following a suspicious person.

Mesa police report that on September 18 a man was leaving his home near Alma School Road and Main Street when he saw a man with a backpack walking away from his property.

He followed the man, later identified as 37-year-old Armando Armendariz, in his truck. He was about to call the police when Armendariz allegedly turned around and fired several shots at his vehicle.

The victim drove away and called the police, who located Armendariz about a half-mile away.

Police say a stolen handgun was found in his backpack.

Armendariz reportedly told police that he shot a truck because he thought it was going to hit him. Police say the truck was struck by several bullets.

Court paperwork shows that Armendariz has several warrants for his arrest.