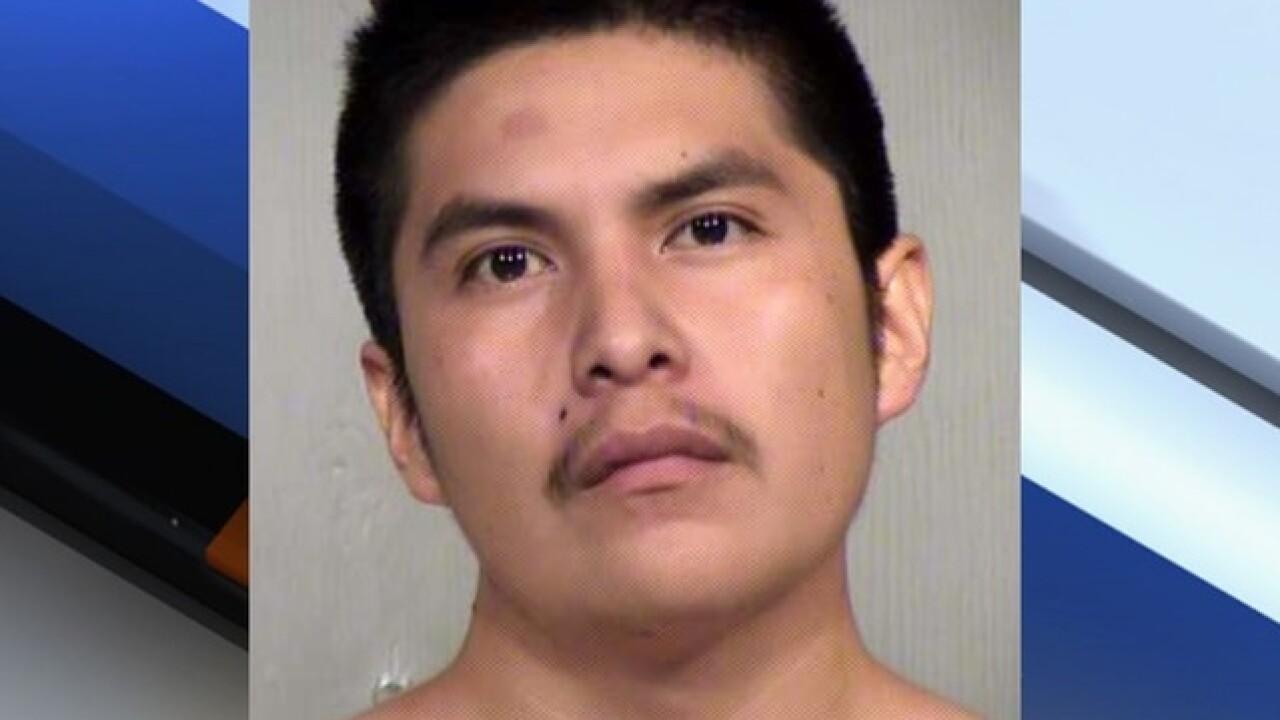 Authorities say a suspected burglar was arrested outside of a Scottsdale apartment only wearing boxer shorts.

Scottsdale police say that around 4 a.m. on Aug. 16 they were called to an apartment near Scottsdale and Camelback roads.

When they arrived, they found 24-year-old Joseph Donald Whipple outside an upstairs apartment unit wearing only boxer shorts.

The victim reported to police that he woke up and saw the patio door open and their television and sound bar outside their front door.

The victim also reportedly found a pair of pants inside the home that did not belong to him or his roommate.

Looking out the peephole, the victim saw Whipple lying on the landing, shirtless and wearing only boxer shorts, court documents said.

He has been charged with criminal trespassing and burglary.