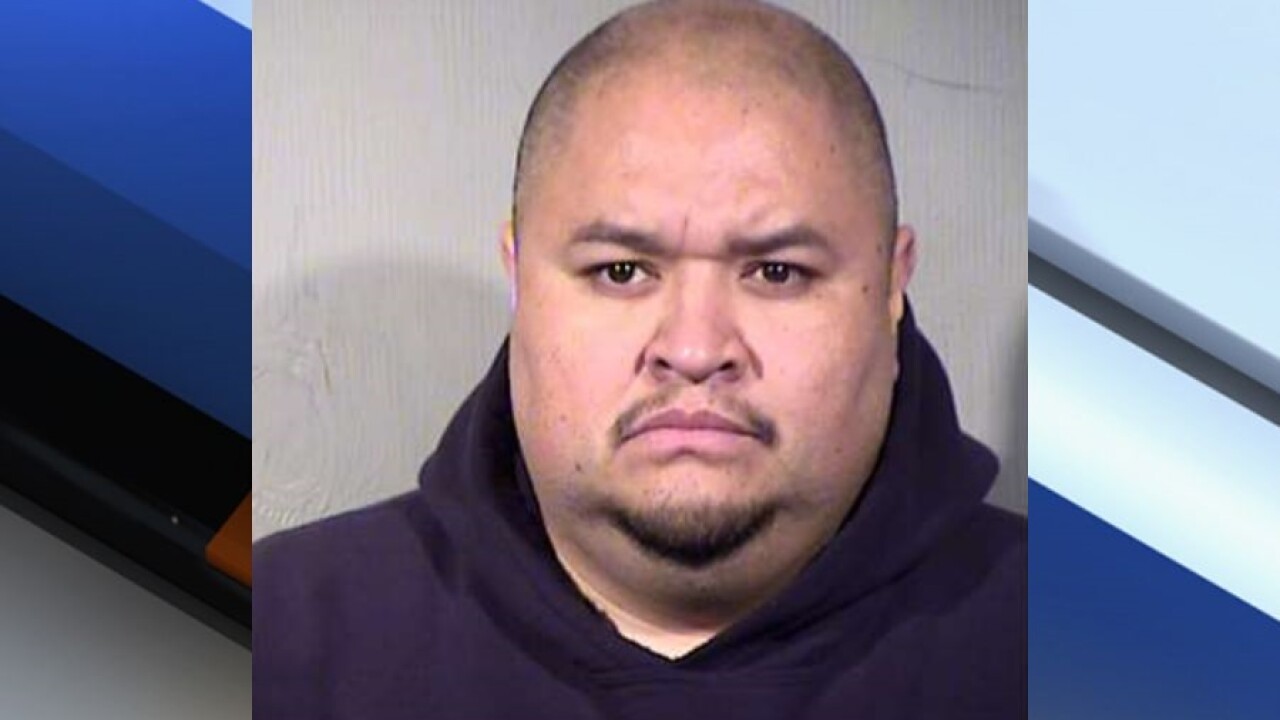 BUCKEYE, AZ — A Buckeye man has been arrested after reportedly beating a pre-teen girl with an electrical cord.

Buckeye police report that on January 11, officers were alerted by school administrators of a possible child abuse incident.

Police say there were ten large, red-strike marks on the girl’s left arm and seven red strike marks on her right thigh. The girl reported to police that her father, 35-year-old Alejandro Ocana Gonzalez, struck her with an electrical cord.

The girl allegedly told police that she was being punished for not doing her chores and walking to school with her brother instead of riding the bus.

Upon his arrest, Gonzalez reportedly told police he hit the girl with a belt and things got, "out of control."

He later allegedly told police that, "he thought it was a belt, but maybe it was a cord."

Gonzalez has been charged with child abuse.