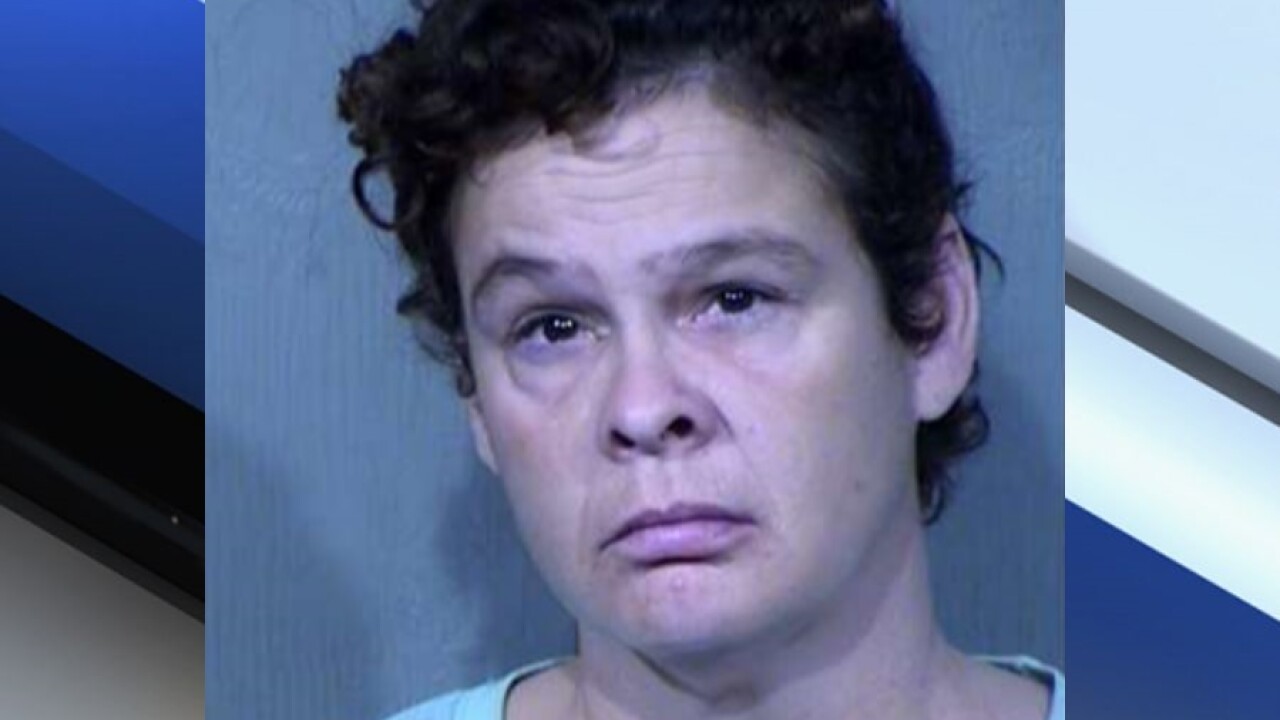 AVONDALE, AZ — An Avondale woman allegedly tried to set her boyfriend on fire because he would not celebrate her new job with her, according to court documents.

Avondale police report that on December 11 around 8:45 p.m., they responded to a home near Avondale Boulevard and McDowell Road for reports of an assault.

Police say Kathy Elizabeth Jones, 46, reportedly tried to set her boyfriend on fire by spraying him with lighter fluid and throwing lit matches at him. The victim managed to push Jones out of the house and lock the door before he was seriously harmed.

When police arrived, they reportedly found lighter fluid, matches, clothes doused with lighter fluid, and a damaged front door. The victim had irritated, bloodshot eyes from being sprayed with the lighter fluid, court records show.

Police say Jones told them she was upset with the victim because he would not celebrate with her after she got a new job at Subway.

She also allegedly told police that she had recently drunk four alcoholic beverages and could not remember how she ended up locked out of the house.

Jones has been charged with criminal damage and aggravated assault.