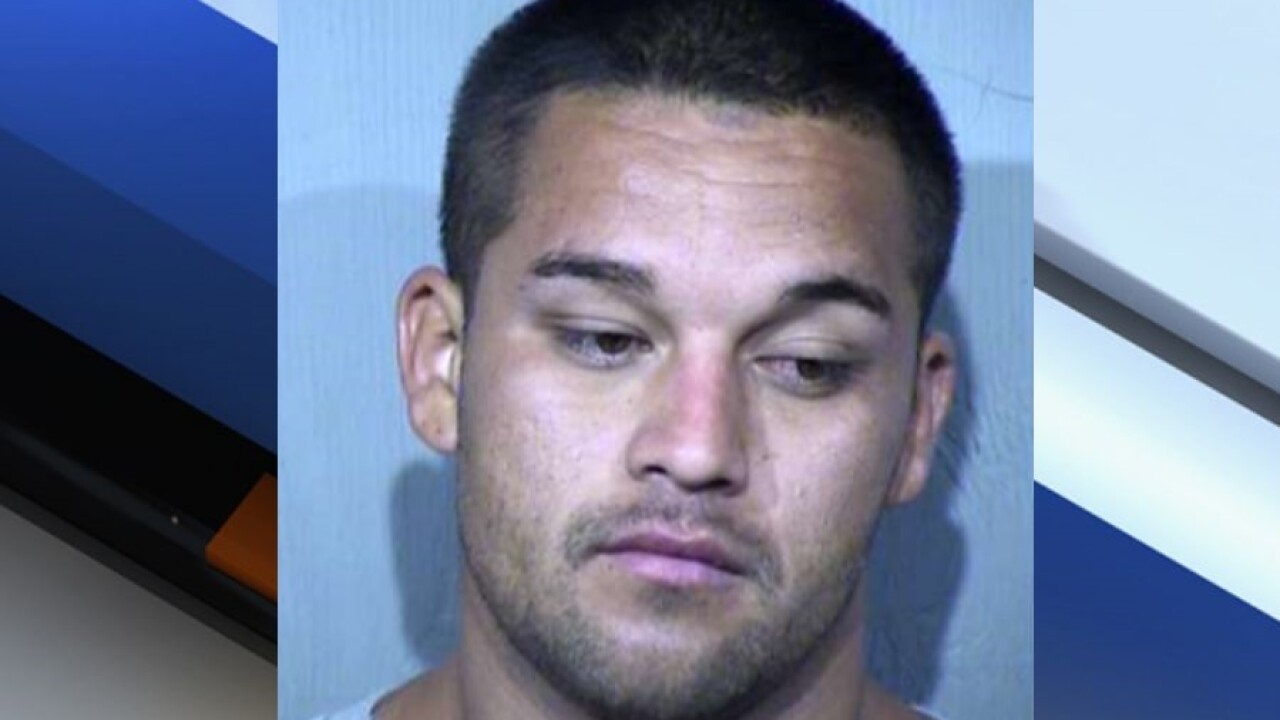 AVONDALE, AZ — An Avondale man is accused of assaulting two children ages 11 and 3.

Avondale police report that Friday night, 28-year-old Robert Xavier Rubio allegedly pushed his 11-year-old brother into a wall. Rubio accused his brother of spitting in his food. He then left home near Dysart Road and Van Buren Street.

A few hours later, police received a call regarding a man, later identified as Rubio grabbing a 3-year-old girl by her shirt, scaring the girl who screamed, according to the victim's relative. Rubio then left the area on a skateboard and returned home.

Police later returned to his home and arrested Rubio.

Rubio allegedly admitted to skateboarding at the apartment complex where the 3-year-old lives but denied grabbing the girl.

He was arrested for aggravated assault on a minor.