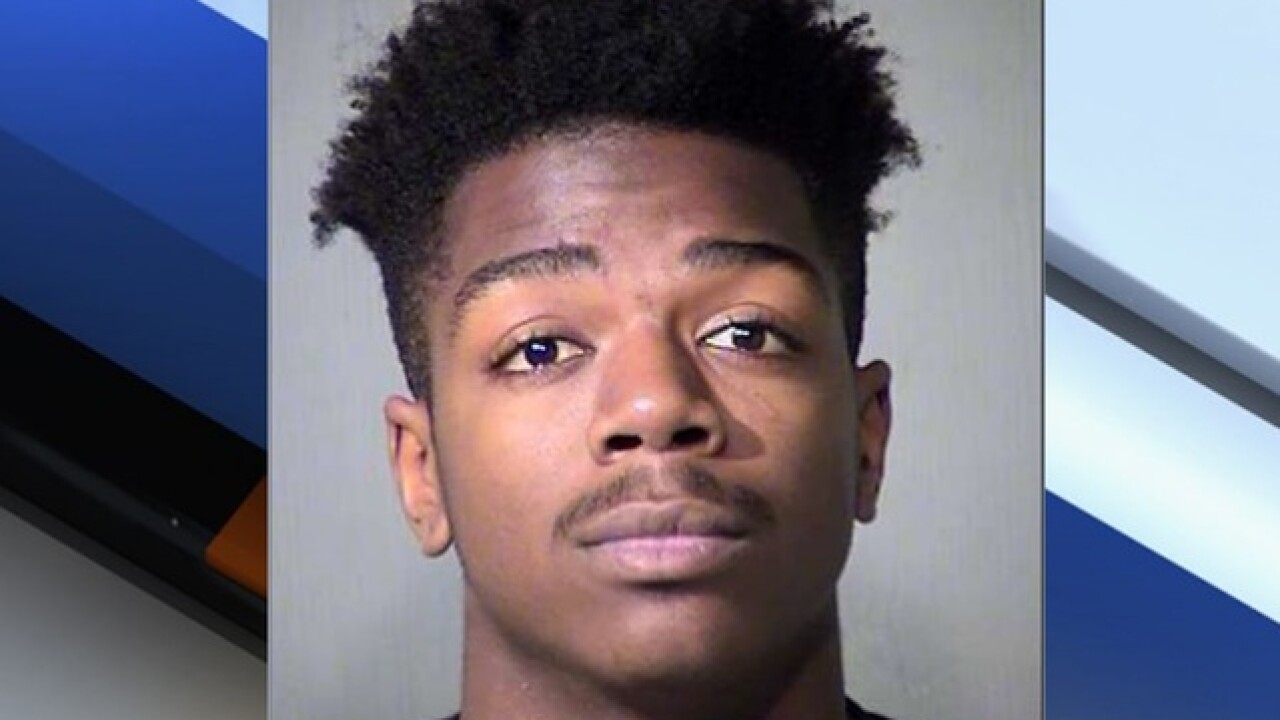 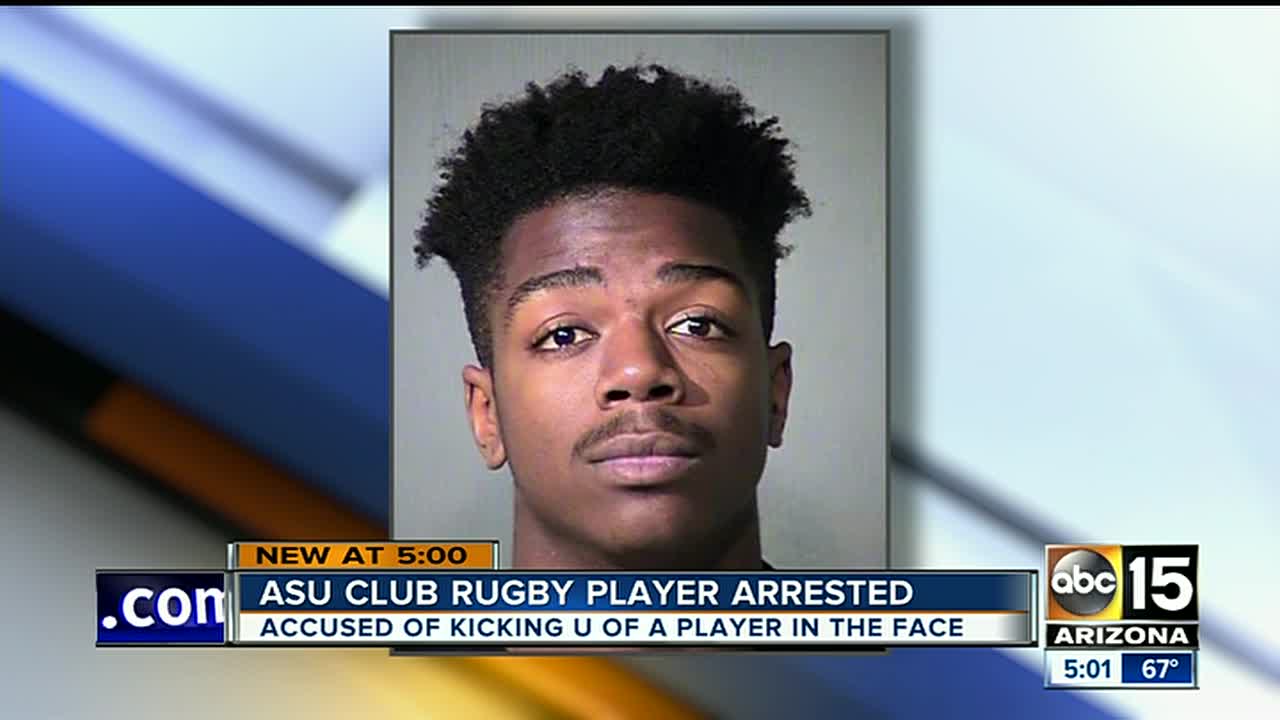 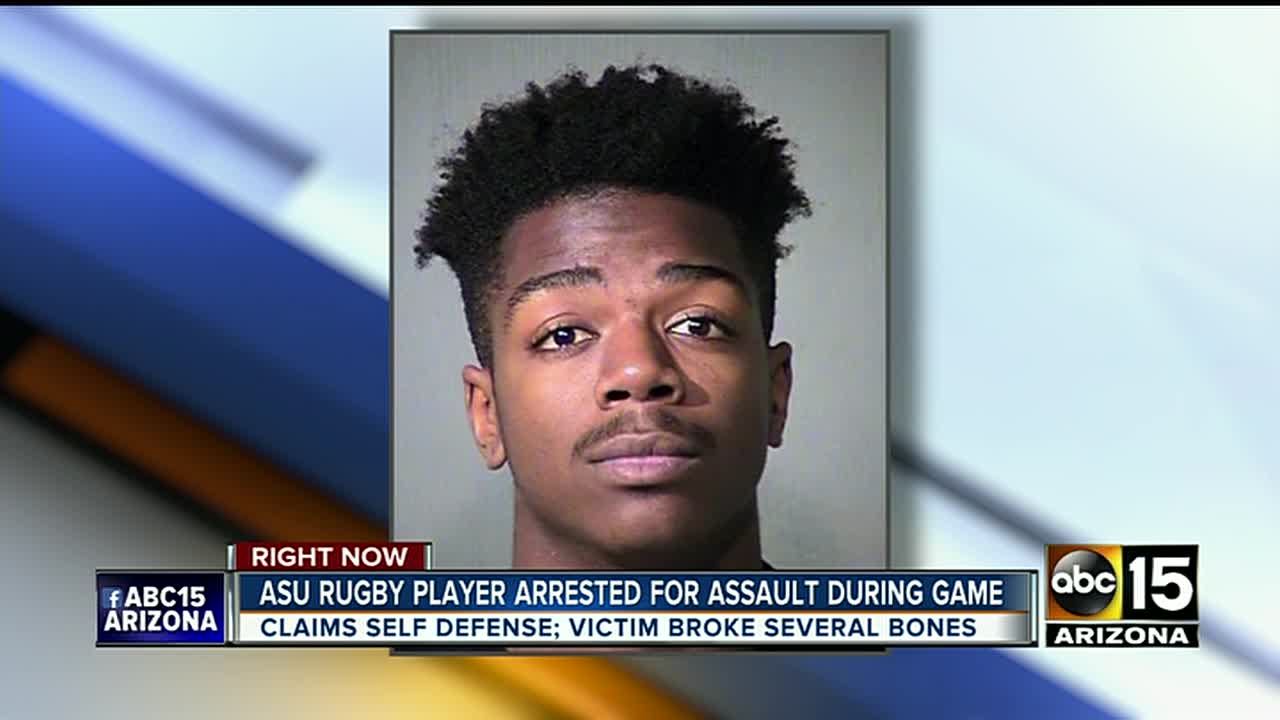 An Arizona State University rugby player was arrested for assaulting a University of Arizona player during their match on February 25.

In a video recently released to ABC15, you can see 20-year-old Christopher Crawford approach UofA center Douglas Neary during a timeout and kick him in the face while he was tying his shoe.

ASU police report that Neary required surgery after being knocked unconscious and suffering a concussion and several broken bones.

Police requested Crawford come into their headquarters, but he refused, allegedly telling police he "was not going to come in and (police) were not going to find him."

However, after three days, Crawford did self-surrender, but was unremorseful, saying he "was not sorry, and was acting in self-defense."

Crawford alleges that he was punched by the victim earlier in the match. Police reviewed video of the game and said they observed a shove, but no punch by Neary.

After the incident, Crawford allegedly left the field and changed clothes even before being ejected from the game.

Just after the incident, the University of Arizona released a statement that read:

"We are saddened by the unfortunate events of February 25 which left one of our rugby players injured at the hands of a competitor. Our goal is to provide a competitive environment focused on good sportsmanship. This incident is an egregious exception. Our thoughts now are with our student and his full recovery."

A spokesperson for ASU said the entire club rugby coaching staff was let go as a result. USA Rugby also decided to temporarily suspend the club.

In light of the incident, the university made a number of changes, including making it mandatory for club sport athletes to be current students. Head coaches must also undergo background checks, and athletes must follow an outlined code of conduct.

Crawford says he's not guilty, but now, it's up to a jury to decide. His trial starts Dec. 11.