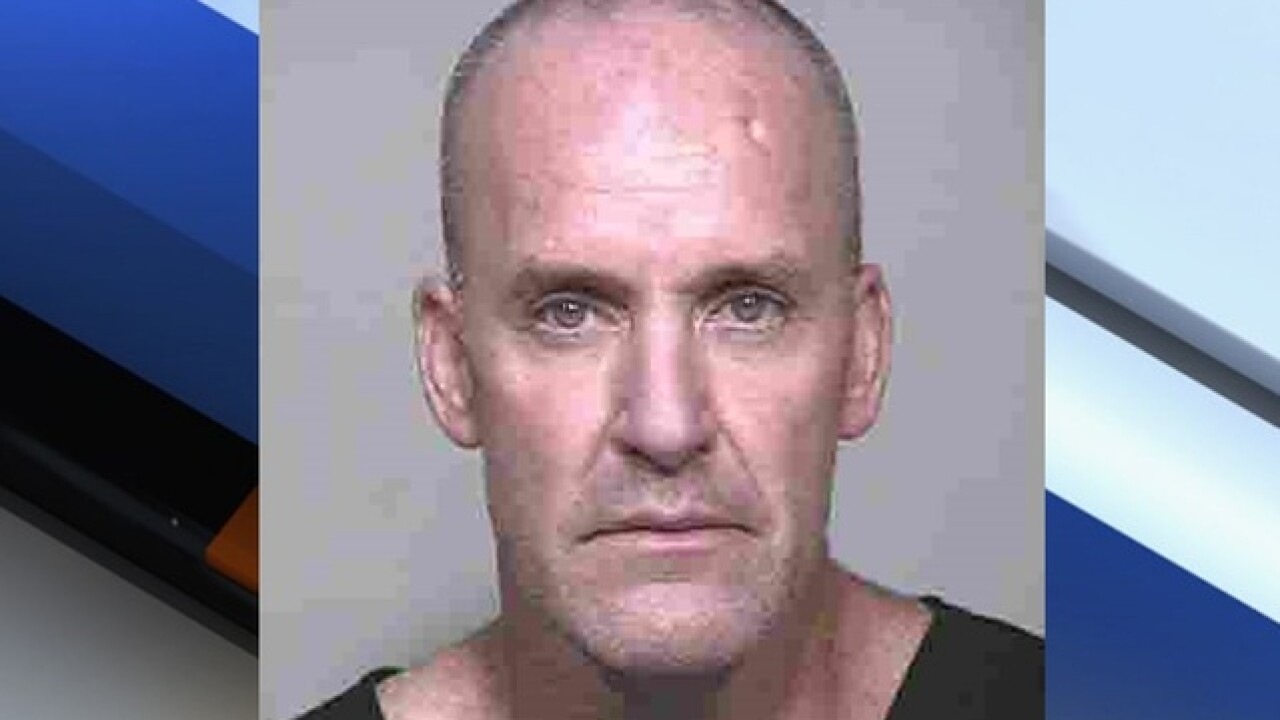 A man is accused of murdering a bicyclist in Scottsdale earlier this year.

In a statement from Scottsdale police, "Detectives used surveillance videos, witness testimony and technical evidence to place Hinton at the scene of the murder.”

On Feb. 22, Bryan Blair, 58, was riding a bike northbound on Scottsdale Road near McDowell when a man was seen entering the road with a long metal object in his hand.

Police said the man deliberately placed the metal object into the front spokes of Blair's bike as he rode past, causing Blair to be thrown over the handlebars and into the street.

"A subject exited a vehicle and moved into the roadway and threw what appeared to be a steel rod into the front tire," said Scottsdale police spokesman Officer Kevin Watts.

The subject was seen getting into the driver's seat of a nearby vehicle that drove away from the scene.

Police said Blair was hospitalized for several weeks before passing away on March 14.

Hinton is being held without bond for second-degree murder.