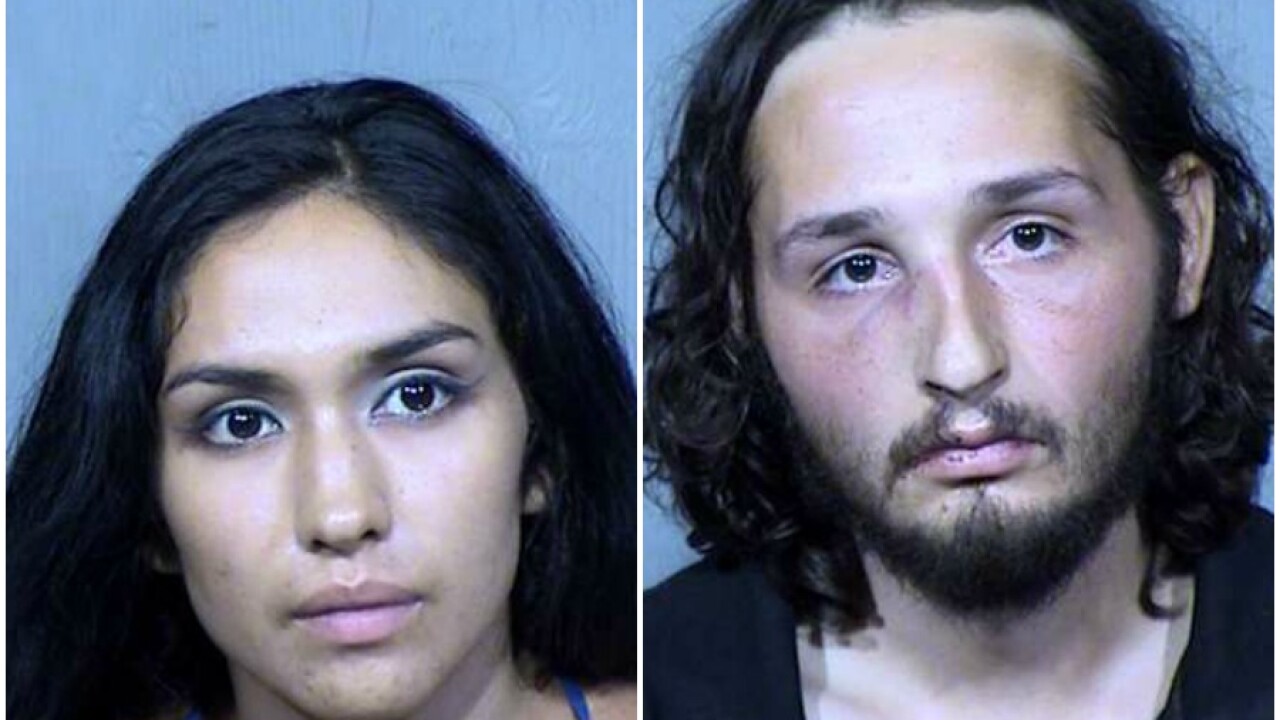 PHOENIX — An armed resident captured two burglars and held them at gunpoint after they entered his family's west Phoenix home, according to Phoenix police.

Phoenix police report that on the morning of August 15, Jade Mare Dass, 25 and Ryne Patrick Bieniasz, 29, broke a window and entered the victim's home near 91st Avenue and Camelback Road.

Police say there were three people in the home when they arrived.

Dass and Bieniasz were captured in the house and held at gunpoint by one of the residents until police arrived, police say.

Court records show the value of the broken window to be about $1,000.

Dass and Bieniasz have been charged with criminal trespassing and criminal damage.