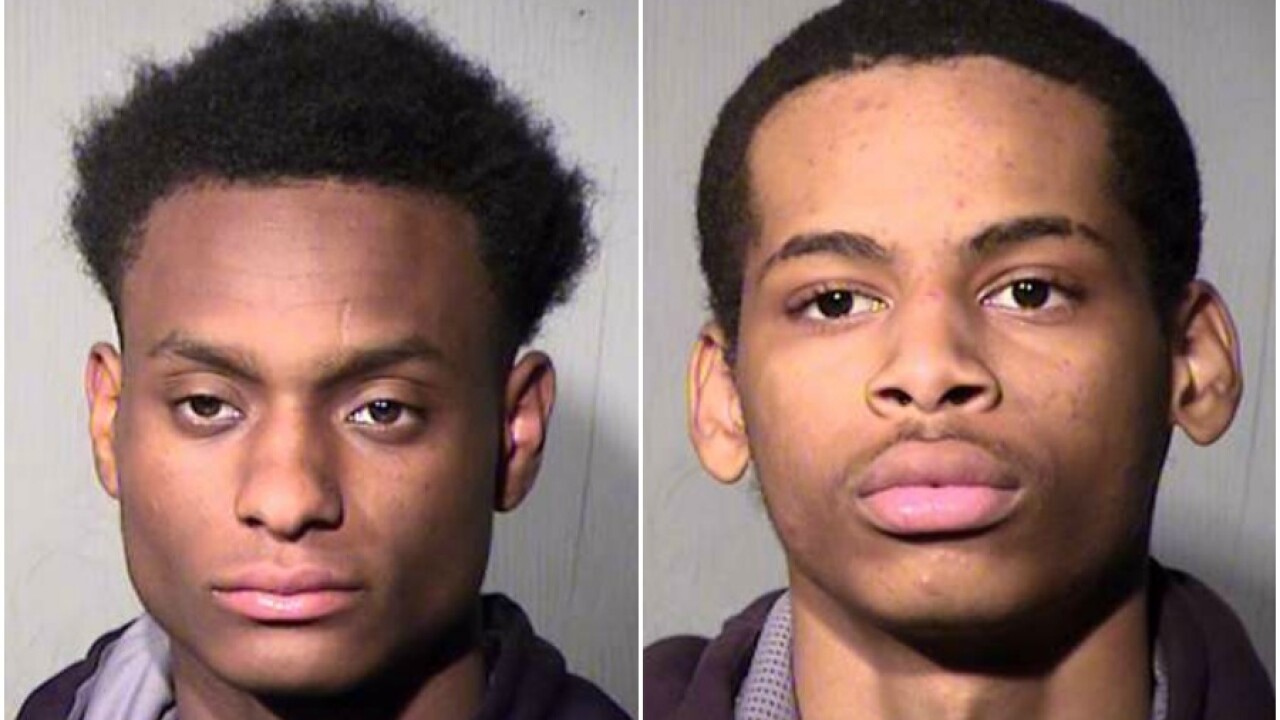 Goodyear police report that on May 20 they responded to a neighborhood around Estrella Parkway and Van Buren Street for a reported burglary.

The suspects, Marcus James Edmonds, and D' Andre Terrell Whitehead, both 18, were reportedly seen in the backyard of a home near the garage side access door.

Police say the door had pry marks on it. The suspects arrived in the area in a vehicle that was reported stolen out of Buckeye.

The teens were caught about a half-mile away by an armed citizen, who held them for police.

Police say they were wearing gloves and had screwdrivers and a window punch on them.

They have been charged with attempted burglary and possession of burglary tools.