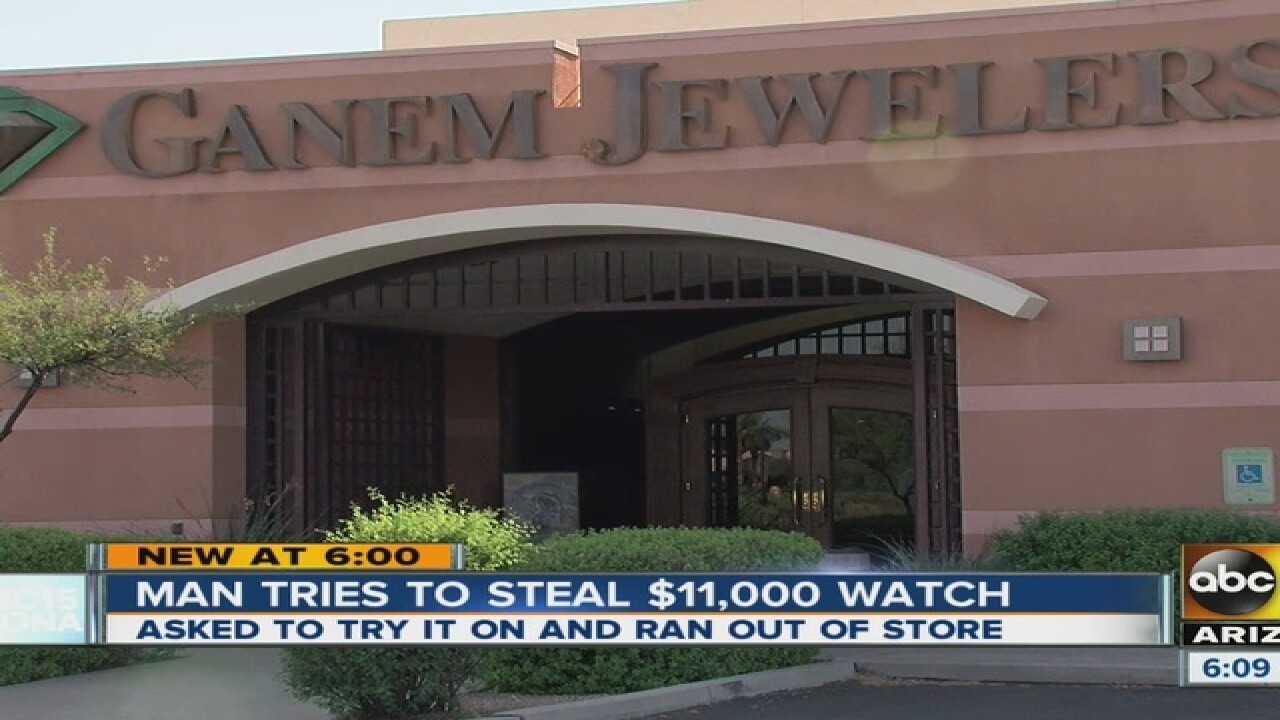 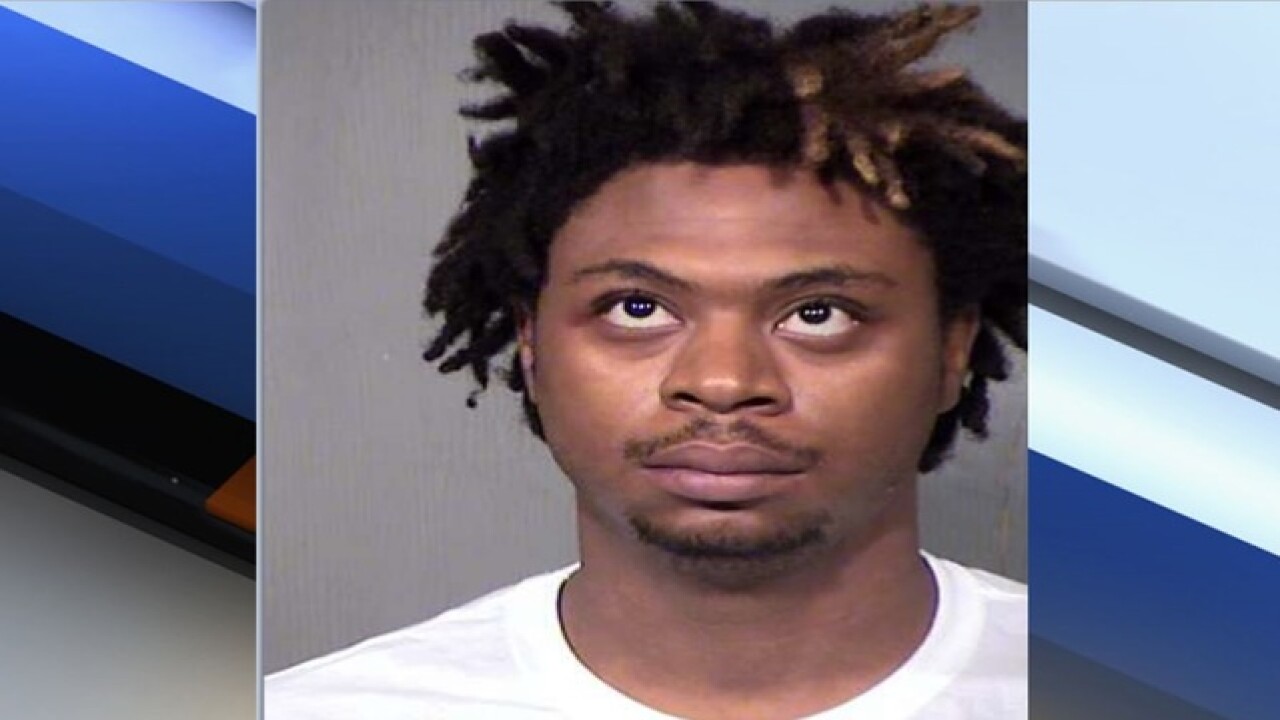 A dedicated employee helped police capture a man who was trying to steal a high-end watch.

Court records show that on July 28, a man walked into a jewelry store near 36th Street and Ray Road to get a watch for his girlfriend. Instead, he allegedly stole the $11,000 watch and dragged employees holding onto his car door as he tried to escape.

Phoenix police say 23-year-old Devonte Delown Stanton went into the Ganem Jewelry store asking to see a Breitling watch. Stanton then reportedly ran out the door. Two employees went after him with one getting bit on the arm as he grabbed Stanton.

Police say Stanton got into his car and tried to leave as the two employees were hanging onto his car door. Stanton stopped the car and was pulled from the driver's seat but managed to get back into the car, but not before police got there to remove him at gunpoint.

Police found the watch and a gun in the car.

Stanton has been charged with theft and assault.

Detectives are also looking into if the man is connected to similar robberies matching this one.