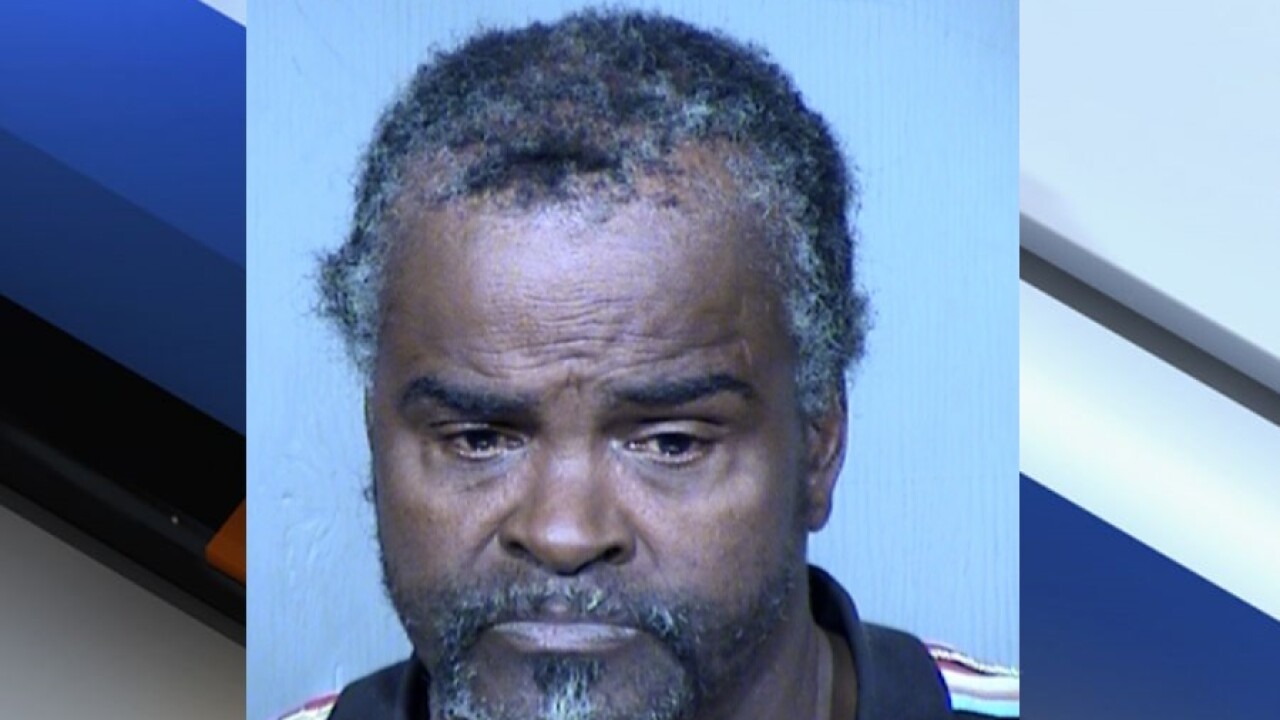 PHOENIX — An 82-year-old woman was allegedly robbed at knifepoint by her South Phoenix neighbor.

Police say he confronted the woman in her bedroom while blocking the doorway and while holding a butcher knife. He then allegedly demanded money from the woman. When she asked him how he had keys to get into her home, Day allegedly replied, "I have plenty of keys."

The woman had no money, so Day reportedly stole her wedding band and another ring from her dresser.

Day was located and arrested Thursday for kidnapping, burglary, and armed robbery.