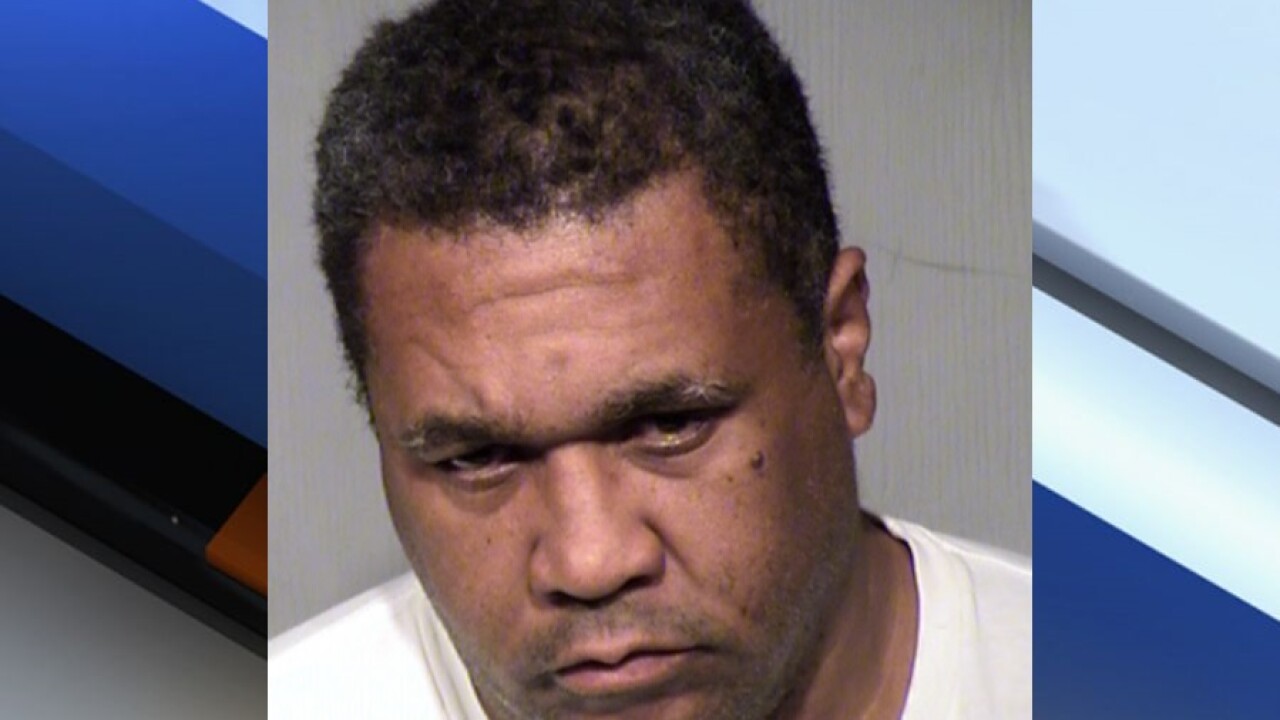 PHOENIX — A North Phoenix man was arrested after being accused of sexual conduct with an underage autistic girl, court records indiciate.

Officials with the Maricopa County Sheriff Office's fugitive apprehension team and the FBI arrested Alan Bryant, 46, at his home near 19th Avenue and Union Hills Drive on Wednesday.

In a case filed by the Phoenix Police Department, Bryant is accused of sexual conduct with a 16-year-old girl with autism. He reportedly met the girl on a social app and had sexual contact with her on several occasions in Phoenix.

A second victim also asserts that Bryant offered him money for sex when he was 13-years-old.

Bryant allegedly admitted to his actions with the girl, saying he believed she was an adult. However, he denies the allegation made by the boy.

Bryant is being held on a $100,000 bond for sexual conduct with a minor and child prostitution.