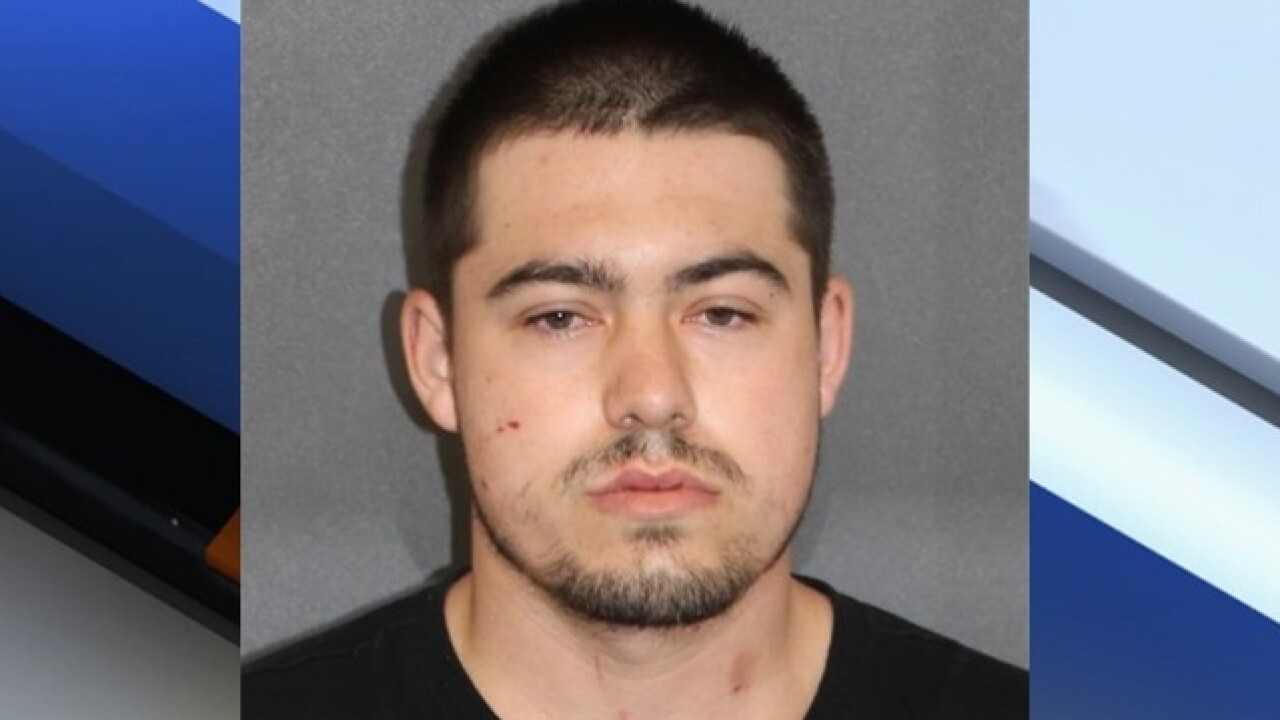 A Fort Mohave man has been arrested for allegedly attacking his girlfriend.

The Mohave County Sheriff's Office reports that on Sunday at about 9:15 p.m. they were called to a home regarding a domestic violence incident.

The victim said that her boyfriend 20-year-old Mason Edward Paget had been assaulting her since he came home around 2 a.m. that morning. She grabbed her baby and tried to leave home, but Paget allegedly grabbed her by the hair and dragged her back into the home.

The victim managed to text a friend who came over to the home and tried to help. The witness reportedly saw Paget pull the victim back into the house after she again tried to escape. The witness told deputies that Paget slammed the victim against a wall. Paget left the home when sheriff's deputies arrived.

MCSO says the woman had bruising and swelling to her throat, neck, arms, and legs.  They also noticed scabs on her wrists.

Paget returned to the home last night and was arrested after allegedly admitting to the attack. He's being held for unlawful imprisonment, kidnapping, and aggravated assault.