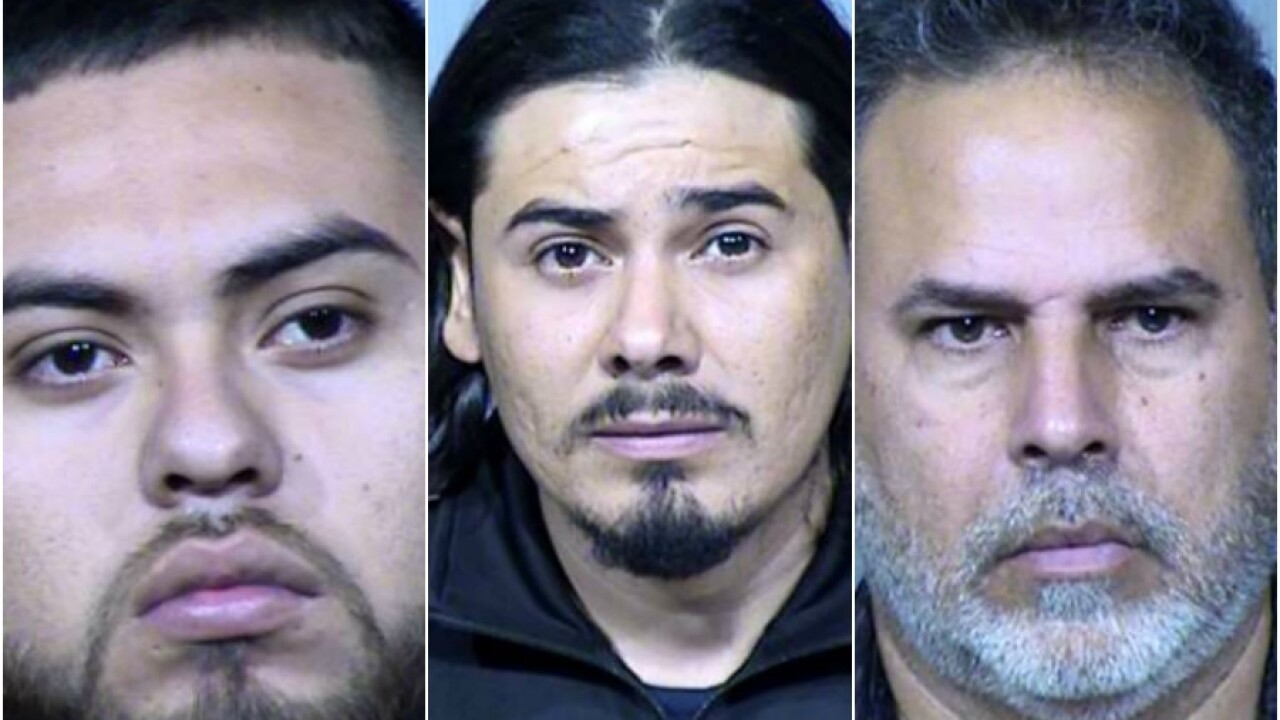 MESA, AZ — Three men were arrested in Mesa after undercover officials seized 40 pounds of meth and 4,200 fentanyl pills from them, according to the Mesa Police Department.

Court records show that undercover officers set up a drug buy with Rios, who was asked to deliver 40 pounds of meth and 4,000 fentanyl pills to a Home Depot parking lot in Mesa.

Police surveillance teams reportedly watched as Ortega and Rios carried a carpet roll with a large bulge in it to an apartment. Police say they later discovered the bulge was full of meth and fentanyl pills.

Rios allegedly delivered the drugs, while Ortega, armed with a 9mm handgun, followed behind in another vehicle to provide security, court documents show.

Ortega and Rios were arrested near 43rd Avenue and Indian School Road after a short pursuit, police say.

Ortiz was located and arrested at a home near 67th Avenue and Camelback Road.

The trio is facing 15 drug-related charges.