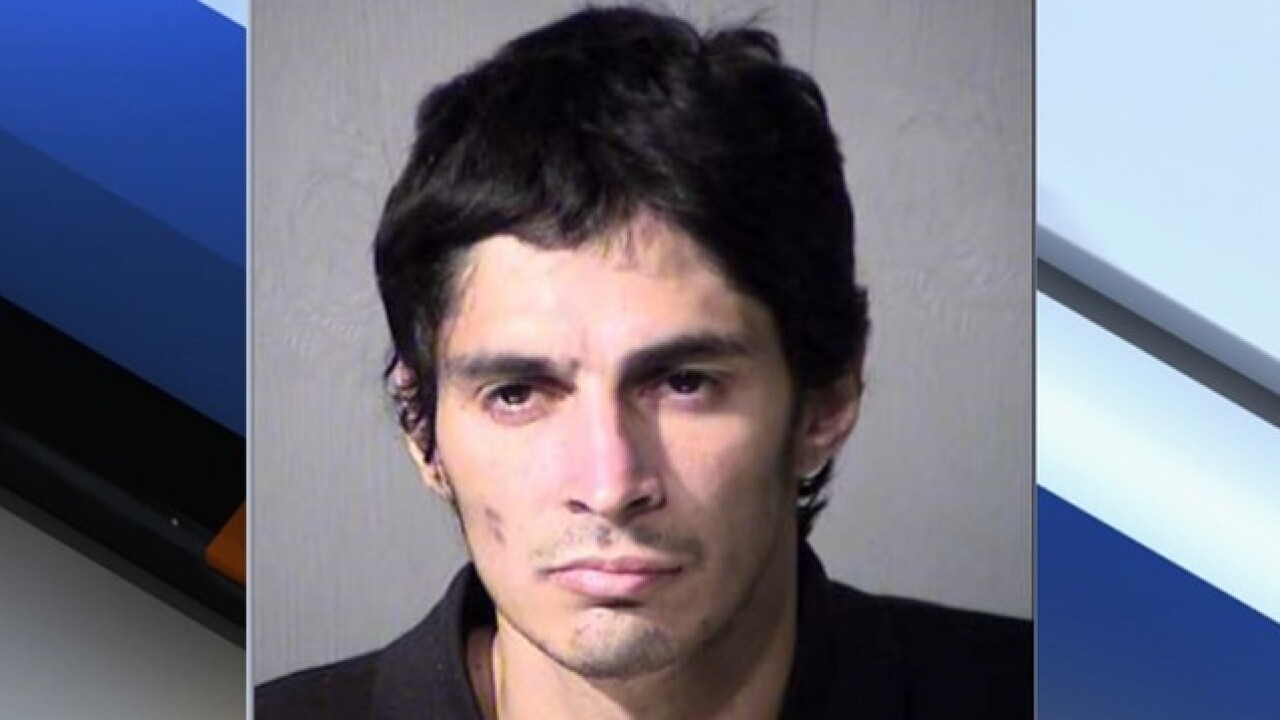 A man who spent three years in prison was on the straight and narrow for just four days before getting pepper sprayed in another burglary, according to court records.

Mesa Police report that on March 5, Jonathan Frederick Martinez entered 'Wireless Toyz' near Country Club Drive and Southern Avenue, jumped over the counter and allegedly stole a cell phone. Police say Martinez was pepper sprayed by the store clerk as he left the store.

Police quickly detained the 30-year-old just across the street, after seeing him covered with orange pepper spray on his face, neck, and clothes.

Arizona Department of Corrections records shows that Martinez, who is also known as 'Toothless Sleepy', was released from prison just four days prior to the burglary, after serving three years for burglary and aggravated assault.

Martinez has been charged with burglary.