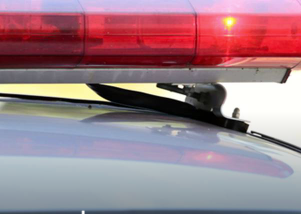 A Mesa man and woman have been charged with dog fighting after police found three malnourished dogs at their home.

MESA, AZ — A Mesa man and woman have been charged with dog fighting after police found three malnourished dogs at their home.

Mesa police report that on November 7, 2018, they responded to a home near Lindsey Road and University Drive where they saw three malnourished dogs.

They also reportedly found evidence that the dogs were being raised as fighting dogs. Court records show that officers found a portable fighting arena, blood-stained carpet, and towels, weighted collars and harnesses, and literature on dog fighting.

Police say the dogs were chained up just outside of their reach from each other in dirty living conditions. They also say the dog's water was covered with algae.

The home belongs to Heidi Perpich, 41 and William Joseph Winfield, 47.

After a year long Investigation, charges were filed in November, 2019 against both Perpich and Winfield.

They have both been charged with animal fighting and are scheduled to make their first court appearance on December 10.