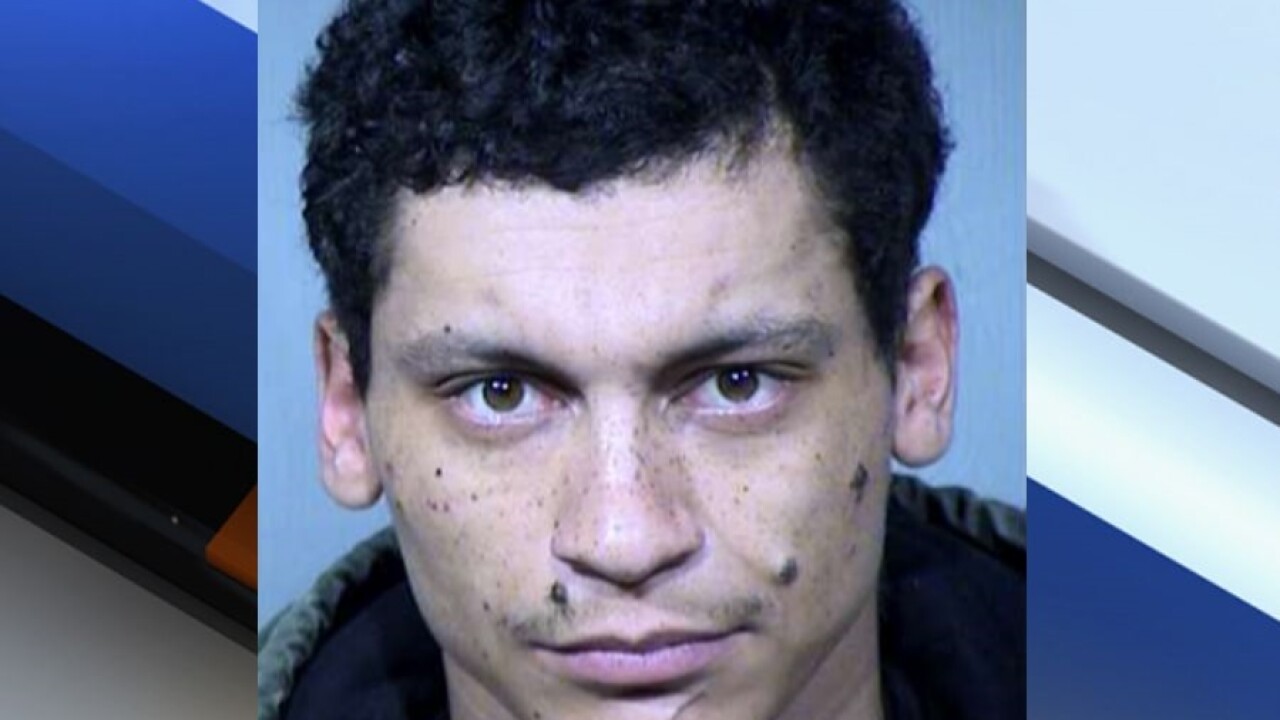 QUEEN CREEK, AZ — The Maricopa County Sheriff's Office reported that on November 28, while a woman was in her car running errands in the east Valley, her ex-boyfriend Robert McDowell 26, pulled up next to her. The woman was afraid of McDowell due to previous abusive behavior, so she drove away.

McDowell allegedly chased her around for the next hour, cutting her off and driving aggressively.

The woman pulled into a Safeway parking lot near Power and Queen Creek roads believing the crowds would keep her safe. When she parked, McDowell allegedly got out of his car carrying a knife and a "long stick with nails protruding from one end." MCSO said he was attempting to slash her tires when a witness confronted him. He then chased the man away with the stick.

McDowell tried to get the victim to come with him, raising the stick over his head and threatening to break the windows on her car, court records show. He later grabbed a handgun and told the woman, "I'm not leaving without you. Either we both die, or I'm going to jail."

As deputies entered the parking lot, McDowell drove away, leading them on a 5-mile pursuit at speeds of over 100 mph, according to MCSO. The chase was soon terminated.

McDowell was located and arrested on December 11 and has since been charged with unlawful flight and disorderly conduct.