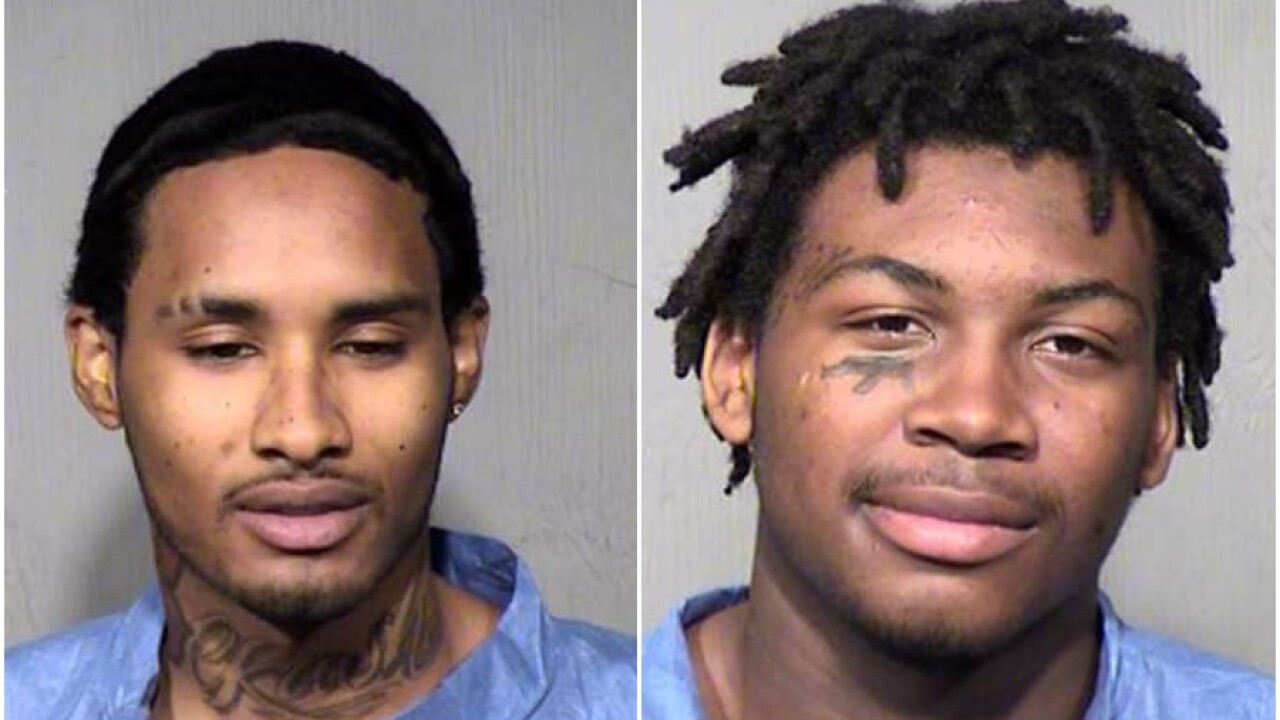 The Maricopa County Sheriff's Office says on April 23 deputies responded to an armed robbery at the Burger King near El Mirage and Camelback roads.

The manager reportedly told deputies that the restaurant was ransacked and he had a gun pointed at him by three men who ran from the scene.

MCSO says surveillance video of the theft showed the men trying to break open the safe using a sledgehammer and crowbar. Investigators also found a shoe print on top of the front counter.

The three suspects were later found in a home about a half-mile away.

Clothes that matched what the suspect was wearing in the surveillance video were found in the home along with shoes that matched the shoe prints found on the counter.

Investigators also say that the shoes contained small pieces of glass that were consistent with the broken glass from the Burger King.

They have both been charged with burglary and aggravated assault. The third suspect was also arrested, but unnamed in court documents.