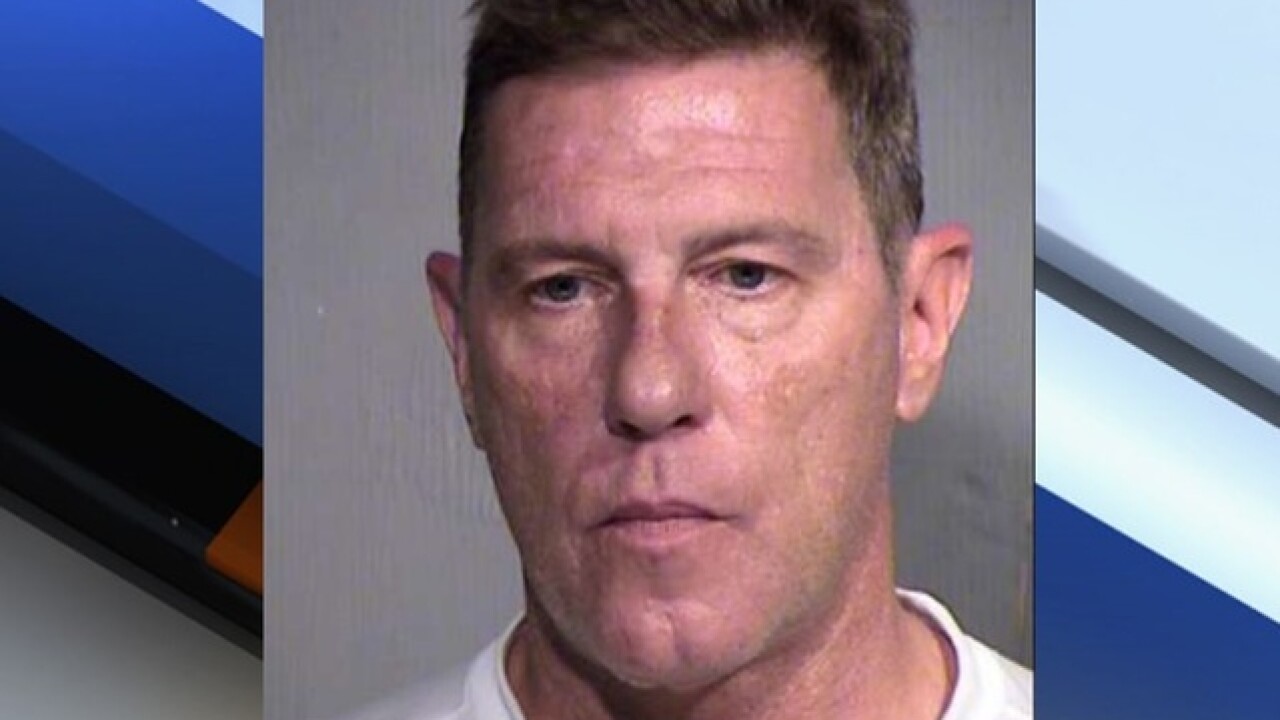 A Sun City DUI suspect is accused of stealing a car that he thought was his.

The Maricopa County Sheriff's Office reports that on July 13 they were called to a convenience store near 103rd Avenue and Thunderbird Road.

The victim told police that he was inside the store with friends when he saw his car backing out of the parking stall.

He confronted the suspect, 54-year-old Edward Kevin Stoeke, by throwing a brownie at the car to get his attention.

He attempted to stop the car by reaching in the window and grabbing the gear shift.

As Stoeke pulled away, the victim held onto the driver's side door. After being pushed away, Stoeke reportedly turned around and tried to hit the victim with the car.

The victim got into a friend's vehicle, where they followed Stoeke to his home about a half-mile away.

He told police that he believed the car was his.

Stoeke, who was driving on a suspended license for a prior DUI has been charged with aggravated DUI and endangerment.