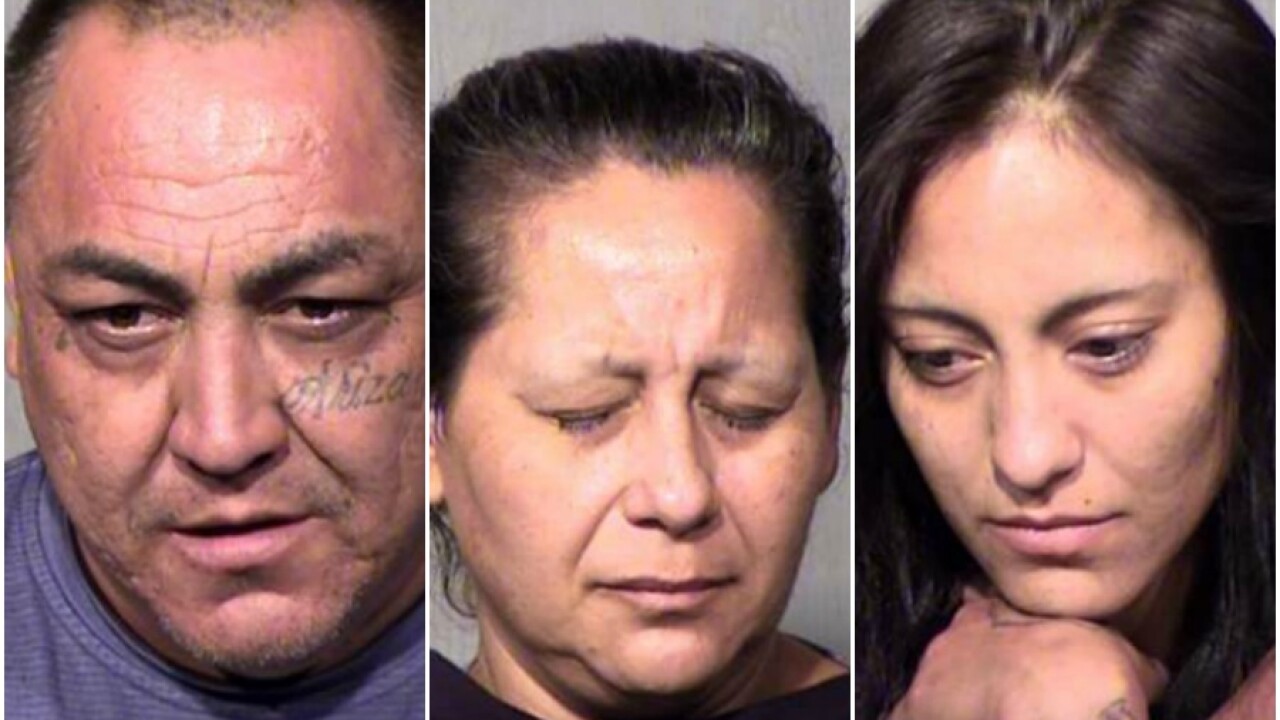 LITCHFIELD PARK, AZ — A woman out of town alerted the Maricopa County Sheriff's Office after her home surveillance system captured burglars on video in her home.

According to MCSO, on the morning of May 16, an out of town resident contacted them after seeing burglars in her home.

Using the Ring video surveillance system, the homeowner said she saw three burglars using a dolly to remove items from her home. The burglars escaped before deputies could arrive.

However, later that afternoon, the burglars returned to finish the job, and once again were caught on video. The homeowner also reportedly saw the burglar's two SUVs in the driveway.

Goodyear police received a related call saying two suspects, later identified as Raymond and Yvette Anzures, were seen leaving their SUV at a nearby home. Police located and arrested them.

The third suspect, Vanessa Hernandez, age 24, was identified by a tattoo on her chest, which was seen in the video as she tried to cover the camera with a Christmas stocking.

Hernandez was arrested later that night at her home in Buckeye.

They have been charged with burglary.