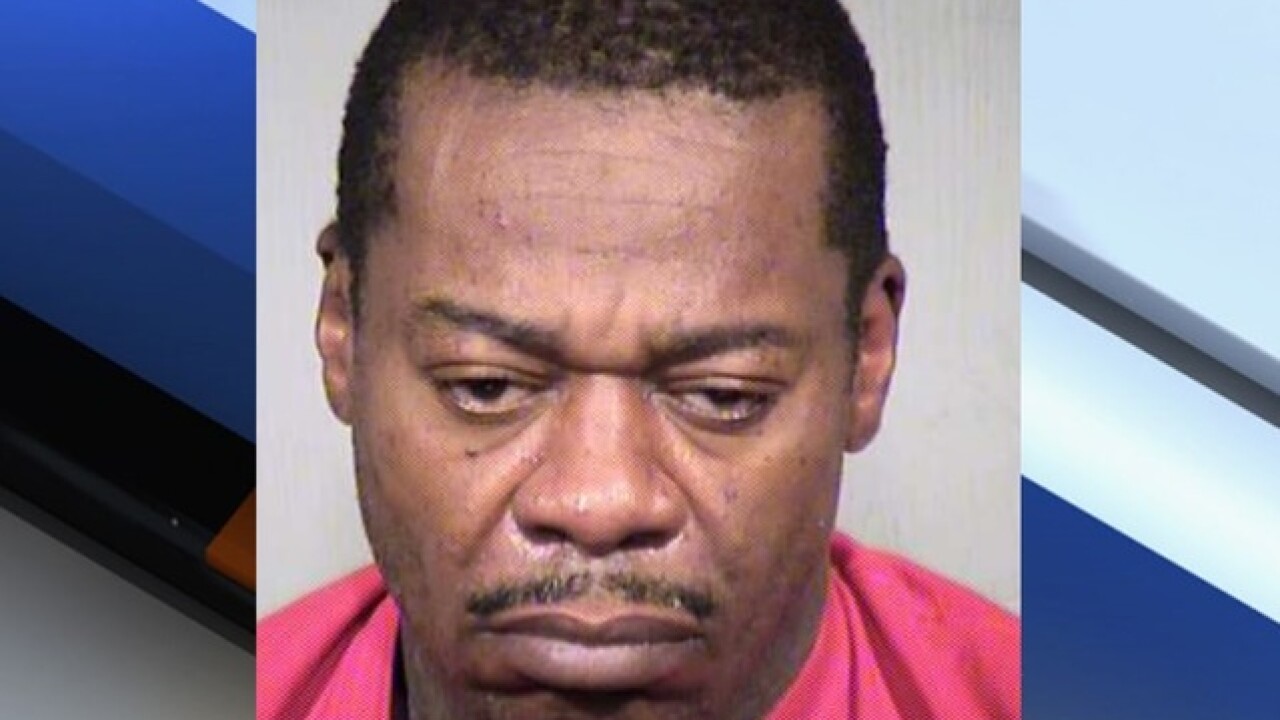 Maricopa County Sheriff's Office deputies responded to a shooting at a Litchfield Park home where they have been called about 17 times in the past year.

MCSO reports that on September 22 they responded to a shooting at a home, near El Mirage and Camelback roads.

Deputies learned that 48-year-old Byron Terrell Young reportedly shot his girlfriend in the shoulder, then drove her to a nearby hospital.

Deputies say during an argument, Young retrieved a handgun. His girlfriend tried to leave home, but Young barricaded the door with a piano.

He then allegedly shot her in the shoulder.

He took the victim to the hospital telling her not to contact the police.

Deputies say they have responded to this home about 17 times in the past year for "numerous domestic violence crimes."

After the shooting, the victim was given an emergency order of protection.

Young has been charged with unlawful imprisonment and aggravated assault.