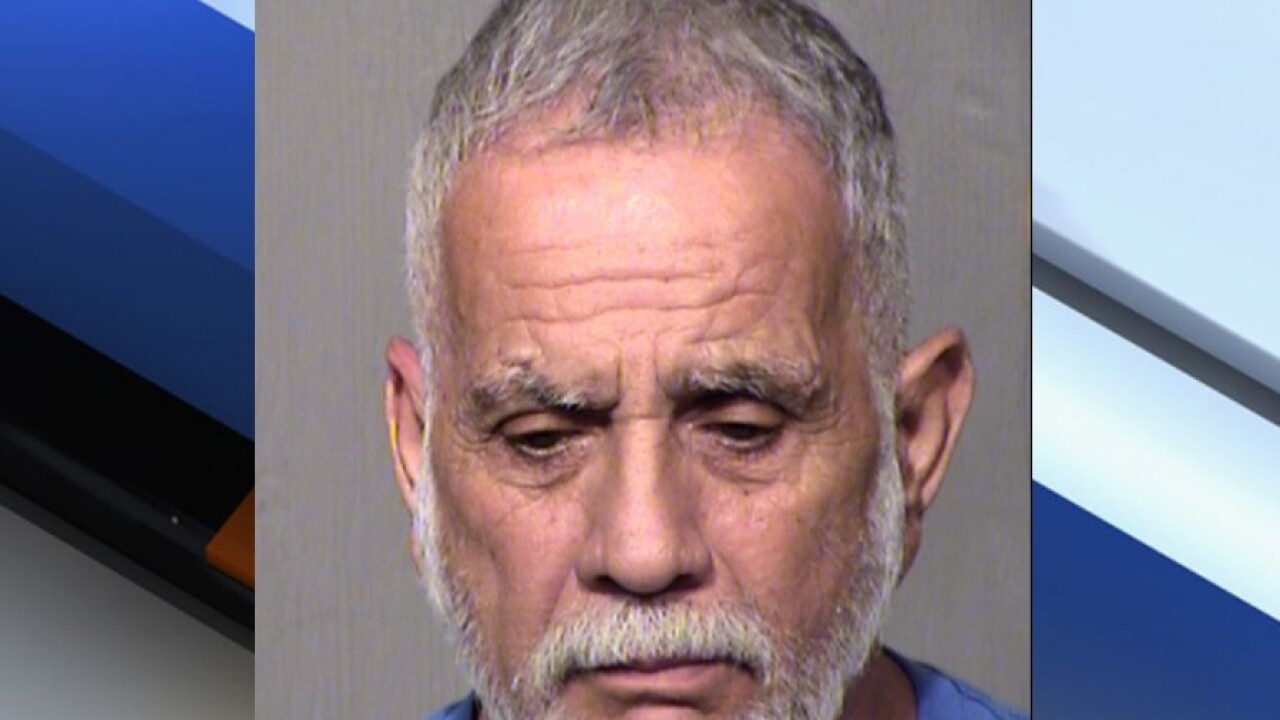 LITCHFIELD PARK, AZ — A 68-year-old man has been arrested, accused of molesting a girl in her early teens multiple times.

The Maricopa County Sheriff's Office reports that Tuesday morning Benjamin Abril, age 68, was arrested at his home near 51st and Glendale avenues.

The victim's mother reportedly told MCSO that her daughter was receiving sexually explicit text messages from Abril. The girl also reported that Abril sexually touched her in 15 incidents, in his car, her home, and a neighbor's apartment in Litchfield Park.

Abril also allegedly took videos and photos of the acts. Detectives say they found multiple pictures and videos that were sexual in nature.

Abril allegedly told the victim that he liked being with her because "she was a little teenager."

He is now being held on a $150,000 bond for sexual conduct with a minor and 25 counts of sexual exploitation of a minor.