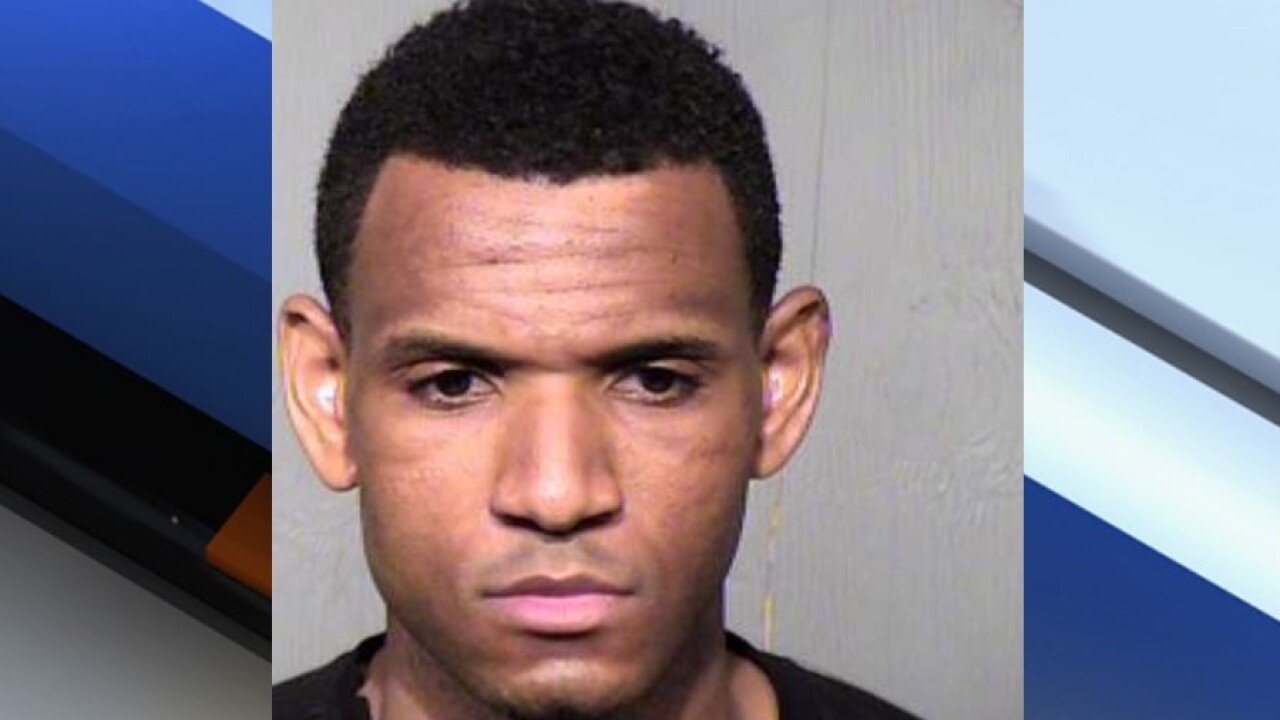 EL MIRAGE, AZ — An El Mirage man has been arrested after a sex victim's family member tracked him to the suspect's home.

El Mirage police report that on March 22 they responded to a home near Grand Avenue and Thunderbird Road.

A young teen's family was knocking on the door of the home after using Snapchat to track the victim to this home.

As police were talking with the family, a car went by them, and the family alerted police to the victim seated in the passenger seat.

Police stopped the car and the driver, 28-year-old Duane Christopher Hill immediately said, "I thought he was 18," according to police.

The young teen reportedly told police that he has a Grinder account that lists him as an "18-year-old male looking for sexual encounters."

Police say any reasonable person could see that the victim is a young teenager.

Hill allegedly met the teen on Grinder and drove to his home. They were engaged in sexual activities when the family started knocking on the door.

Hill said he then tried to take the victim home, court records show.

Hill is facing charges of sexual conduct with a minor.