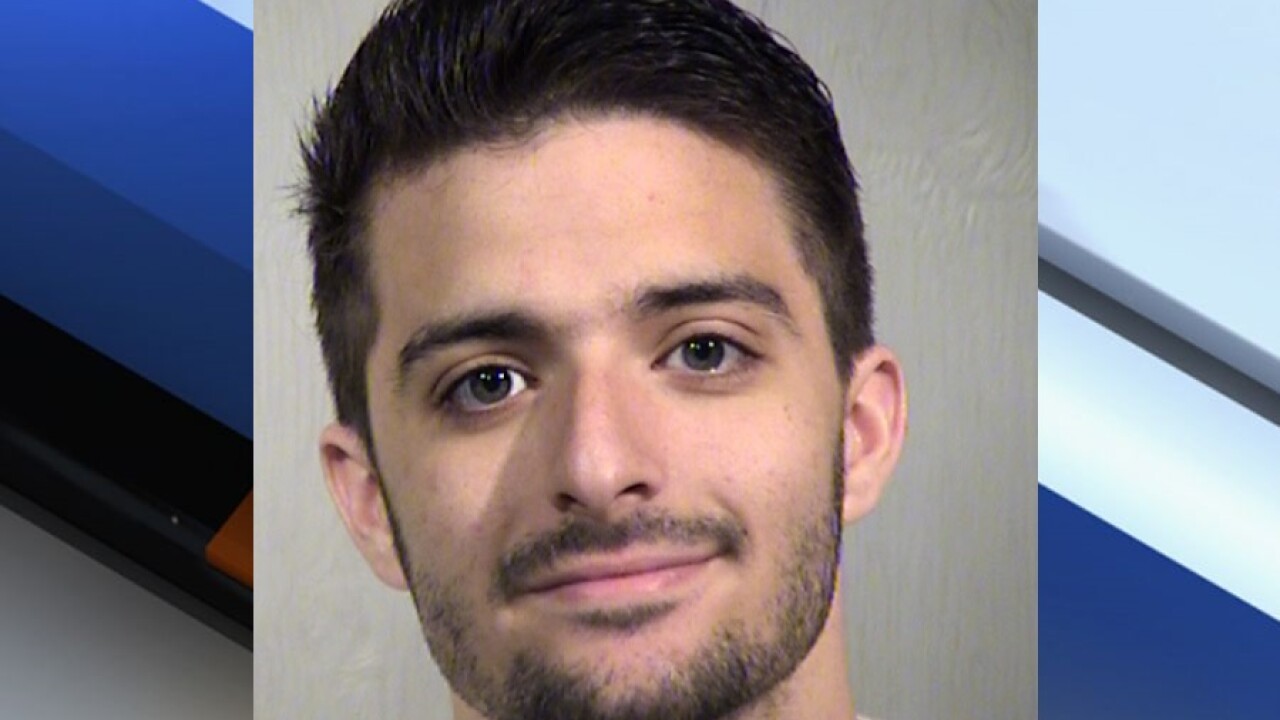 GLENDALE, AZ — A man was sentenced to 10 years in prison for a deadly DUI crash in Glendale.

Vincent Kaven Trevino, now 24, was sentenced Friday to 10 years in prison after pleading guilty to second-degree murder for the crash in December of 2018.

That morning, a car was stopped at a red light near the intersection of Dysart Road and Northern Avenue when Trevino struck the rear of the vehicle.

The victim was pronounced dead at the scene.

Trevino later turned himself in and was arrested for manslaughter.

Witnesses identified Trevino as the driver and said he swerved around them and pulled away at a high rate of speed.

Trevino was on probation at the time following an arrest for failing to stay at the scene of a crash and aggravated assault in 2017.