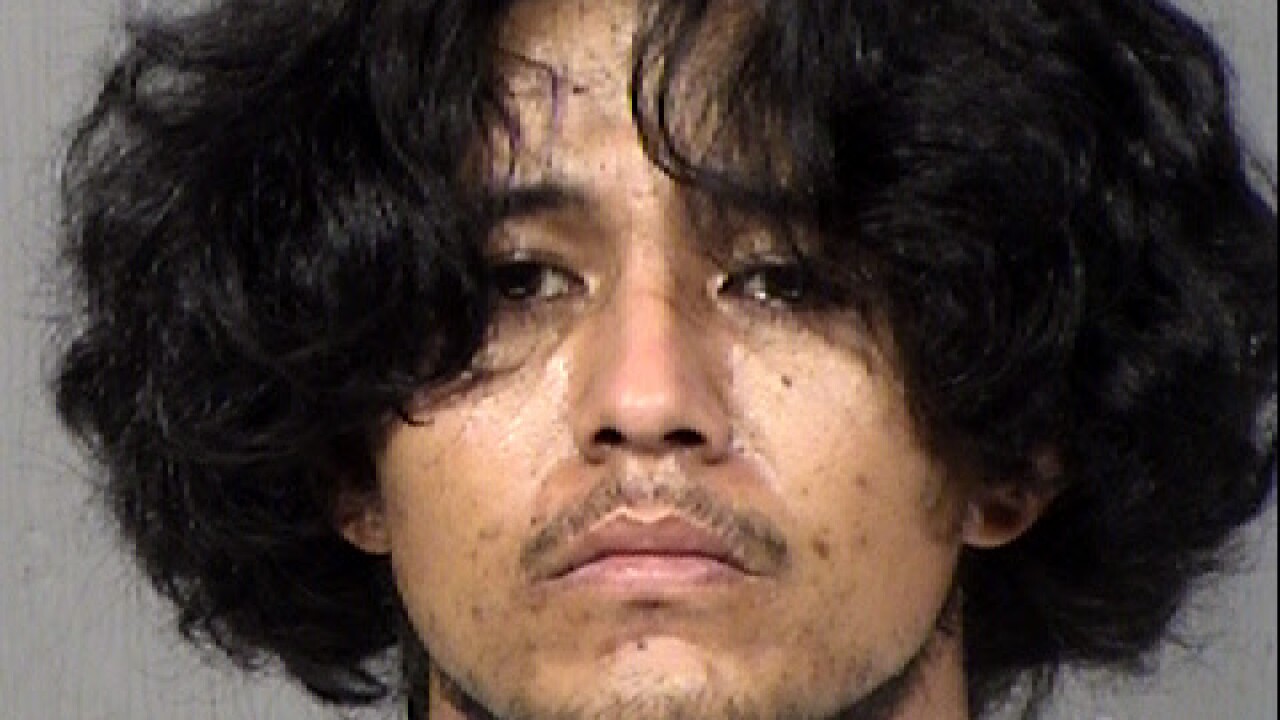 WICKENBURG, AZ — A man is facing murder charges in connection to a Phoenix kidnapping incident earlier this week involving his nieces.

According to a criminal complaint, 27-year-old Carlos Mora was arrested Wednesday night at a Shell gas station in Wickenburg.

Investigators say the incident started Wednesday at a home on Lewis Avenue in Phoenix when Mora, his two nieces, and another man were talking about going to the store to buy snacks. Police say around 6:30 p.m., Mora asked the other man to drive them in a green Ford Explorer, and a short time later Mora took off in the vehicle with the two girls inside.

The family received a phone call from the girls around 6:45 p.m., when they were heard screaming, saying that Mora was driving "crazy" before the call ended.

Later that night just after 8 p.m., DPS received a call of an unknown emergency in the area of US 60 at milepost 116. Authorities say the caller mentioned a pedestrian on the side of the road bleeding from the head.

When troopers arrived, they found the two girls, one of whom had severe head trauma. Emergency responders arrived on scene and pronounced a 13-year-old girl dead.

The other, 12 years old, was transported to Banner Thunderbird hospital and then was flown to Phoenix Children’s in critical condition with significant head trauma.

At that time, members with the Arizona Department of Transportation located a man covered in blood at the Shell gas station nearby in Wickenburg. When DPS troopers questioned him, he provided an apparently fake story and mentioned his vehicle was parked at a nearby Quality Inn.

When troopers went to the hotel, they did not find the vehicle the man described, but did find a green Ford Explorer. Inside, they found a wallet and were able to identify the man at the gas station as Carlos Mora. During questioning, investigators say Mora admitted to taking the vehicle from the Phoenix residence, parking the vehicle at the hotel, and walking to the Shell gas station before he was taken into custody.

He reportedly admitted that he saw people in the vehicle with him and heard screaming from female voices, but when he kept making the vehicle swerve, the voices went away.

Mora has been booked into the Maricopa County Jail on charges which include first-degree murder, aggravated assault, and kidnapping, among others.