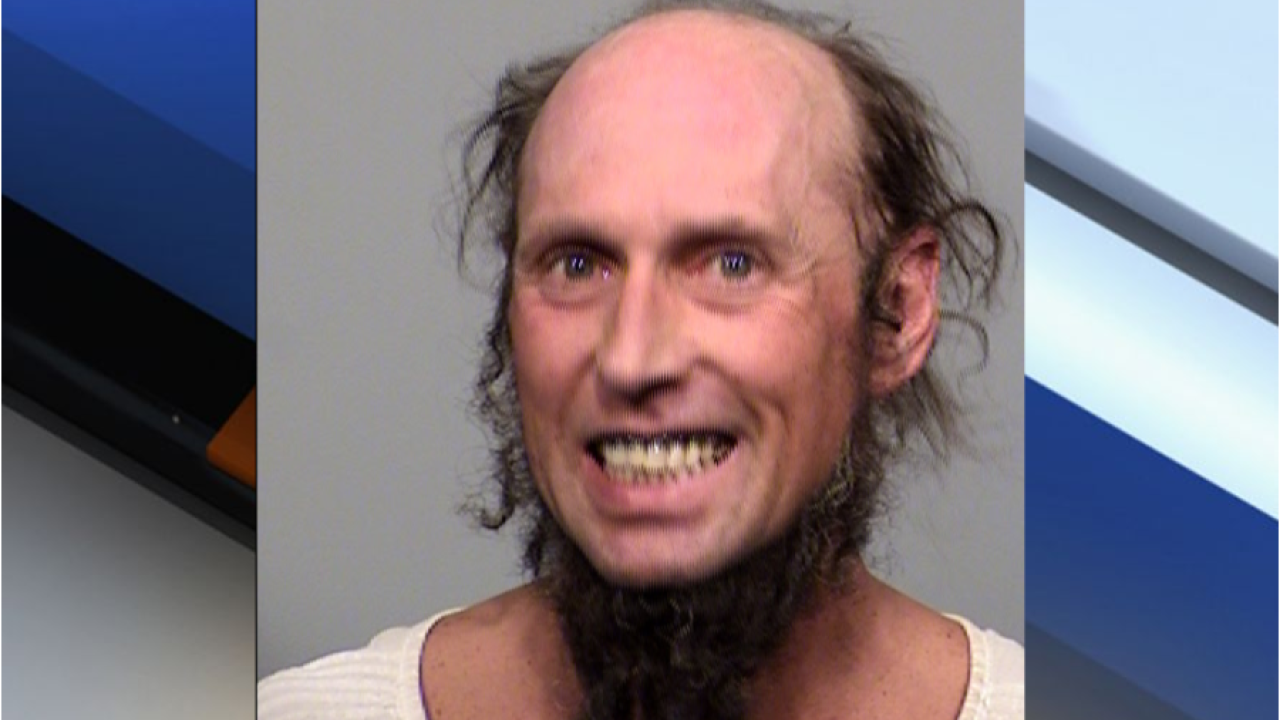 SEDONA, AZ — A man was arrested for making bomb threats at a Chase Bank, in the Village of Oak Creek, Sedona, Arizona.

The Yavapai County Sheriff’s Office reported that Michael Chase, 48, walked into the bank demanding that his account be closed and threatened that he had a bomb in his vehicle parked outside.

Deputies say that bank employees set off an alarm and people were evacuated from the building. Within minutes, deputies arrived and informed nearby businesses to evacuate.

When law enforcement entered the building, Chase had already reportedly broken a bank window with an unknown object. They then used pepper spray which had little effect on the suspect.

Deputies were eventually able to handcuff the suspect after using a taser gun.

A bomb squad assessed the scene and no bombs were found.

Chase was charged with misconduct regarding a simulated explosive device, terrorist threats, and false reporting and vandalism.