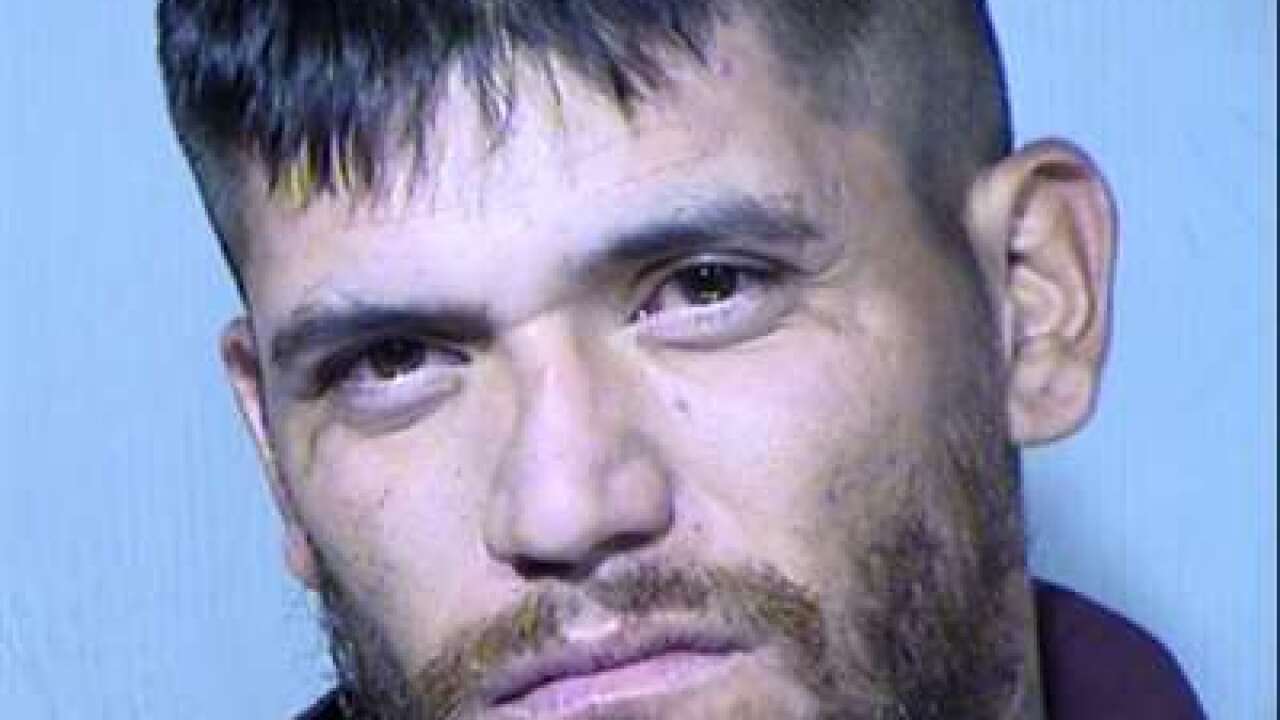 MESA, AZ — A man was arrested after using an ax to hack away at the door of a Mesa family while yelling profanities and threats.

Mesa police report that on November 9, a man with no shirt and tattoos on his back knocked on the door of a home near Gilbert Road and Southern Avenue. When the victim opened the door, the man, later identified as Emisael Baltazar Paz, 30, entered the home without permission and asked for someone while looking around.

The family of six asked Paz to leave multiple times, which he eventually did. The victim locked the door behind Paz, who then tried to re-enter the home.

Police say he left for a short while and returned with a four-foot ax and "started to hack away on the door." He also was allegedly yelling profanities and threatening to kill the victim.

Just before police arrived, Paz left and was soon located by police at a nearby apartment unit. Court records show that police found the ax in the bathtub of Paz's apartment.

Upon his arrest, Paz told police that something in his head told him that his ex was in the home, and he was upset because he was not allowed to search the home for her.

Paz has been charged with criminal trespassing and disorderly conduct.