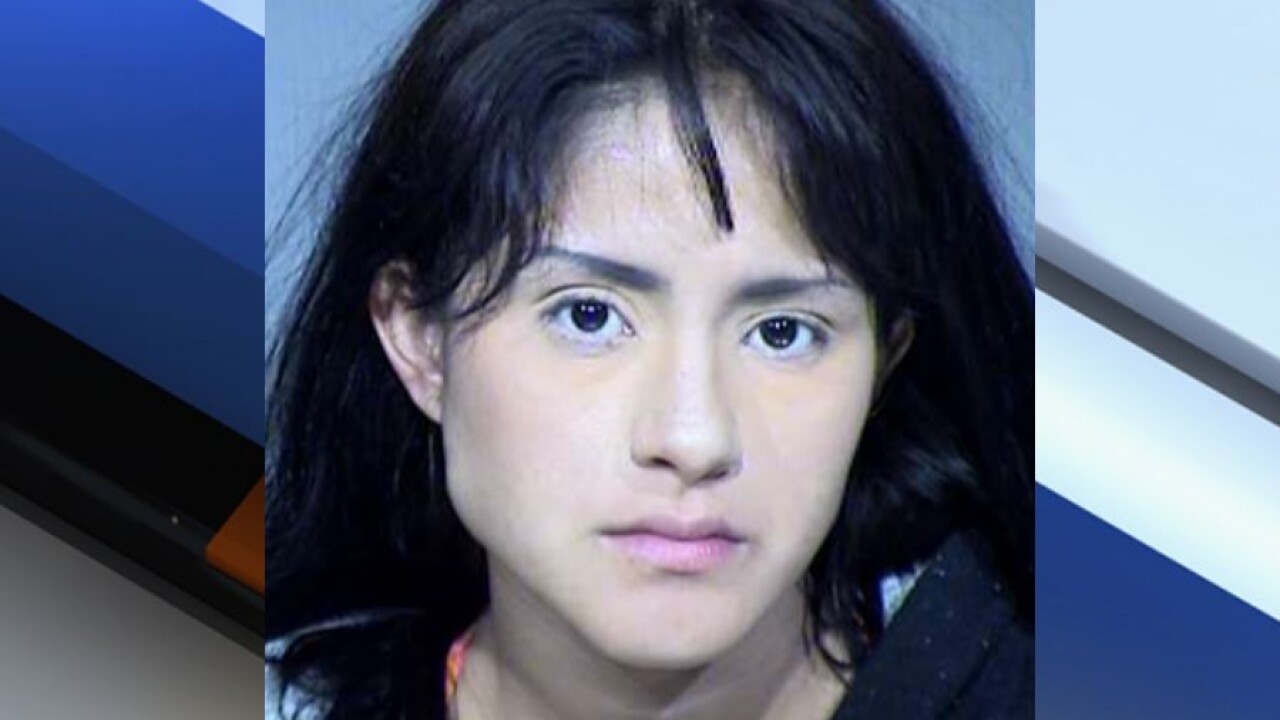 CHANDLER , AZ — A Chandler murder investigation revealed another crime leading to another arrest.

The two men were arrested after firing 18 rifle shots, hitting the victim several times. Some of the shots were fired at close range, according to police.

Police say a female witness and Daniela Roblero Garcia, 25, were both romantically involved with Contreras. Garcia, allegedly confronted the witness that morning, assaulting her and taking her cell phone.

During the murder investigation, police reportedly found a nude picture of the witness with notes written below in part saying that Contreras will have an "STD for cheating on his girl."

When questioned, Garcia allegedly admitted to stealing the woman's phone, accessing the photo, adding the note, and posting it to social media.

Garcia has been charged with computer tampering and unlawful distribution of images.