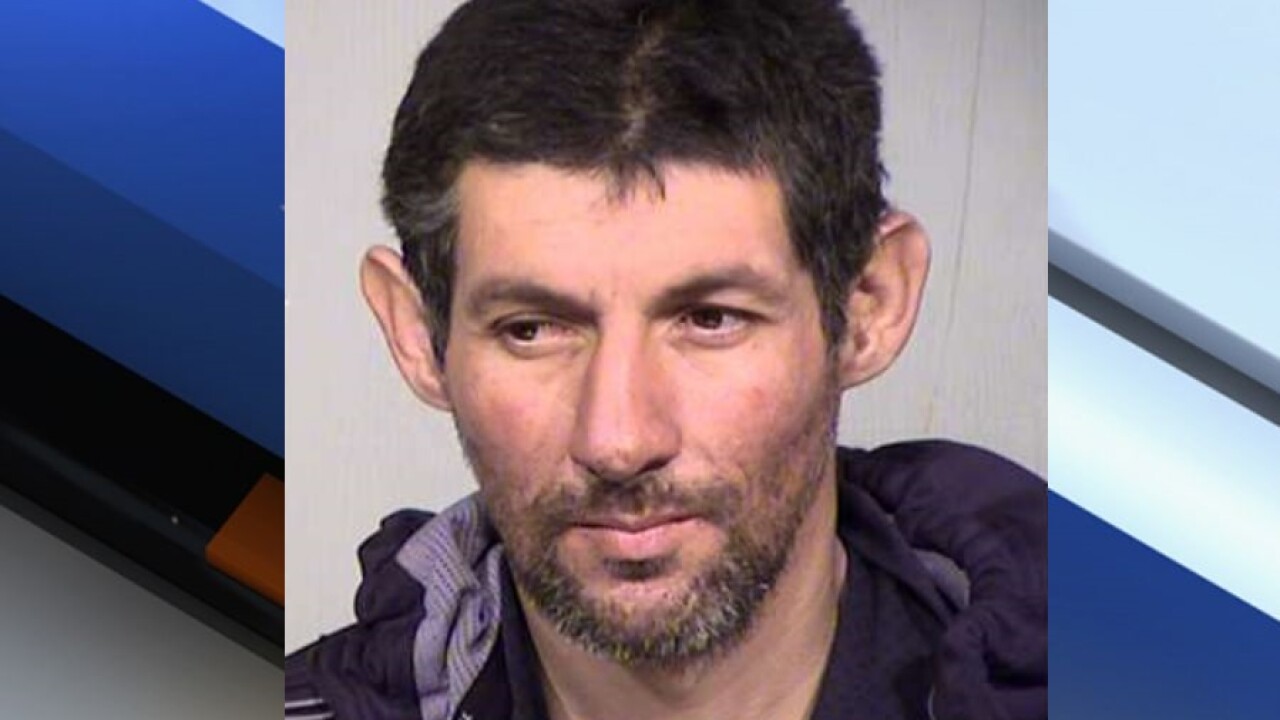 GOODYEAR, AZ — A man with a machete was caught cutting and stealing copper wires from a business in Goodyear.

Goodyear police report that January 2 they were called to a business near Litchfield and McDowell roads for a burglary.

As they approached, they reportedly saw Jesus Connie Montez, 37, cutting copper wires with a machete.

Police say there were "multiple piles of wires surrounding Montez."

The business owner allegedly told police that in addition to having $3,000 worth of copper wires stolen, he was also missing a wheelbarrow and four batteries worth about $2,400.

Upon his arrest, Montez reportedly admitted to stealing the wire, but not the batteries.

Police say they also found meth in his sock.

Montez has been charged with burglary and possession of burglary tools.