Glendale PD: Man arrested for stealing over 70 items from the base exchange at Luke Air Force Base 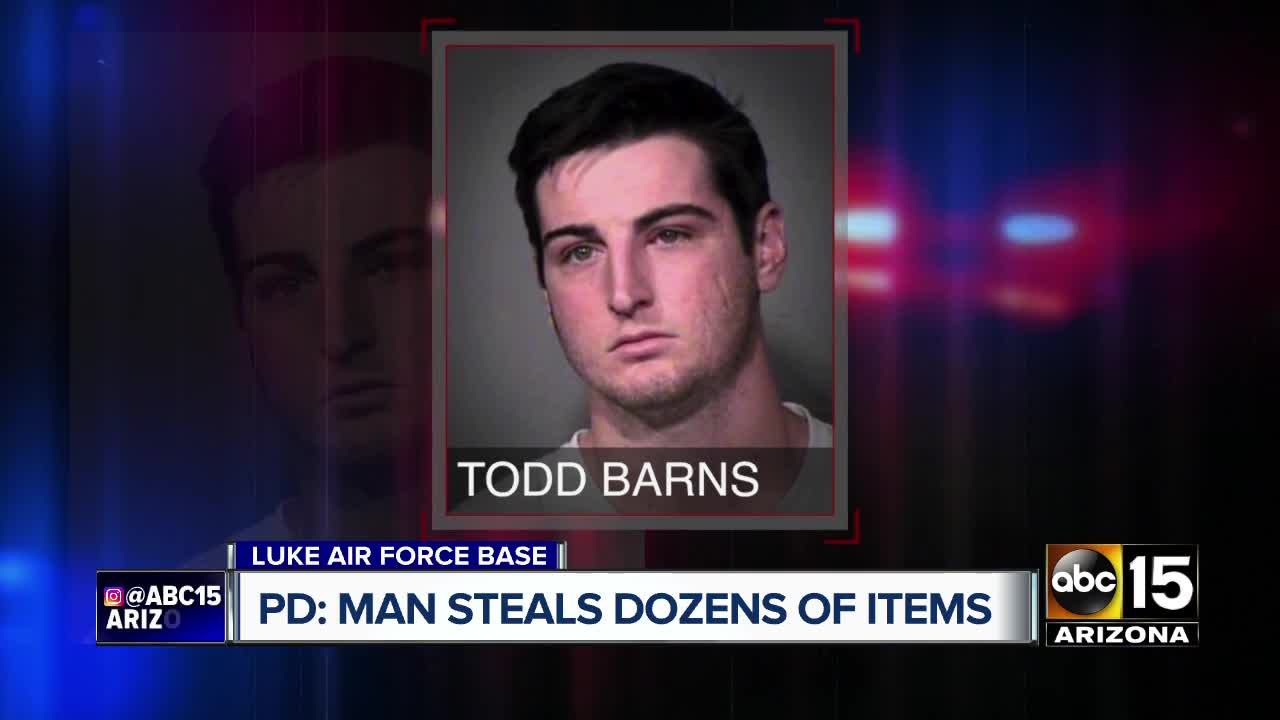 An airport luggage thief is caught after taking bags containing items worth $5,000-$8,000. A Litchfield Park man is accused of stealing over 70 items from the base exchange at Luke Air Force Base. 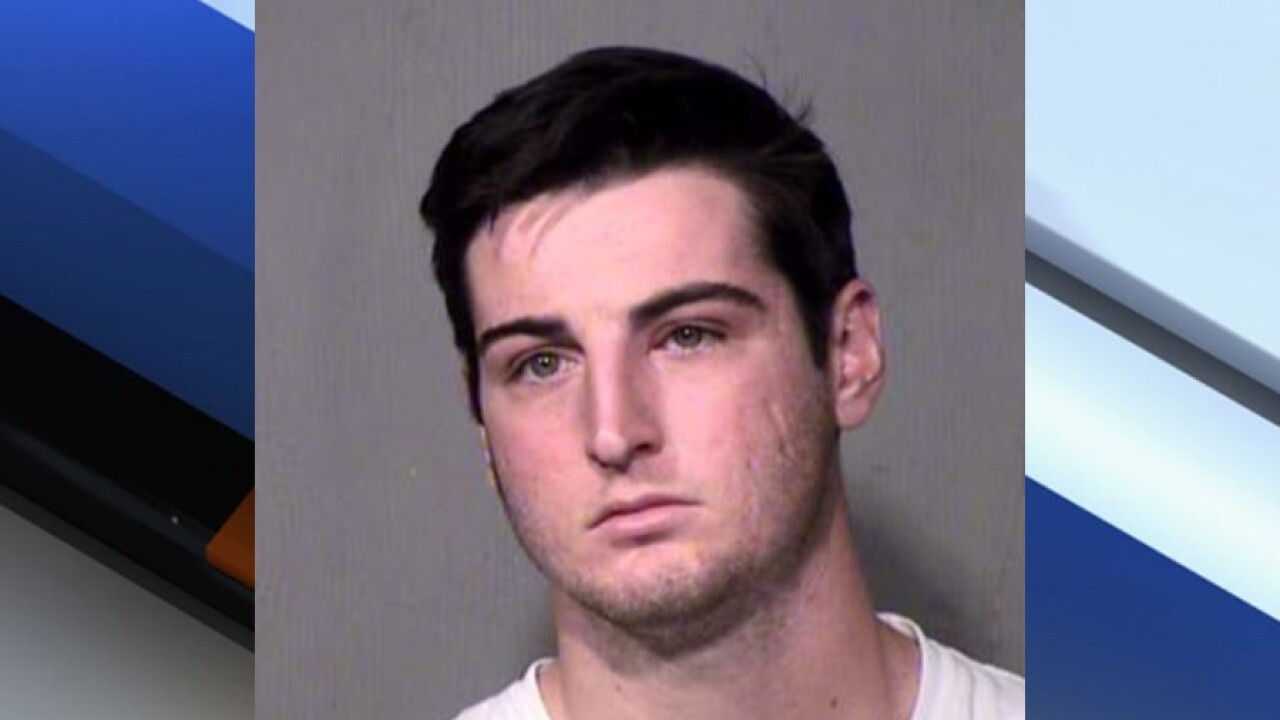 LUKE AIR FORCE BASE, AZ — A Litchfield Park man is accused of stealing over 70 items from the base exchange at Luke Air Force Base.

Glendale police report that from January 2019 until April 2019, loss prevention employees have been tracking numerous thefts from the Luke Air Force Base Exchange. Most of the items stolen were audio/video components, video games, and accessories, according to court records.

They gave Glendale detectives their reports and surveillance videos from 23 thefts allegedly committed by Barns.

In one video, Barns is reportedly seen removing security devices and storing them under an aluminum shelf inside the exchange.

When investigators checked the shelf, they reportedly found over 70 security devices stored under the shelf.

Glendale detectives also found several pawn transactions done by Barns around the time of each theft.

On April 22, Barns was arrested at his home in Litchfield Park.

He's been charged with theft and trafficking in stolen property.