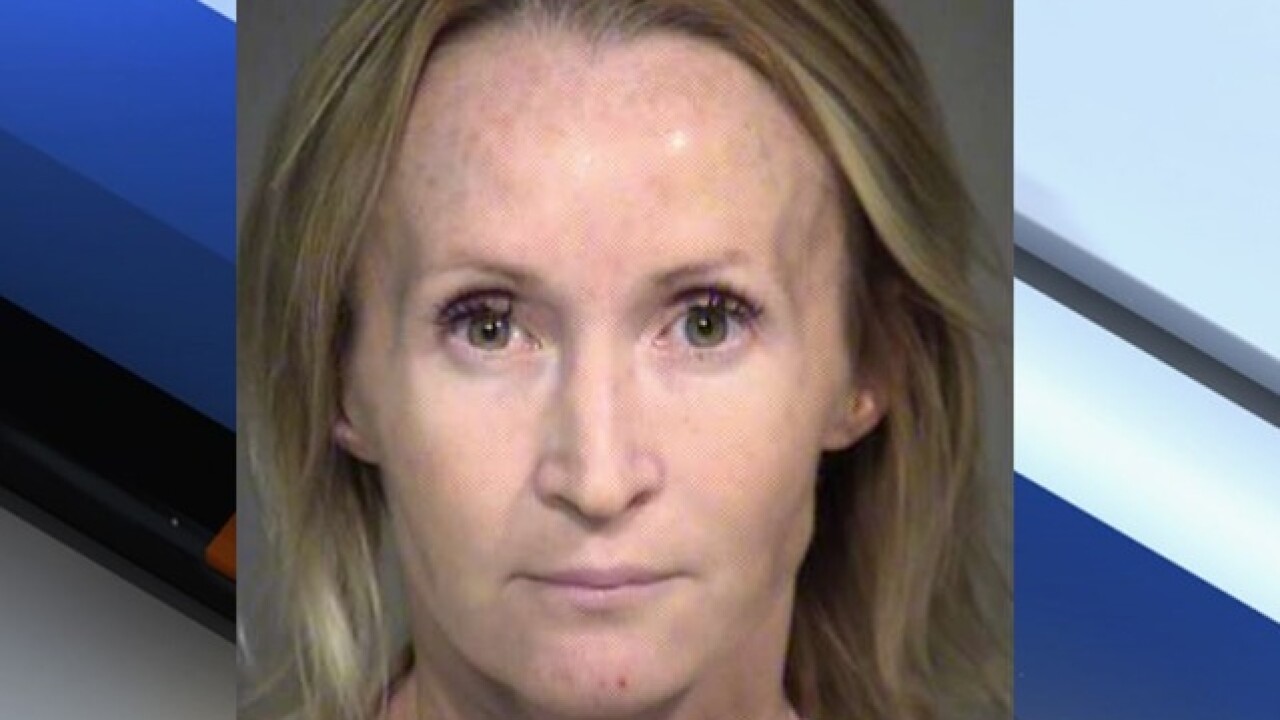 Copyright 2018 Scripps Media, Inc. All rights reserved. This material may not be published, broadcast, rewritten, or redistributed.
MCSO
<p>Tiffany White</p>

Mesa police report that 46-year-old Tiffany White was boarding two horses at a facility near Val Vista Drive and Thomas Road and accrued over $13,000 in unpaid boarding fees.

The boarding business filed a lawsuit against White, and was awarded the two horses as compensation.

At the time, White allegedly threatened to steal back the horses.

Around 9:15 p.m. on December 15, workers found the horses, padlocks, and chains missing.

A month later, police reportedly located the horses at another boarding institution. The owner told police that White brought the horses there about 1 a.m. on December 16, just a few hours after the theft.

The horses have since been returned to their rightful owner, but White remains missing.

If you know anything about her whereabouts, please contact Mesa police.