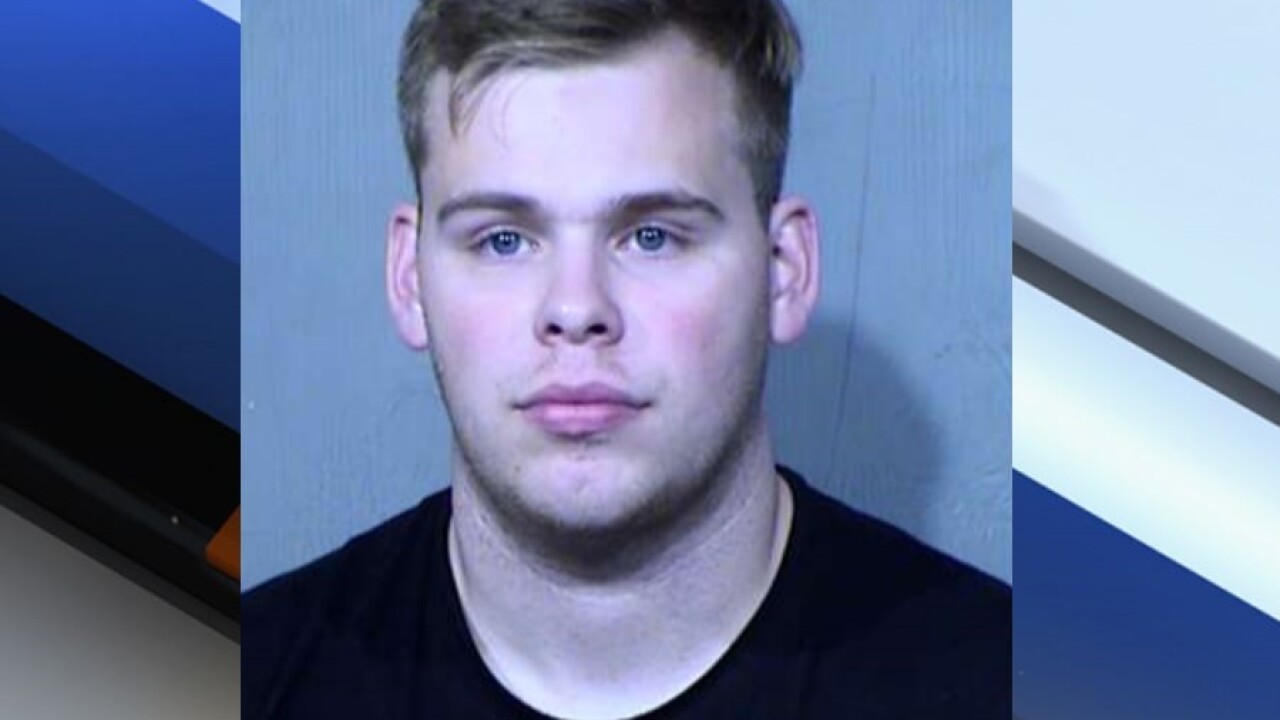 ANTHEM — Firefighters from Fire Station 55, near 27th Avenue and Jomax Road, captured a man who entered their Anthem fire station and allegedly removed items from a fire truck, according to police.

Phoenix police report that on August 17, a man, later identified as 21-year-old Joshua Michael Osby, entered the garage of Fire Station 55 without permission.

Osby allegedly removed boots and pants from the fire truck before using a rock to shatter the window to the fire station's living quarters, police say.

He then walked through the station's gym area before entering the kitchen, according to police.

In the kitchen, he was confronted by three firefighters who subdued Osby until police arrived.

Osby has been charged with criminal damage and trespassing.