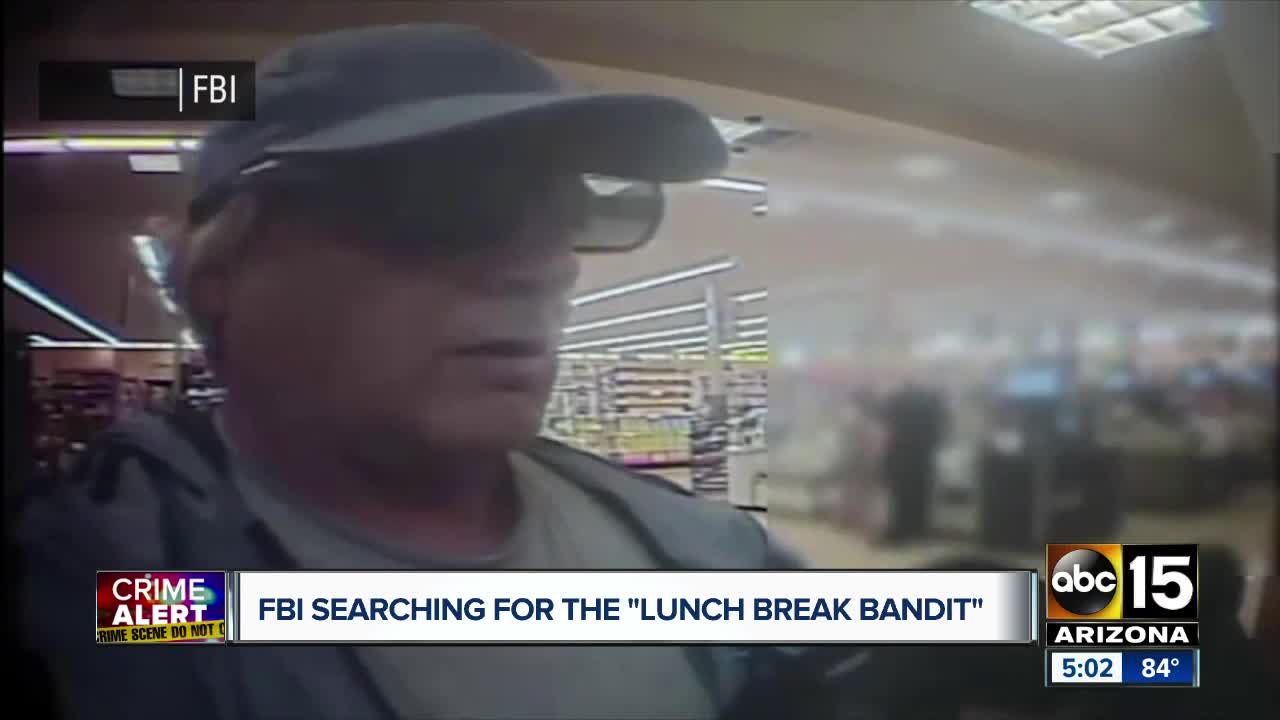 FBI is searching for the "Lunch Break Bandit" after a string of Valley bank robberies. 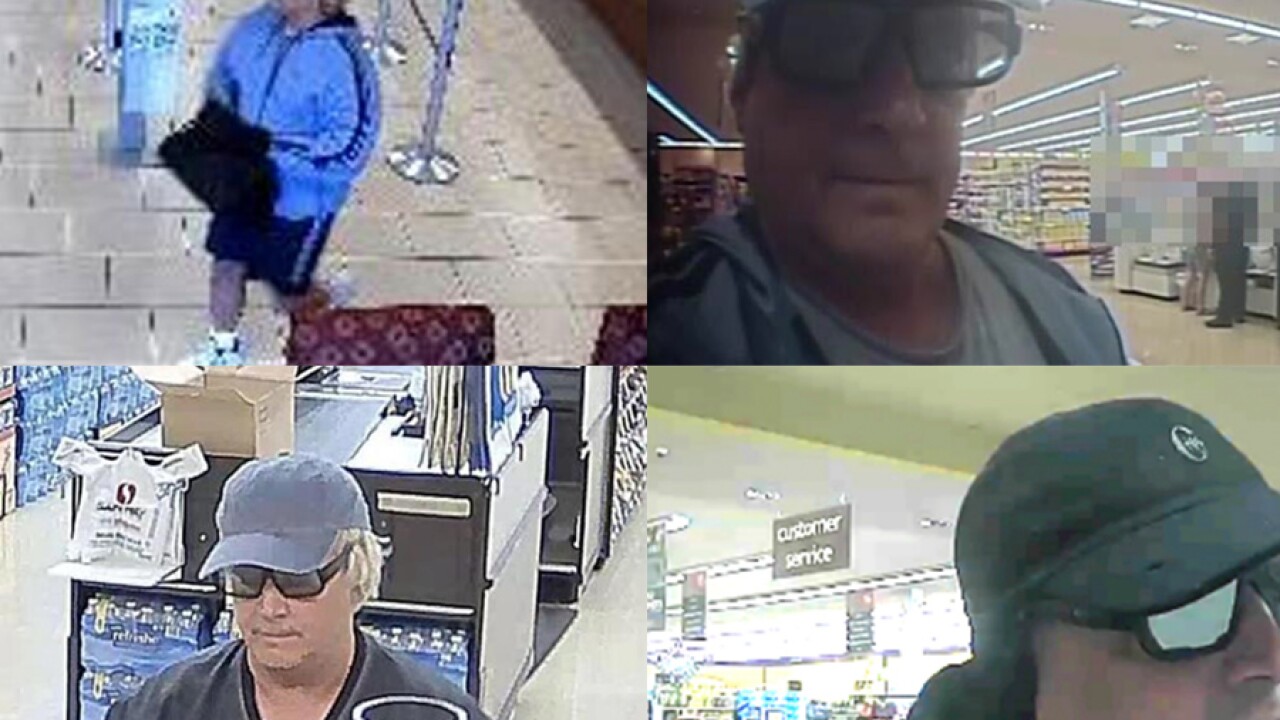 PHOENIX — The FBI is asking for the public’s help in locating the “Lunch Break Bandit” accused of nine bank robberies across the Valley.

The FBI says the first known incident happened in February, with the most recent occurring on October 12.

Investigators call him the “Lunch Break Bandit” because many of the robberies took place between noon and 12:30 p.m.

The bandit has struck nine banks, mostly inside grocery stores.

So far, he has robbed banks in Gilbert, Mesa, Scottsdale, Glendale, Phoenix, Peoria, and Litchfield Park.

In the past five robberies, the bandit has worn a light blue baseball cap, a blond wig, and thick black sunglasses. He carries with him a black duffle bag, handgun, and a note demanding money. He is considered armed and dangerous.

A reward of up to $10,000 is available for information leading to the identification, arrest, and conviction of the suspect.

Anyone with information is asked to call the FBI at 623-466-1999 or Silent Witness at 480-WITNESS. Tips can also be reported to tips.fbi.gov.