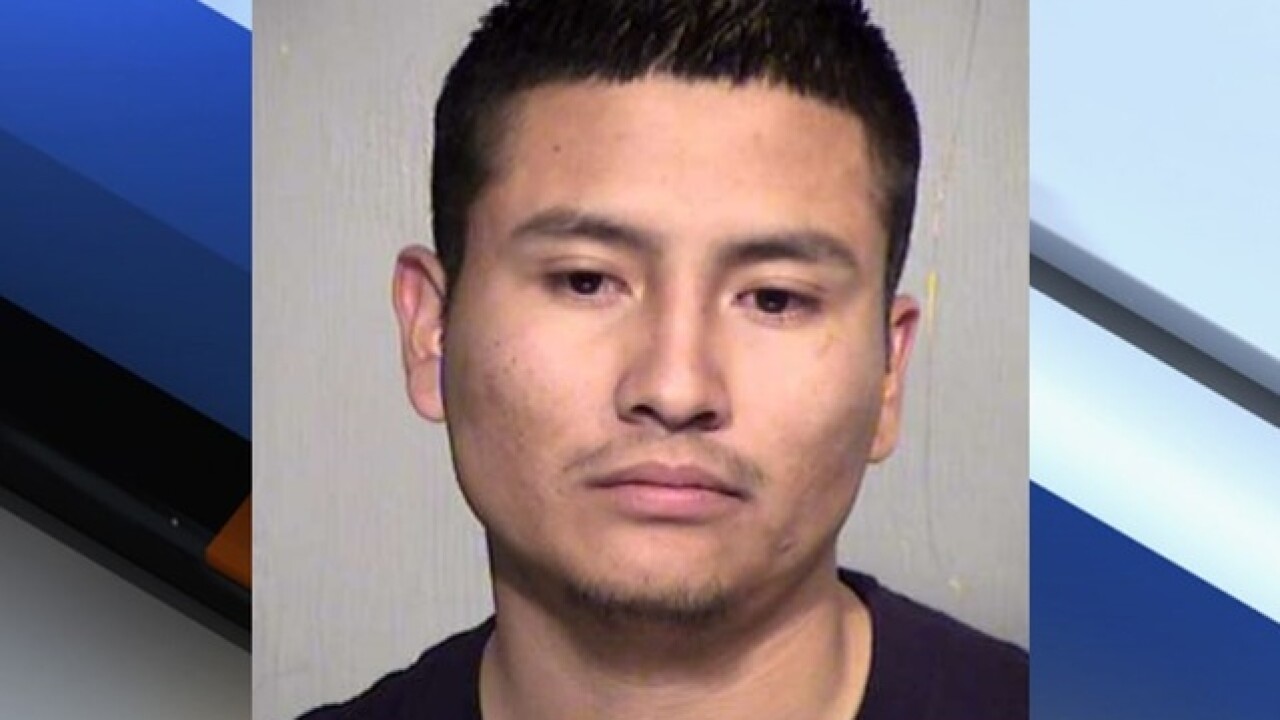 An intoxicated wrong-way driver was caught early Saturday morning on the Loop 101 near 90th Street.

DPS says that early Saturday morning they received reports of a car traveling southbound in the northbound lanes of Loop 101 near 90th Street in Scottsdale.

The vehicle soon pulled over, and troopers found 21-year-old Rueben Joseph Valdo in the driver’s seat.

Valdo allegedly admitted to having a couple of drinks earlier in the night but refused a field sobriety test. DPS says a breath test showed Valdo's blood alcohol content at .140.

He has been charged with aggravated DUI.