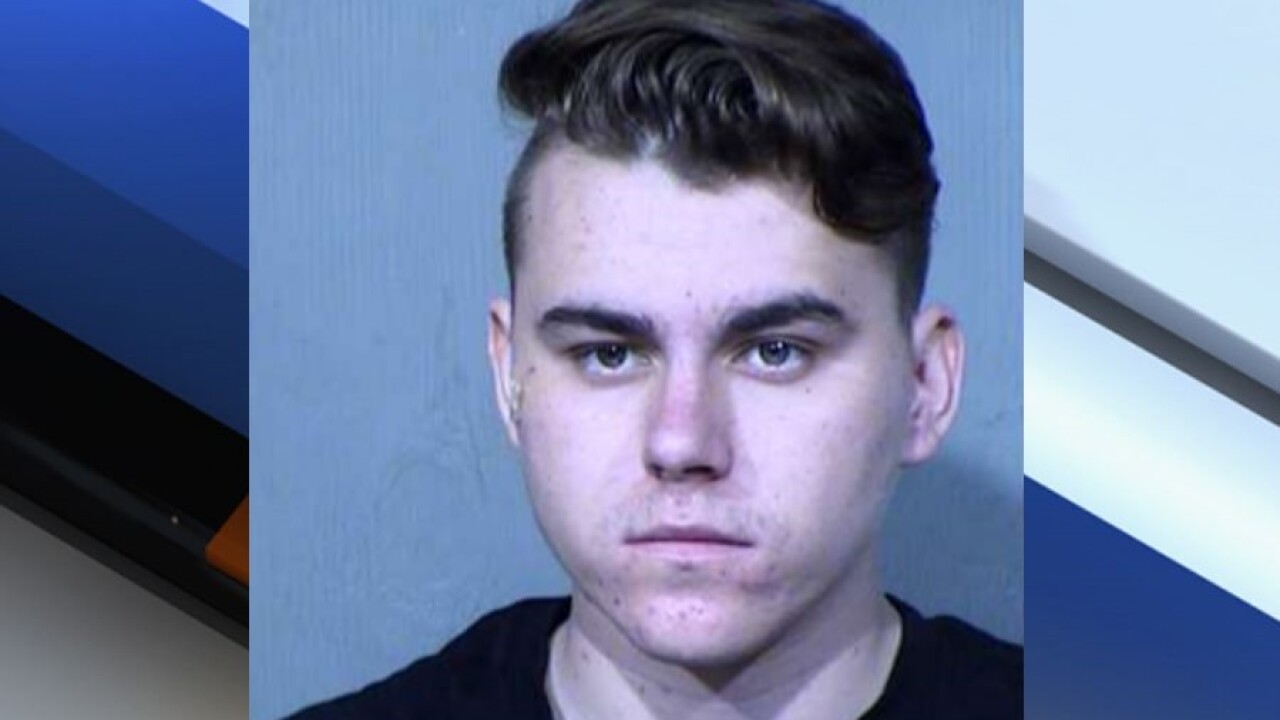 PHOENIX — An underage man was arrested after driving the wrong way on Loop 101 in North Phoenix while drunk.

The Department of Public Safety reports that on September 15 about 2 a.m, troopers were notified of a wrong-way driver on the Loop 101 near I-17.

DPS was notified by ADOT, 911 callers, and a Phoenix police officer who took evasive action to avoid being hit by the Maroon Dodge Charger. The car later came to a stop on the Loop 101 frontage Road near 35th Avenue.

When troopers contacted the driver, 20-year-old Garrett William Ruby, they say he had vomited in the car. Ruby allegedly admitted to being too young to drink. He said he had consumed beer while partying with friends in Tempe.

DPS says Ruby was unaware of where he was. Court records show his blood-alcohol level was .124.

He has been charged with endangerment and aggravated DUI.