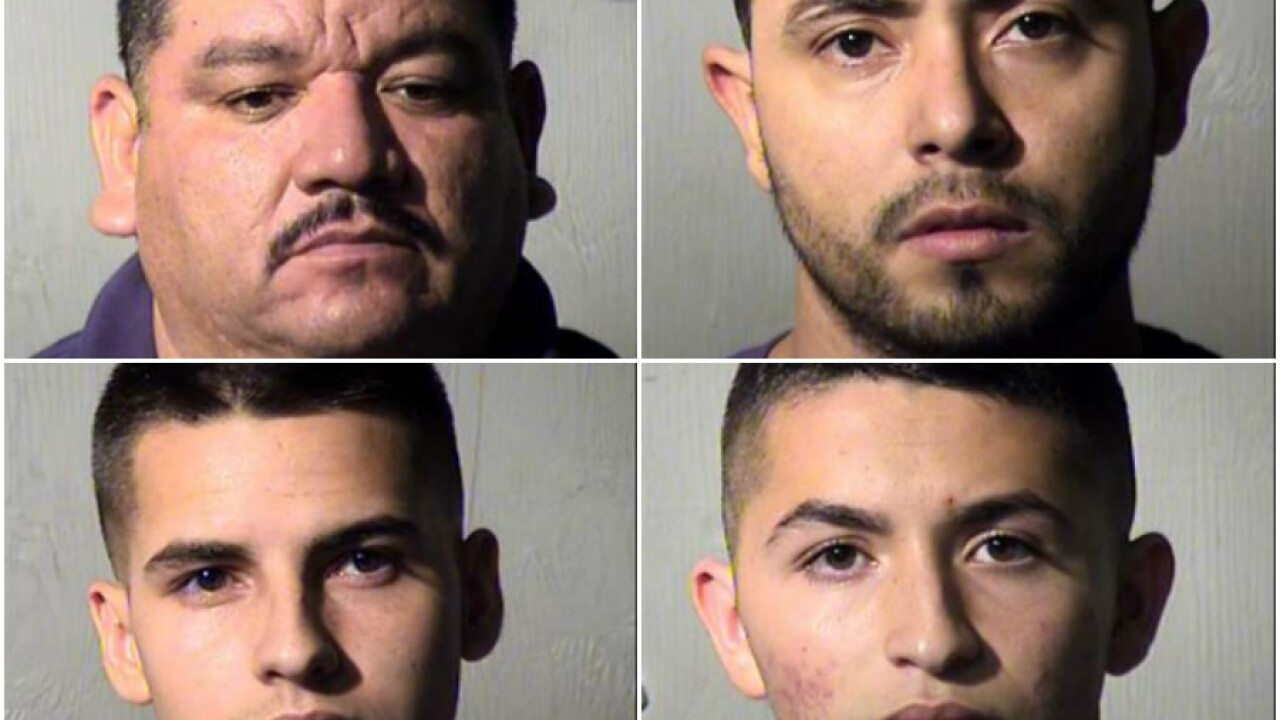 The Department of Public Safety reports that on August 11 a Silver Chevrolet Malibu was stopped for a moving violation on I-10 near 40th Street.

The car, driven by Filiberto Felix Esquer, 40, of Navajoa Mexico, was searched by DPS. Inside an "aftermarket hidden compartment" DPS allegedly found 22 pounds of Fentanyl, 2.5 pounds of black tar heroin and 5 pounds of brown heroin.

Esquer and his passengers, Jesus Carranza, 18, Jorge Areizaga Gaona, 29 and Manuel Antonio Felix, 19 have all been charged with the illegal transporting of narcotics.