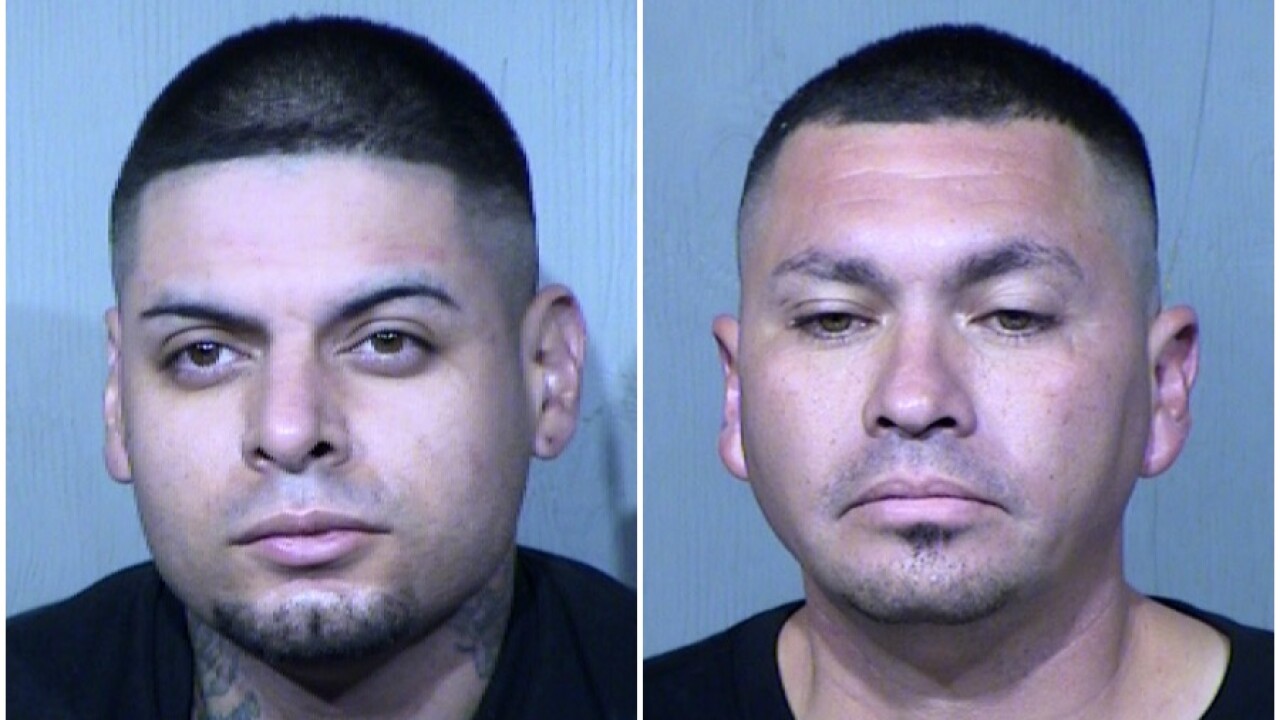 DPS reports that late Wednesday night, they conducted a traffic stop on I-17 near Northern Avenue for a car with a broken headlight.

According to DPS, Daniel Anthony Fowler, 37 and Isaac Israel Peinado, 28, were both inside the vehicle and both had warrants for their arrest.

Troopers reportedly found meth in Peinado's pocket and body armor in the back seat of the car.

Inside the trunk of the car, DPS allegedly found a fully automatic 9mm submachine gun and "many rounds of 9mm ammunition," court records state.

Fowler and Peinado are both being held without bond for drug and weapons violations.