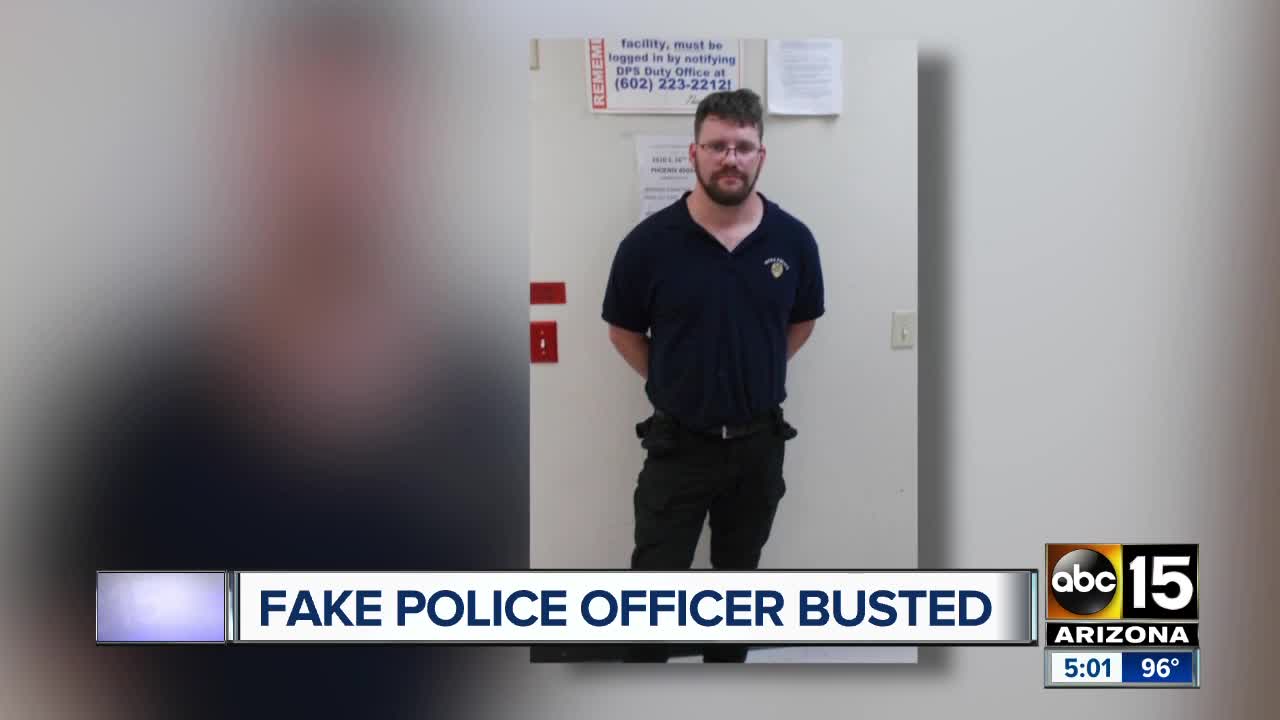 A 28-year-old man has been arrested for impersonating a Mesa police officer, according to officials. 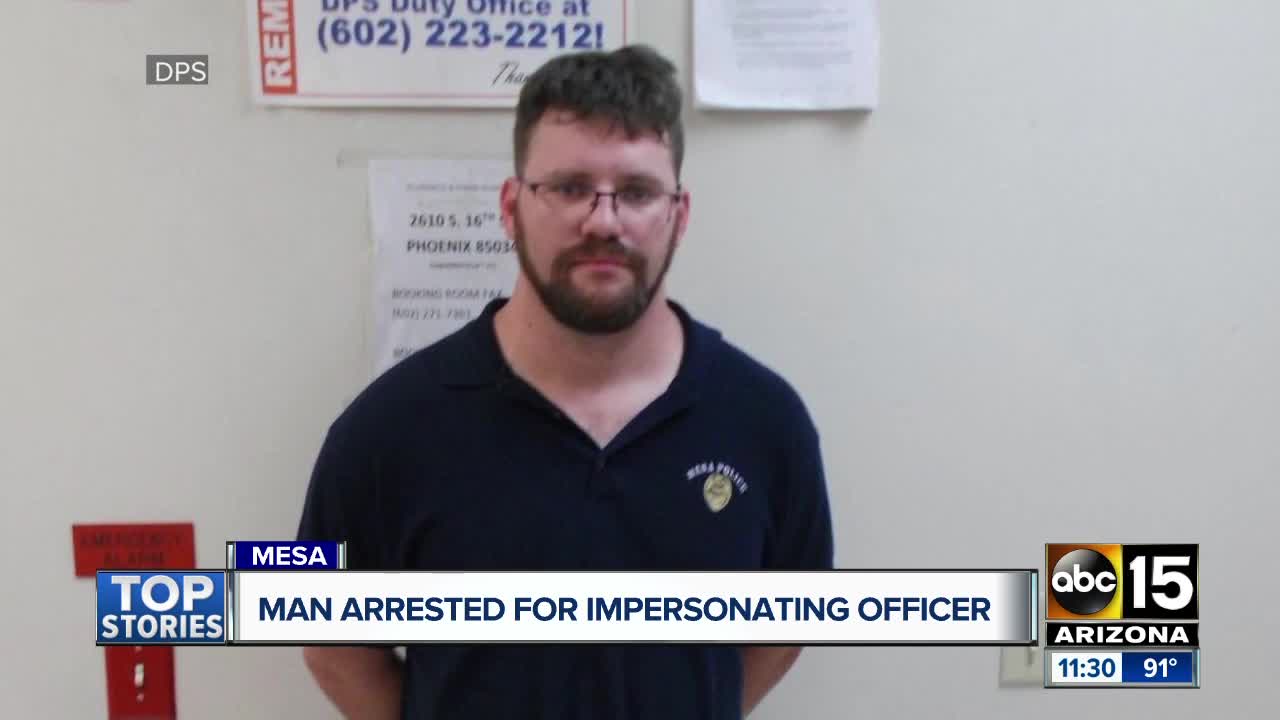 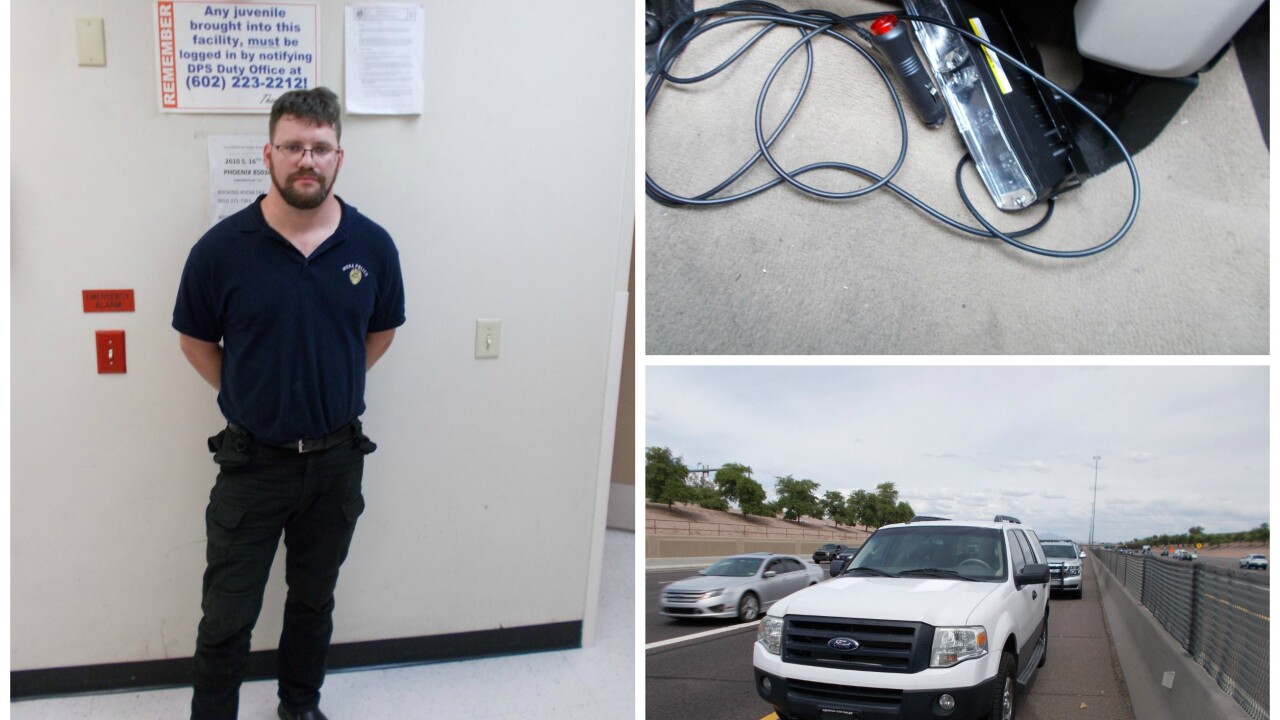 MESA — A 28-year-old man has been arrested for impersonating a Mesa police officer, according to officials.

Sergeant Brandon Powell was traveling westbound on US-60 near Lindsay Road when he noticed an SUV initiating a traffic stop, according to the Arizona Department of Public Safety.

DPS said Sgt. Powell noticed the SUV had blue and red strobe lights, and believed the SUV was an unmarked police vehicle.

Sgt. Powell stopped to assist and observed a man, identified as 28-year-old Joshua Hillman, speaking with the female driver he pulled over, AZDPS says.

The seargent also noticed Hillman was not wearing a firearm on his waist and was wearing a shirt with the letters "MESA POLICE" embroidered, along with a gold badge.

Sgt. Powell began to question Hillman and "determined he was not a law enforcement officer, nor was he affiliated with the Mesa Police Department."

Hillman then told Powell he pulled the female driver over because she "cut him off in traffic," according to DPS. He also allegedly admitted that he'd used the red and blue lights to contact stranded motorists in the past.

Hillman was arrested and booked into the Maricopa County Jail for one count of impersonating an officer and three counts of kidnapping, DPS says.

DPS investigators are asking members of the public to come forward if they have had contact with Hillman in the past.