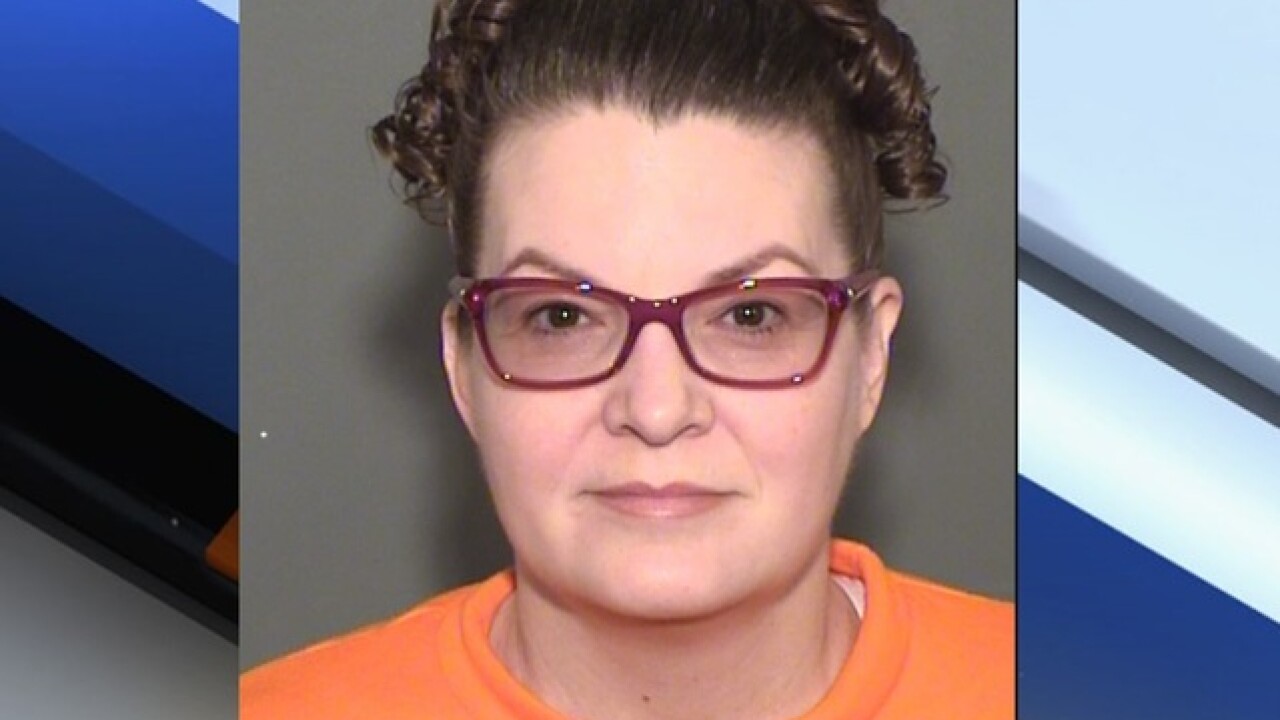 Arizona’s most notorious death row inmates past and present have incredible stories including this one where a woman poisoned then physically attacked her terminally ill husband.

On October 7, 2000, Wendi Andriano, her husband Joe and their two children did what many of us do in the fall in Arizona and had a backyard barbecue.

Later that night, they returned to their Ahwatukee apartment and put their small children to bed.

Around 2 a.m., Andriano called a co-worker who also lived in the same apartment complex asking him to watch her kids since she had to take her husband to see a doctor. Joe had been diagnosed years earlier with a rare form of cancer.

My husband's on the floor dying, and I haven't called 911 yet

When the co-worker came to the apartment, Andriano told him, "I have a problem. Don't ask any questions. My husband's in on the floor dying, and I haven't called 911 yet."

The co-worker found Joe on the floor weak and having trouble breathing. Joe did manage to tell the co-worker that he needed help for a long time, that he was violently ill and was vomiting. He also asked, "Why it was taking 45 minutes for the paramedics to arrive?"

When the paramedics did arrive and were unloading their equipment, Andriano yelled at them to go away. She came around from the back of the house, meeting paramedics out front and telling them that Joe had a "do not resuscitate order." The paramedics and the co-worker then left.

About an hour later, the woman called paramedics again; this time, they got into the house and saw a gruesome sight. Joe was lying in a pool of blood on the floor with a broken bar stool, pieces of a lamp and a bloody knife nearby.

They found gelatin capsules filled with  sodium azide in a bottle

Police searched Andriano's storage unit and found a 500-gram bottle of sodium azide. In the apartment, they found gelatin capsules filled with sodium azide in a bottle labeled "herbal supplements."

Nearly 21 grams of sodium azide were missing from the bottle.

The medical examiner determined that Joe was struck in the head 23 times and also suffered a large stab wound in his neck.

At trial, Andriano testified for nine days, claiming that she was physically and psychologically abused by her husband. She also argued that after a failed assisted suicide attempt with the poison, they got into a fight, and she defended herself by striking Joe with the barstool. She said that he became enraged after finding out about her extramarital affair, and they fought over a knife.

Maricopa County prosecutor Juan Martinez painted a different picture saying that Andriano was going to bars and having multiple affairs. He said she also tried to elicit the help of friends to pose as her husband so she could try to get life insurance on her husband. Martinez said Andriano sought to poison her husband to pass off his death as a heart attack to get money from a malpractice lawsuit.

Friends of the couple testified that they never saw any signs of abuse.

Andriano was convicted of first-degree murder on November 18, 2004, and sentenced to death on December 22.