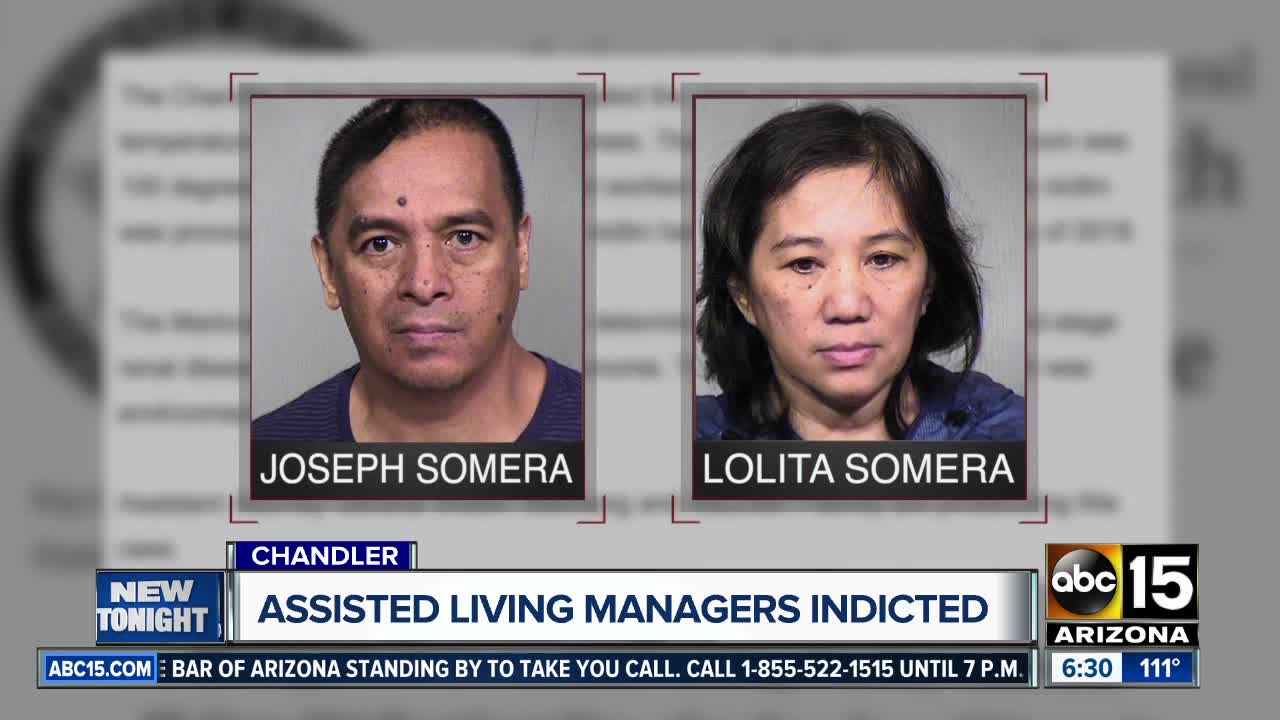 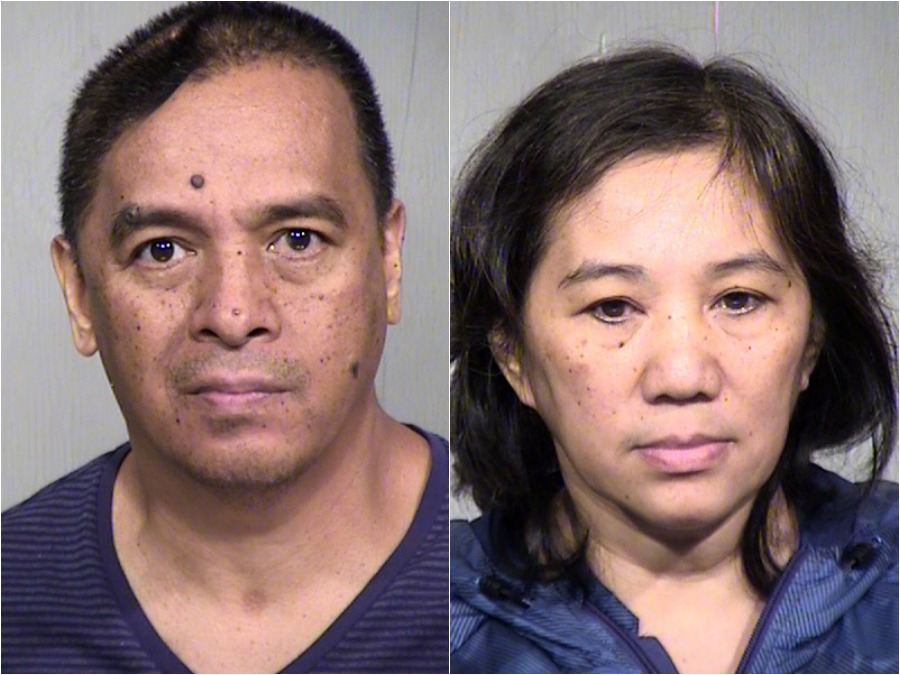 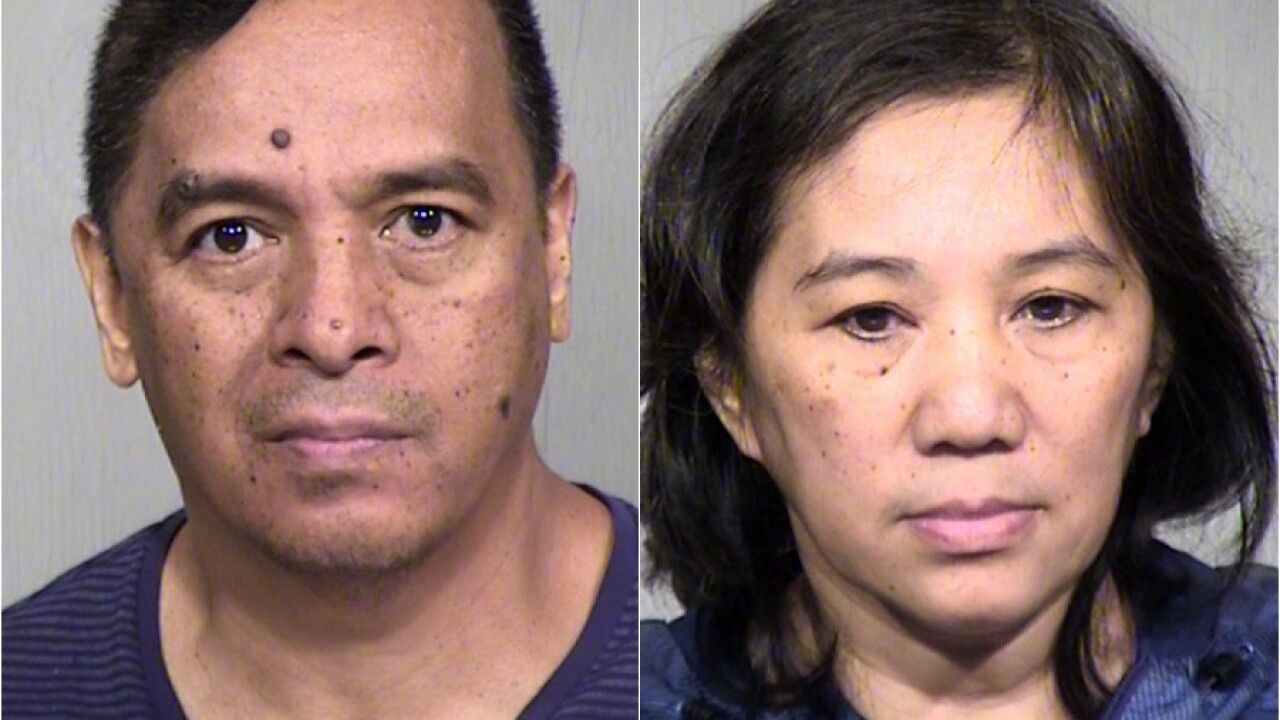 CHANDLER, AZ — A Chandler couple who manage an assisted living facility has been arrested for abuse in connection with the death of a man in their care.

The couple manages the Happy Homes assisted-living facility in Chandler where 69-year-old Jon Rager died last August after two days without air conditioning, according to the AG's office.

Investigators say there were five residents in the home at the time.

Rager had lived at the home for four months. Investigators say the temperature in Rager's room was 100 degrees.

The couple is from the Philippines, and their status in the U.S. is "questionable" according to Immigration and Customs Enforcement.

Their next court date is August 22.