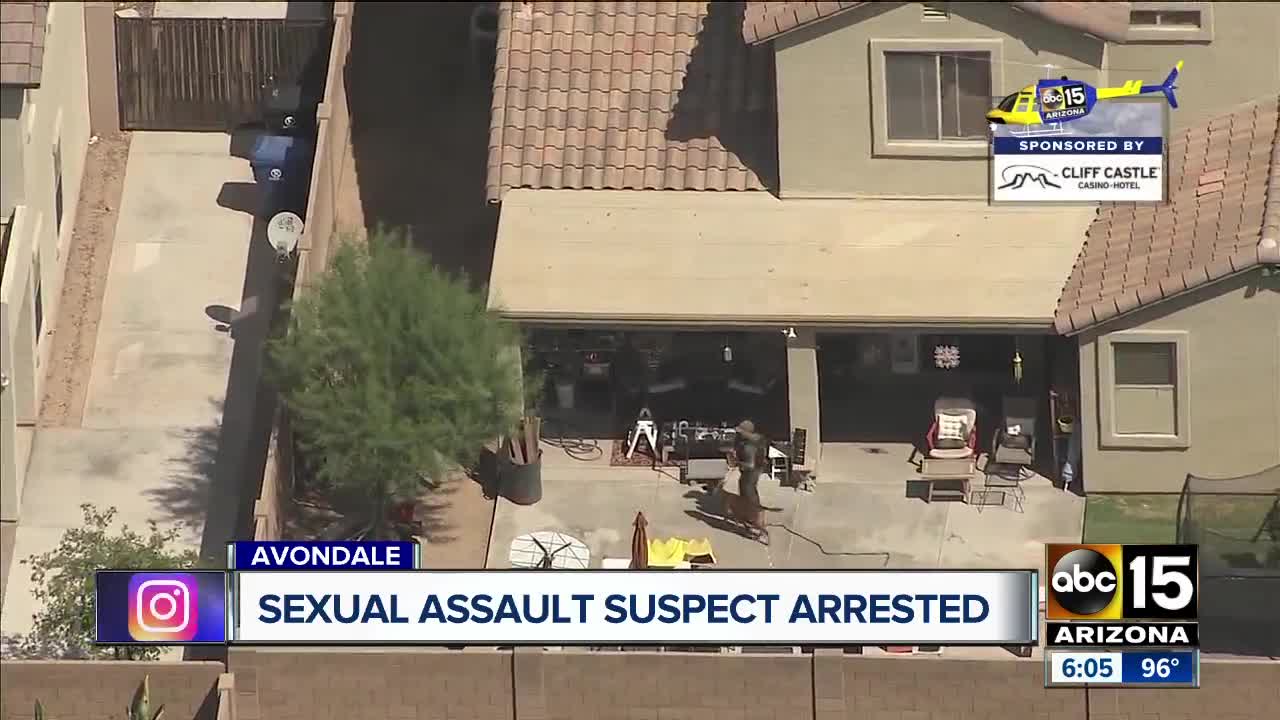 AVONDALE, AZ — Police say a suspect was arrested Monday after a reported sexual assault in Avondale.

On Monday officers responded to the area of Palm Lane and Avondale Boulevard around 8 a.m. after receiving reports of a sexual assault in the area.

During the investigation, police determined the suspect was a 17-year-old African American male with a distinct arm tattoo, wearing a gray shirt, black basketball shorts.

Avondale police, along with the Maricopa County Sheriff's Office K9 unit and air unit, searched for the suspect. Schools in the area were placed on a brief lockdown, police say. The suspect was eventually taken into custody nearby.

Court paperwork obtained by ABC15 now gives the details of the assault.

Avondale police say the victim returned home that morning with her preschool-age daughter when the suspect knocked on her door asking for water. She was giving him a water bottle through the security door when he burst into the home and threw her to the floor.

The woman offered to pay the suspect who allegedly told her, "I don't want your money."

He dragged the woman and her daughter to the girl's bedroom where the victim begged, "don't do this in front of my daughter."

The suspect continued his assault and threatened the woman saying, "If you don't let me, I might hurt your daughter."

Afterward, the victim convinced the suspect to let her out of the house by saying they could go for breakfast. When the garage door opened, police say, the woman took her daughter and ran to a neighbor for help.

According to court records, the juvenile suspect was on probation for a previous crime and removed his ankle monitor.

He has been charged with kidnapping, aggravated assault and sexual assault.